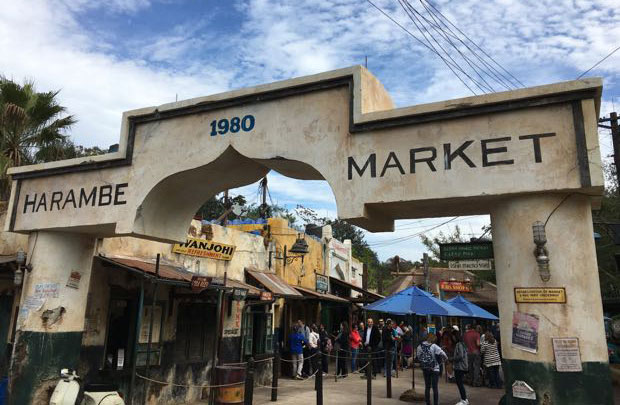 UPDATE 8/4/17: Disney’s Hollywood Studios will be adding three restaurants to the ever-increasing Mobile Order lineup. Backlot Express will offer the service starting on August 8th, with ABC Commissary following suit on August 14th, and PizzeRizzo joining them on August 15th.

UPDATE 8/2/17: Electric Umbrella in Future World at Epcot has been added to the ongoing list of Mobile Order. Also, beginning August 7, Liberty Inn in World Showcase at Epcot will be participating as well.

UPDATE 7/27/17: Beginning July 31, Columbia Harbour House will be added as another option for Mobile Order through the My Disney Experience app.

******
Disney’s Mobile Order service first launched last month at Satu’li Canteen inside Animal Kingdom and it looks like it will soon be extended to more restaurants throughout the Walt Disney World Resort. In fact, Pizzafari has already been added! Under “My Plans” in your My Disney Experience app, you’ll see “Order Food” and when you tap there, you’ll be taken to the screen above that will list the restaurants you’re able to order from. There are filters you can use as well.

Although we have not seen anything officially announced by Disney, Orlando Parks News along with many other sites are reporting that five Magic Kingdom Quick Service restaurants will also begin to offer Mobile Order this summer. The restaurants include Cosmic Ray’s Starlight Café, Pinocchio Village Haus, Tomorrowland Terrace Restaurant, Pecos Bill Tall Tale Inn & Café, and Columbia Harbour House.

When you use the app to order, you can select menu items, customize your order, and pre-pay for your meal by using a credit card. From the screenshot above, it looks like they may soon accept the Disney Dining Plan to pay as well. Once you arrive at the restaurant, you’ll tap the “I’m here” button within the app to notify the dining location to prepare your food. When it’s ready, you’ll be signaled to pick up your meal(s) at an assigned window.