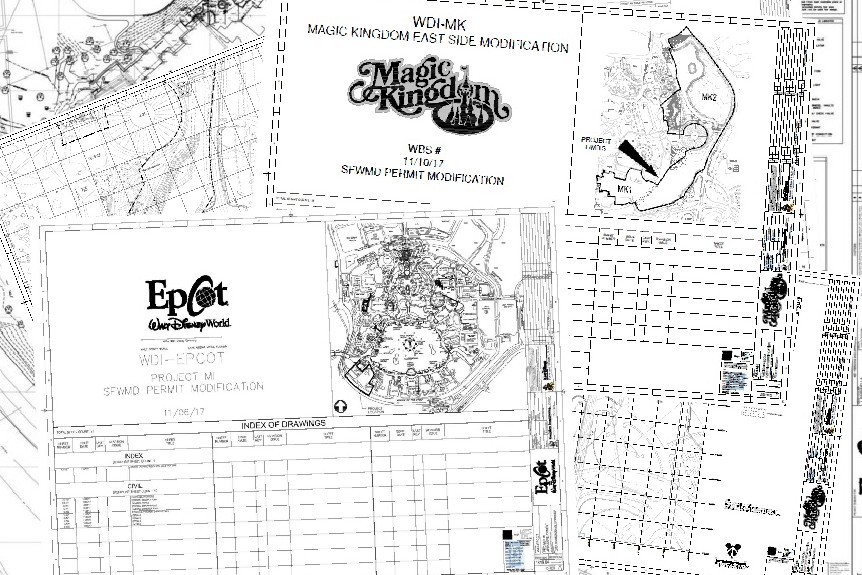 Disney has filed more permits for several of the new Walt Disney World attractions that were announced at the D23 Expo, including the Tron Lightcycle Power Run Rollercoaster and new Main Street theater coming to Magic Kingdom, plus the Ratatouille attraction coming to the France Pavilion at Epcot. The Magic Kingdom permit is short on details, but includes both the Tron coaster and the new theater. The entrance to the theater is on Main Street USA, but the show buildings for both new attractions are within the boundaries of Tomorrowland. The new permit for the Ratatouille attraction has more detail, showing the ride being built on the pad between France and Morocco, as expected. Some of the backstage buildings are being relocated during construction, including a cast member breakroom and an entertainment trailer. The path to the attraction will follow the canal between the United Kingdom and France before passing behind the existing pavilion. There appears to be new shopping and dining options along the path, plus new restrooms. Plans may change as construction continues, but this gives us some idea about the future plans at Walt Disney World.