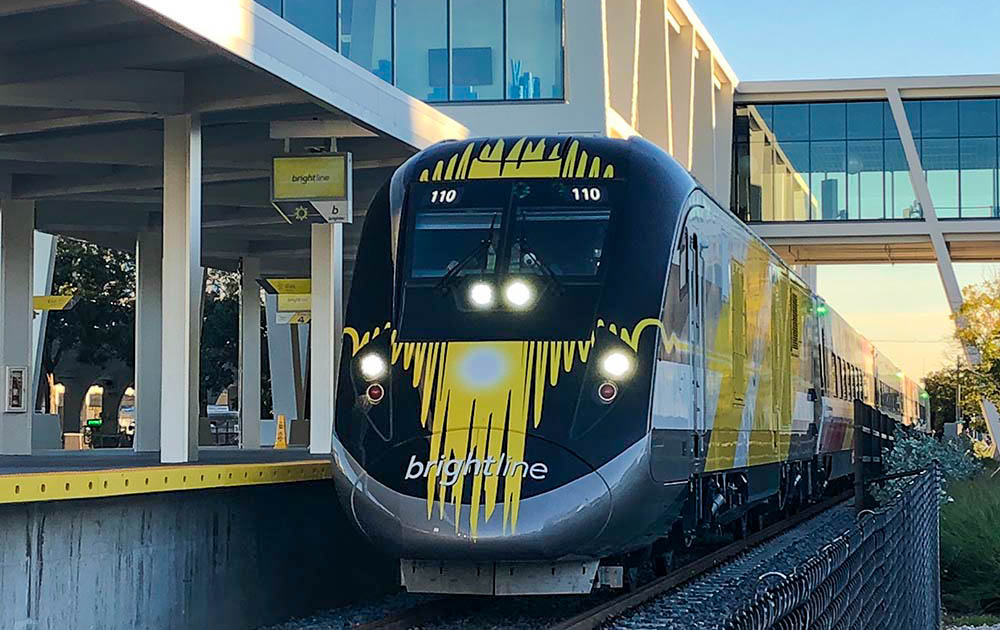 Guests visiting the Walt Disney World Resort could be seeing an easier commute to Orlando International Airport and Tampa in the future, thanks to a possible Brightline stop in the theme park area.

Brightline has previously announced plans to run the high-speed passenger rail from Miami to Orlando, with Orlando International being the final stop, allowing guests to travel between the two cities with greater ease. Now news outlets are reporting that Walt Disney World could have a station of its own.

According to ABC’s WFTV Channel 9, “In its public statement to investors, at the bottom of a long list of documents, a map shows Brightline’s current stations in red and its future stations in pink. It includes a route to Tampa with a stop at Disney in between.”

Along with new intermodal terminals “C” and “D,” Orlando International Airport is creating a station for the Brightline rail system with the possibility of a Sunrail station and another to accommodate a Greater Orlando-based line.

The proposal for a connection between Orlando and Tampa is a newer idea — first proposed in June, with Brightline just getting the go-ahead to negotiate for land yesterday — and a Disney stop along the way could prove to be a game-changer for locals and tourists alike. The proposed systems in total would allow Floridians and visitors to have access to Miami, Orlando, Tampa, and everything in between — greatly improving commutes and vacation options.

Thanks to a minority investment from the Virgin Group, Brightline announced on November 16th that they will soon be changing their name to Virgin Trains USA. Not only are plans being proposed for the Florida connections, but the company also intends to build a rail system between Las Vegas and Southern California.

Founder of Virgin Sir Richard Branson said in a press statement, “Brightline is at the forefront of innovation in this market, and the ideal partner for Virgin to work with to alter perceptions and traveling habits across the United States.”

As of right now, Brightline’s Florida system runs from Miami to Fort Lauderdale and West Palm Beach; this service debuted in May of 2018.

As the concept of a Disney stop is still in its infancy — it still needs a lease and approval — the cost of commuting to the area is unknown. Brightline tickets from Miami to Fort Lauderdale start as low as $10, from Miami to West Palm Beach as low as $15.

As reported by the Tampa Bay Times, Virgin has estimated the average fair of a Tampa-Orlando trip to run approximately $36, or $73 for a single passenger round trip ticket. If the stop is approved, ticket costs from Disney to Orlando International Airport are still anyone’s guess.