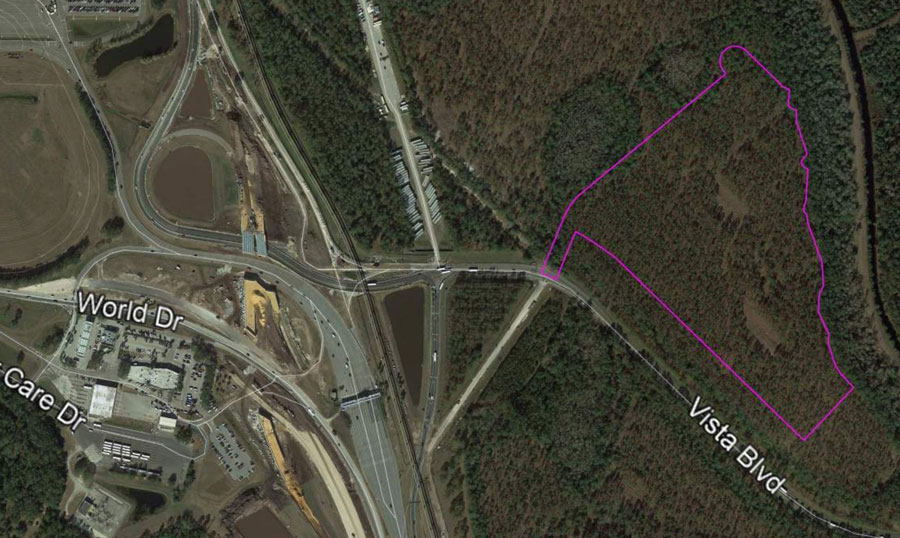 Editor’s Note: While it is always our intent to provide full context, the original publishing of this article neglected to include relevant information to this project. The attached engineering report shows that the Stolport Stockpile is part of “Project 89,” the subject of permits filed for ground boring at the site of River Country, a former water park located near Fort Wilderness Resort and Campground. This would mark the second site where soil samples were taken. The full scope of Project 89 is currently unknown, yet it appears at this point that the project will be unrelated to the former airstrip now used for parking and storage.

The Lake Buena Vista STOLport, or “Short Takeoff and Landing” port, is a defunct private airport that the Walt Disney World Resort currently uses for parking and storage. Permits filed with the state today under the project name “Stolport Stockpile” open the doors for speculation as to what Disney’s plans are with the area adjacent to the former airport, and whether this project could incorporate the original airstrip itself. The submitted documents are for grading and stockpiling of an area 30.2-acres-large directly to the east of where the previous STOLport sits; additional environmental engineering reports are also attached. This is standard procedure before actual construction begins, and the plans directly reference a 24-foot-wide road that will extend a current strip of roadway and stretch along the plot’s western perimeter, with future extensions accounted for. The original airstrip was small by industry standards, built only to accommodate a maximum of four aircraft at a time; most importantly, a hangar was never constructed. It was meant as a means of travel to larger local airports for guests and executives visiting the resort. Disney had the intention of building a more full-service airport for the resort, so it never invested in additional facilities for the STOLport. The full scale airport never came to fruition, and eventually the small airstrip fell completely out of use. The property has only been used as a parking and storage facility since December of last year.

There are two important factors to note with these documents. The first, is that given the lack of any hangars built for the original airstrip, if Disney ever has plans to reopen it they would presumably involve the construction of new facilities. The most notable factor, though, is that the area is still an active no-fly zone and the airport is no longer registered with the FAA.

The documents use the name “Stolport,” which could be telling, given that a new warehouse or parking facility would normally have a more descriptive or accurate project title. The “STOLport” title may be well-known enough among Disney cast members and guests to serve as a location description, though, so those wealthy enough to afford a private flight into Disney may not want to get their hopes up just yet.

We will continue to follow this project as more news develops.