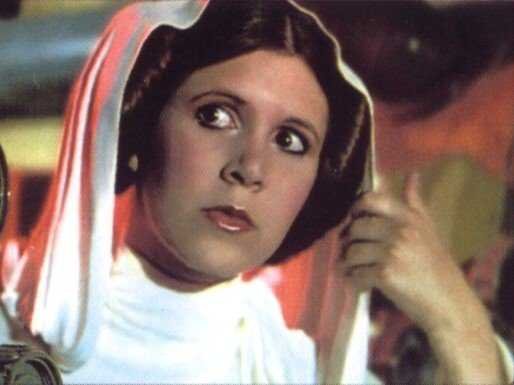 Carrie Fisher’s unfortunate passing on December 27, 2016 has left behind a big disturbance in the force. We told you that Carrie Fisher was done filming Star Wars: Episode VIII at time of her death, but her character, Princess Leia, was set to play a bigger role in the 2019 release of Episode IX. That film was to include not only a reunion with Luke Skywalker, but also a confrontation with Kylo Ren, who killed Han Solo in Star Wars: The Force Awakens.

The Hollywood Reporter mentions that the script for Episode IX is being written by Colin Trevorrow and Derek Connolly, but its direction with regards to Princess Leia is not known at this time. There is a possibility that she could be written out or possibly appear in glimpses throughout the film instead of what was originally planned. Trevorrow, who is also directing Episode IX, is reportedly due to arrive in L.A. the week of January 10, 2017 for meetings with Lucasfilm’s Kathleen Kennedy to discuss what their options are for the storyline.

On another note, fans of Carrie Fisher’s work are openly grieving and sharing beloved memories on social media channels across the internet. One of the fans, Cody Christensen, has started a change.org petition asking Disney CEO Bob Iger to consider making Princess Leia an official Disney Princess. Business Insider reports that the petition already has 25,000 signatures and is gaining further momentum.

The petition reads as follows:

“After the tragic loss of Carrie Fisher, we feel that it is only fitting for Disney to do away with the rule that an official Disney princess must be animated and make Leia a full-fledged princess. This would be a wonderful way to remember Carrie and a welcoming to one of Disney’s new properties that is beloved by millions.

What we are asking is that the Walt Disney Corporation hold a full ceremony inducting Leia as the newest Disney princess as well as a special service in memory of Carrie Fisher.”

I’m feeling like Princess Leia is a Star Wars Princess, not a Disney Princess. What are your thoughts on the matter? Please let us know by leaving a comment below!