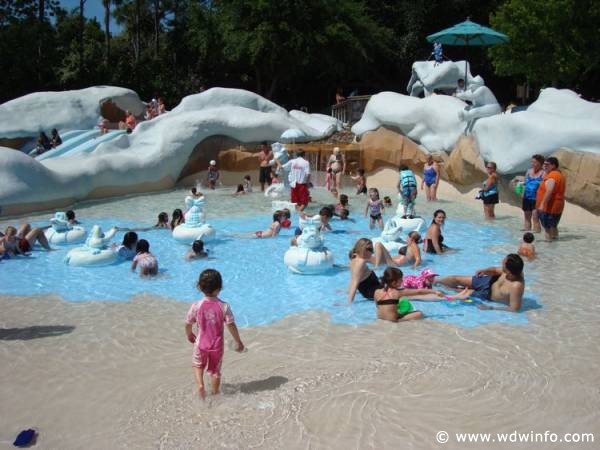 ShareTweetSubscribe
Walt Disney World offers such an idealized version of the real world that parents often forget that their children can still get seriously hurt in the parks. The senselessness I have witnessed from parents while I was a cast member is mind-boggling, and in some cases I am worried for the children even after they leave Walt Disney World. Here are 4 insanely dangerous things parents do at Walt Disney World: 4) Use their child’s strollers as a battering ram

When the parks are crowded it can be hard to move around quickly. It is even more difficult for a family with strollers. Inconsiderate guests can cut right in front of the stroller disregarding that there is a child inside, but this does not give parents the right to then use their child’s stroller as a battering ram. Ramming your stroller into the ankles of the people in front of you will not get your family to the next attraction any faster. All this does is causes bloody ankles, and could possibly cause people to trip right in front of, or even worse on top of the stroller. In some cases parents use their child’s stroller as a battering ram for no apparent reason. For example, my girlfriend had a stroller smashed into her legs while we were walking though Cinderella’s Castle. We did not jump in front of this family or cut them off. It was almost as if they caught up to us just to ram into her ankles. The worst part of it all was the parents realized what they did and kept walking. 3) Letting their children sit on the queue chains and railings

Working in Walt Disney World you will see guests jumping, climbing, and ducking under the chains and railings all day long. Cast members will then proceed to warn guests that this is dangerous. Yes, it sounds harmless but it takes more than my fingers and toes to count how many times I’ve seen a child smack their head against the pavement for thinking the chains and the railings were a good place to sit or climb on. Yes, parents lose their children in Walt Disney World every single day. Cast members quickly learn that a huge part of their job is helping these children find their “lost” parents. While working in the parks I’ve seen cast members have to tell parents that “No you cannot leave your child here alone while you ride this attraction.” Honestly, accidents happen when children get lost, but intentionally leaving your child without family supervision is just negligent behavior. 1) Trying and sneak their children on an Attraction

Sadly this happens everyday. What guests don’t seem to realize is that the height requirements are set up for a reason. Safety. Disney doesn’t arbitrarily choose height requirements for attractions. The worst story I have heard about parents trying to sneak their children on an attraction was a mother who attempted to sneak her infant under her shirt onto Space Mountain. Luckily she was stopped at the end of the line right before she was about to step into the rocket.
ShareTweetSubscribe