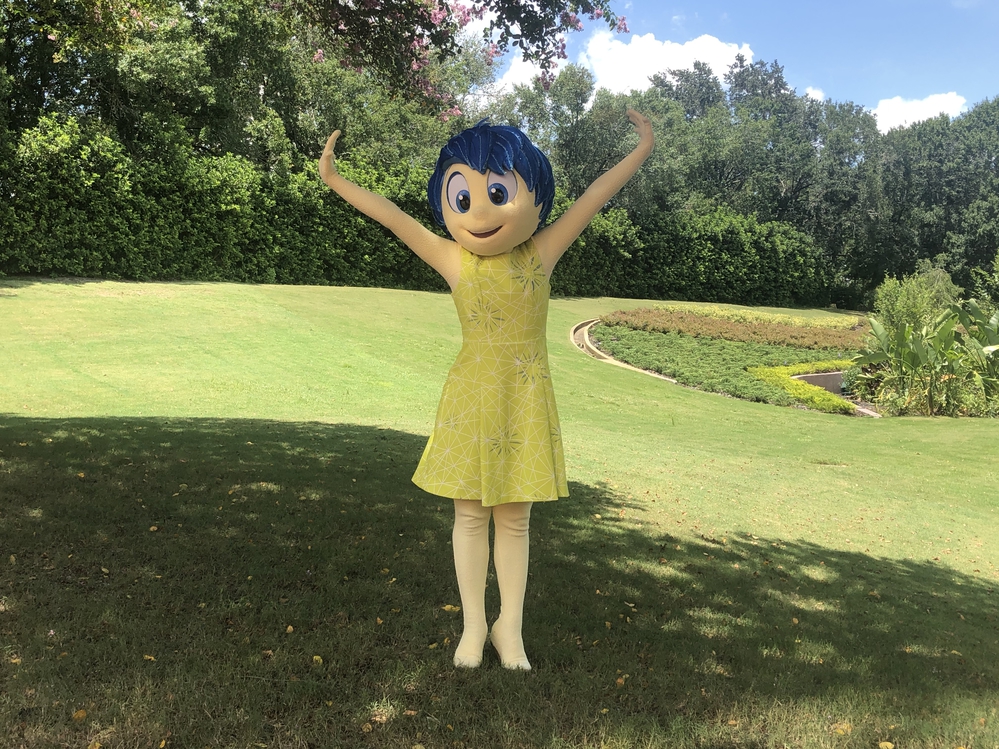 The Walt Disney World parks have reopened to the public, and, after visiting 3 of the 4 parks over the last week, I wanted to share just a few tips that I’d recommend to those planning a park visit in the days ahead.

This may seem like a no-brainer for most, but I’ve never been someone who packs a water bottle for my trips into the Disney parks, opting instead for cups of ice water given out at in-park counter service dining locations and snack kiosks. I know that some guests don’t enjoy the taste of the tap water at these locations, but I’ve never really minded it. That being said, due to COVID-19 capacity limitations, counter service restaurants are not handing out cups of water at this time. There have been a couple of times this week when I’ve needed a cup of water and not been near a location that was giving them out. Snack kiosks that have a soda fountain have the capability to give you ice water, but they can sometimes be few and far between. I’ve begun the hunt for a cute yet practical water bottle option, and I’ll be bringing it along with me for the time being. If you’re accustomed to grabbing cups of ice water here and there, you may want to do the same.

Meet a Character or Two in a Different Way

In an effort to prevent the spread of COVID-19, the Disney characters are greeting guests in new ways, and it’s straight up magic. I know, I know, meeting the characters from 8 feet away for a socially distanced selfie isn’t quite the same as being able to give them a hug and stand next to them for the perfect picture, but, in my book, it’s a great option in these new times. In the Magic Kingdom, guests can see Stitch on the stage in Tomorrowland and talk with Anastasia and Drizella as they hold court from Cinderella Castle‘s rear balcony.

In my opinion, EPCOT took the socially distanced character interactions to a whole new level when they reopened to the public this week. Winnie the Pooh and Joy from Inside Out can now be found out and about on the grassy area across from the Imagination pavilion in Future World West. I cannot stress enough how very lovely and charming these character interactions are.

Pooh, with butterfly net in hand, was out and about searching for a few butterflies of his own. It was so much fun getting to stand there and watch him do his thing. Pooh’s appearance, as well as Joy’s, was unscheduled, so my advice is to keep a sharp eye out if you’re in the area.

Joy was, well, simply joyful, and was happy to interact with the delighted guests who had gathered in a socially distanced way to greet her. While Craig and I were watching, she had the most incredible “conversation” with a little girl who had stopped by. Joy then proceeded to pantomime planting and tending a garden using the nearby remaining plants from Flower & Garden‘s butterfly house. I know that these character moments aren’t what we’re used to, but if you give them a chance, they might just charm you into feeling that you’re not missing quite as much. Personally, I’m hoping that surprise moments with the characters such as these are here to stay. There’s just something about seeing Pooh Bear in his natural habitat.

If you’re coming to the Disney parks during the initial phase of reopening, you’ll likely see concrete you’ve never seen before. We’re so used to crowds being the norm, that, when they’re not there, it’s surprising.

With park capacity being held low, the parks aren’t teeming with wall-to-wall guests, and the resulting views are stunning. During my visits, I found myself taking picture after picture of open walkways and paths.

These views are something so rarely seen apart from hard ticketed events like Disney After Hours, and it caught me off guard time and again throughout the last week when I’d round a corner and see another wide-open space.

Of course, this one’s a given. But, these days, the importance of diligently washing your hands (and using hand sanitizer) is of utmost importance, and Disney’s giving guests increased opportunities to do so. If you’re in need of hand sanitizer, you’ll find it in three locations at every attraction: before you enter the attraction’s queue, before you board the ride vehicle, and at the exit of the attraction. Guests will also find hand sanitizer stations scattered throughout the parks.

What I’m loving these days are the additional hand washing stations. The portable stations were first seen in the parks before the temporary closure, and they can now be found in increased numbers and dispersed throughout.

I have to admit that it initially felt weird to stop and wash my hands in the middle of Liberty Square, but that feeling soon passed as I was left with clean, fresh hands. It may sound weird, but giving myself 30 seconds to wash up before heading to the next attraction was a nice thing.

Have you been into the Walt Disney World parks since they’ve reopened? Do you have additional tips for navigating the parks during this time? Please leave them in the comments section below.

If you’d like to watch the adventures that Craig and I had in EPCOT this week, click below: