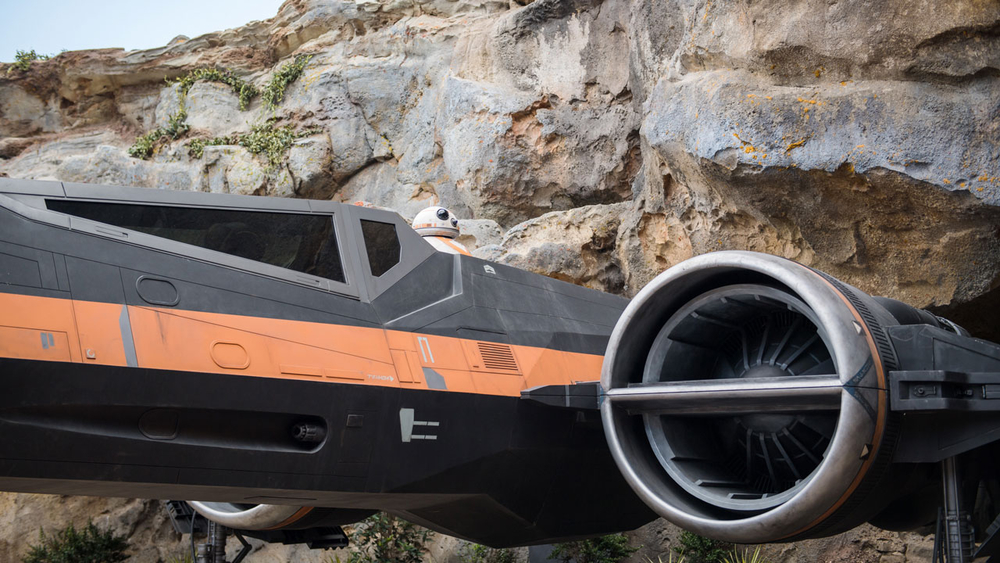 Disney Parks Blog treated us this morning to an exciting inside look into the queue of Star Wars: Rise of the Resistance

Matt Martin, Creative Executive of Franchise & Story Content with the Lucasfilm Story Group recently visited Star Wars: Galaxy’s Edge at Disney’s Hollywood Studios, and was filmed as he got a look at Poe’s X-wing. Poe’s X-wing (along with BB-8!) will be featured in the queue of Star Wars: Rise of the Resistance, and guests will have a chance to view it as they make their way toward the attraction building.

Rise of the Resistance will open in Disney’s Hollywood Studios on December 5th, 2019, and at Disneyland Resort on January 19th, 2020.