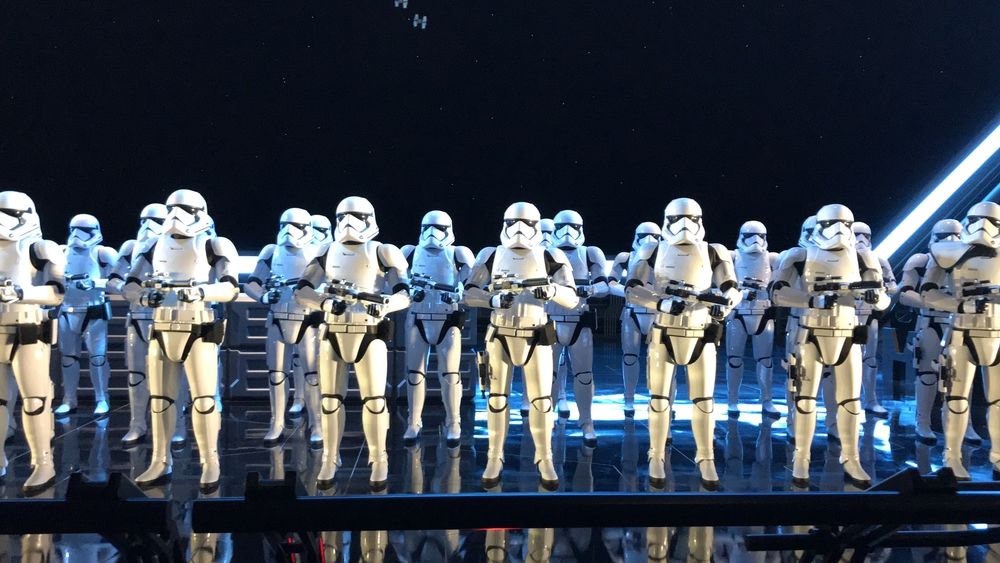 When talking with other Disney fans, the question “what’s your favorite ride?” always comes up and it is always hard to answer. There are so many different attractions across Disney property that range from kid rides to thrill rides. My favorite attractions list has changed so much as I’ve gotten older and as new attractions have been built into the parks. Most Disney fans will fight for their favorite attraction whether that be in conversation, social media, or when Disney decides to make some changes to beloved attractions.

First stop, Magic Kingdom, where each ride is filled with storytelling and magic. My favorite attraction at Magic Kingdom is purely based on the nostalgia that the ride gives me and because I love the movies that came from this ride. Pirates of the Caribbean has been a favorite of mine since I was a kid, once I got over my fear of the skeleton captain at the beginning of the ride and found love for slight thrill elements. I have been lucky enough to experience the Pirates of the Caribbean over at Disneyland Paris which is absolutely breathtaking. Over in Paris, the attraction is longer, has more storytelling elements and the entire area surrounding the attraction is extremely immersive. All I want is for the Pirates of the Caribbean over at Magic Kingdom to get revamped to the level of the other versions of this attraction. Even though we don’t have the best version here at Walt Disney World, I still love this attraction with my whole heart.

Talking about attractions at Epcot is hard for me because most of my favorite rides from there are gone. My all-time favorite attraction at Epcot was Maelstrom at the Norway pavilion because I really enjoyed the magical yet educational aspect of the attraction. I do enjoy Frozen Ever After. I just don’t think it belongs in Epcot but I do ride it almost every time I go to the park. An existing ride at Epcot that I would say is my favorite is Soarin just because I enjoy the feeling of flying and enjoying the different sights and smells throughout the attraction. My absolute favorite place in all of the park though is The Seas with Nemo and Friends; I could watch marine life all day. I have a strong feeling Remy’s Ratatouille Adventure will steal my heart and become my favorite attraction at Epcot because when I rode it in France, I loved it.

Which attractions do you agree with and which ones would you switch out? Let me know in the comment section below!