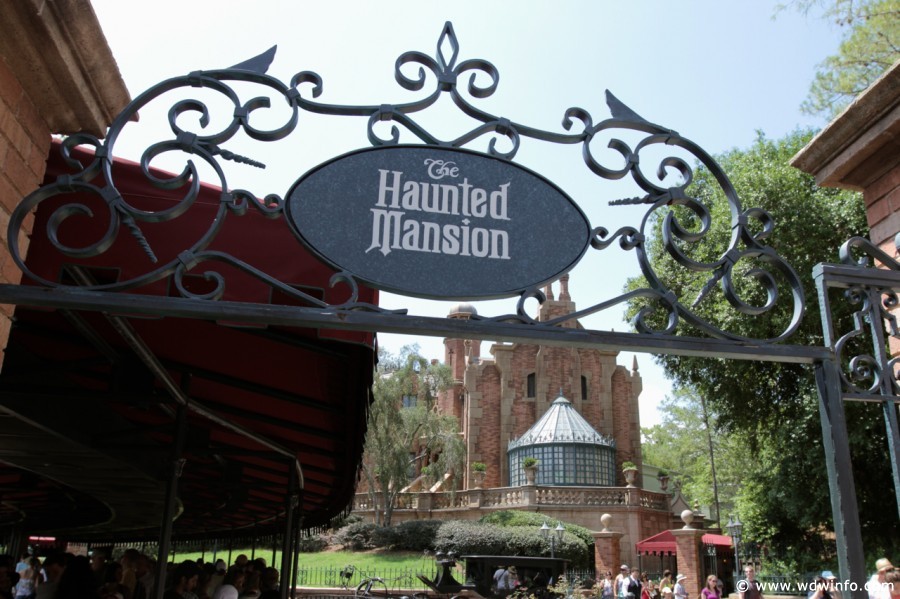 While there are many scenes in Magic Kingdom’s Haunted Mansion, my favorite is the ballroom scene. I work really hard to not think, “how did they do this,” because I’ve read how, and I don’t want to know. Don’t tell me about peppering ghosts this or reflective glass that, I just want to soak up everything about the scene’s mystery and uniqueness it makes my mouth drop every single time. I wish my doom buggy would stop and get stuck in this very scene so I can soak up every visual effect, and listen to the organ music pull me in. Should I look up? Should I look down? Where is that hidden Mickey again? There are dancing ghosts everywhere, there are paintings coming alive, there is beautiful china on the dining table. I love every moment of this scene.

Na’vi River Journey in Animal Kingdom theme park is the wind beneath Avatar Flight of Passage‘s wings. While many don’t flock to rope drop this attraction, the Shaman scene is a top five. It’s at the end of Na’vi River Journey, and it makes for a great ending to this soft spoken attraction located in Pandora – the World of Avatar. This scene breaks all boundaries of of smooth-flowing, deeply enthralling audio-animatronic technology with the Shaman. Is it creepy or mesmerizing? What’s the Shaman’s story? What language is she singing in? We don’t know, we just know it’s mysterious and for a moment in the darkness of the evening sky, we escape into the amazing world of her forest. She just grabs me.

There is one particular scene in Frozen Ever After in Epcot’s World Showcase Norway pavilion. We enter a doorway in our ride vehicle and Elsa is singing from above. Her beautiful animatronic is so life-like as she sings “Let It Go,” and our ride vehicle moves itself backwards in the dark scene and we see stunning lighting and visual effects. Shining like glitter in the sky, and through the archways of the castle setting, we move backwards as Elsa’s arms flow effortlessly in song.

I count it as a scene, because it’s part of the Walt Disney Presents exhibit. There are so many areas to explore inside this Hollywood Studios cooling off spot in Animation Courtyard, but my favorite scene is Walt Disney’s actual school desk from the second grade. You can see where he carved his own initials in the desk and imagine a young Walt daydreaming his school day away. What was he thinking…..

LEAVING ON A NOTE OF NOSTALGIA

My last of the top five favorite scenes in Walt Disney World must be from Magic Kingdom’s Carousel of Progress located in Tomorrowland. My favorite scene is the first one, the turn of the century. I adore the old appliances and the There’s a Great Big Beautiful Tomorrow theme music playing in the background as we enter the scene to meet our host John and his dog Rover. I love the scene’s history and original audio animatronics, but most importantly, the story telling us America’s story through family. This scene is perfect Disney at its best.

So, now that I’ve shared with you my favorite scenes in Walt Disney World, what are yours?