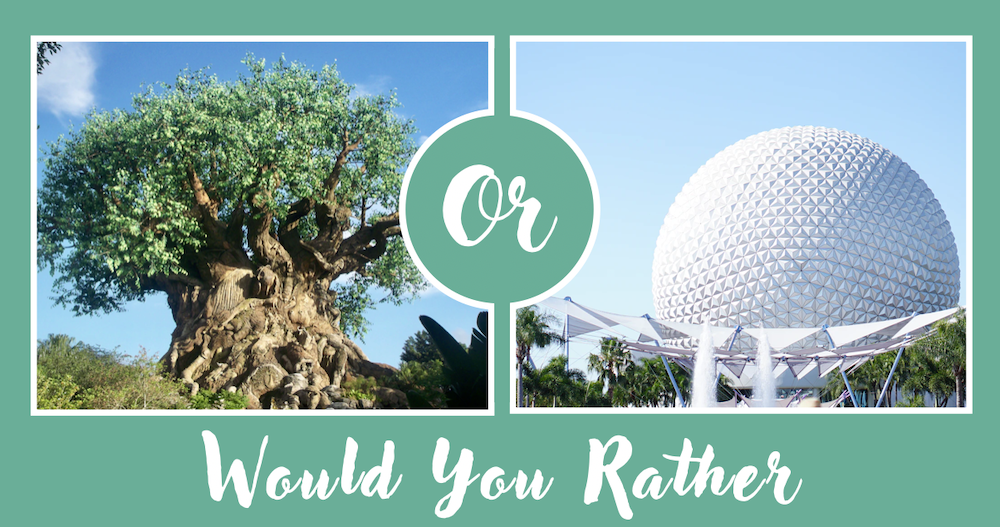 Welcome folks to a brand new Would You Rather! We're kicking off June with a bang and pitting two parks head to head to see which will come out on top.

If you had to choose between only one of the following to parks, Would You Rather visit EPCOT or Disney's Animal Kingdom?

How does one even decide between these two? When you think about it, EPCOT has all of the wondrous food of World Showcase as well as favorite attractions such as Frozen Ever After, Test Track, and Soarin'.

On the other hand, Disney's Animal Kingdom is filled with culture and excitement with Kilimanjaro Safaris and fantastic stage shows. Not to mention Pandora, World of Avatar!

It's a toughie. Let's vote!