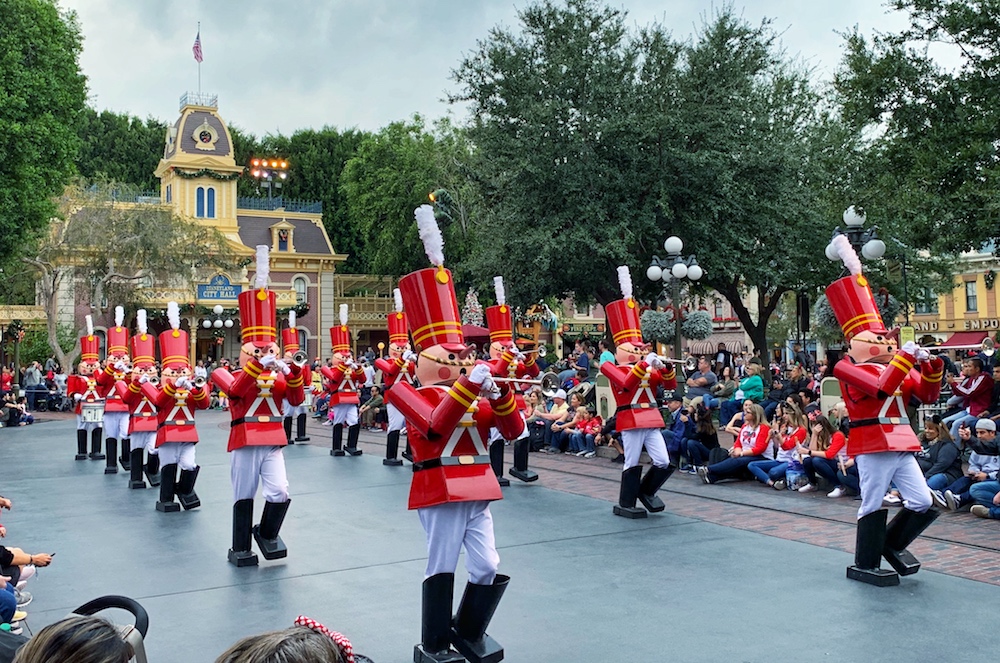 It’s that time of year again my friends, the one where we take a closer look at some of the more idiotic behaviors that drive us all crazy and attach personalities to them.

If you are not familiar with the first installment of this fun-filled rant, click HERE to learn more about Backpack Guy, the Makeout Couple, Captain Obvious, The Blasé Bubble Parents and the Height Requirement Cheaters. Part two of this less-than-serious finger-pointing crusade can be found HERE, where you can become well acquainted with The Flasher, Chatty Cathy, The Blocker Family, The Mind My Spot Crew and Children of the Shoulder.

Is it judgmental? Perhaps; however, let’s go into this knowing that all reasonable justifications for some of these situations are excluded — leaving us only with the repeat offenders of these selfish or stupidity-based Disney social crimes. Now grab yourself a hot cup of whatever and let’s check out another five of the usually-frustrating suspects.

The Self-Appointed Historian of Disney Inaccuracy

Despite often teaming up with all of the antagonistic properties of the mansplainer, this character isn’t limited to just men. It’s that person within earshot that thinks they know everything about everything when evidently they don’t know anything about, well, anything. The Historian of Inaccuracy likes to surround themselves with people who will listen willingly in awe, and happily take away their misinformation without challenge. This person is the one spouting absurd untruths as though they were facts simply to fill in any available space with getting the attention of others.

“Disneyland was actually modeled after the Magic Kingdom but made to fit in a smaller area.” I have heard these words spoken out loud before. The man’s built-in audience of acquaintances that were clearly new to Disney, or Earth in general, nodded in amazement, feeding the ego of their leader. It could be any random made-up fact that has you standing in the line ahead chanting to yourself, “don’t laugh out loud, don’t turn around,” wondering in equal parts how this person got it all so wrong and where did they find these followers who apparently know absolutely nothing about where they are?

I’m going to start this one off with an admission: Sometimes I scream or laugh uncontrollably on rides. It can be embarrassing, but I can not help it. Sometimes when a ride is thrilling but not quite making it over onto that good kind of scary, I laugh. IncrediCoaster, Space Mountain, it just comes out. My screaming, on the other hand, is reserved for rides like Guardians of the Galaxy: Mission-BREAKOUT!. The reason why I am telling you this is because these are not examples of what makes a person a Woo-Girl.

The Woo-Girls can be heard wooing up an early-’90s Rikki Lake flashback storm with just about any excuse. Let’s go on a ride! Woo! There is Mickey! Woo! I need to pee! Woohoo! It goes on and on. They are the ones that start screaming before the small drop on Pirates of the Caribbean. They can also be heard cheers-ing their diet cokes from a mile away. Sometimes they are groups of cheerleaders, and other times any random batch of girls could be secretly waiting to woo their way into your frustration. And don’t think that just because you are close to a group of women over 40 that you are safe; sometimes these ladies are the worst of all. The more margaritas that they are old enough to drink/can afford, the louder they can become.

I’ve seen it all, including people sleeping sideways across the curb, literally laying on the ground to reserve their front row seated position for the family. Another woman had taken off her shoes and laid them out with her socks a few feet in each direction to deter envious onlookers from taking her space. What people will do to maintain their preferred viewing area always surprises me. What makes this scenario worse is when the family of all adults, (not exhausted children or seniors that need to sit down) return just before the show, each one sits a foot apart from the next to maintain optimum frustration for those around them.

We all like our space, and I for one hate when people are touching me or standing super close, but come on, keep your shoes on your feet and pull your head in. Acting as though your dirty socks are police tape cordoning off a section of road will only make you a featured headline in everyone’s dinner conversation later that night. Who knows, you might even make it into a DIS list of the most annoying people at Disney.

We all know that the only place to stop and wait for your FastPass time to come into effect is directly in front of the ride entrance, hopefully blocking both standby and FP entryways simultaneously. All that other open space around each attraction is only there for people to wander around aimlessly, bumping into things like a series of Roombas gone rogue; it’s not for actual waiting.

This has to be what is running through their minds, right? When you see that group of ten or fifteen people huddled at the opening to a ride, you tend to wait behind them thinking that the line is backed up unusually far. It can even take a few minutes of zero progression before you start to catch on that something isn’t right. You begin to weave around, wondering if maybe the line has closed, but that is when you see that this group of waiters in front of you are not even in the line, they are just blocking it.

How fun for everyone else.

Many of us swear — in fact, I have a tank top that a friend made for me that says soul of a mermaid, mouth of a sailor, and I love it. Even though I can drop some choice words into just about any sentence during my day, my children have never heard me do it. Why? Because I choose not to swear around my children or anyone else’s. I don’t hide it from them in the world; Australia is a reasonably relaxed country when it comes to many things, so here you can’t even listen to the radio or watch Australia Survivor (one of the worst shows ever) without hearing a swear word here or there. Instead of pretending it doesn’t exist, I try to teach them that when you are old enough to swear you should also be old enough to understand how to assess the correct time and place. That doesn’t mean they need to hear me do it in place of making a sound argument or articulating my feelings.

When it comes to Disney, there are the occasional few that seem unphased by letting the f-bomb remain their adjective of choice, no matter who is around. It can make for a very intense experience when you want to shield your children from such an unnecessary display of inappropriateness but also don’t want to pick a fight with the people sitting next to you.

Occasionally we all get caught out. Maybe there is a child close behind you that you didn’t see or expect to be there. You apologize and move away — it can happen to anyone. But if you can’t spend a day in a family-friendly place like Disney without consistently dropping the more colorful words with reckless abandon, maybe you should give this trip a miss. This isn’t a bar or a pub; sure it isn’t just for children, but it is also for children, so shut the duck up and keep it clean.

In a pinch, there is also this super-neat trick that some of us super-swearers like to keep on the DL: If you really concentrate when you need to swear during a conversation, you can actually lower the volume of your voice so that only the person you are speaking to can hear you. It’s amazing, like Disney magic has just reached in and provided a little cone of silence for you. There’s your hot tip for the day, you obnoxious oaf. You’re welcome.

Imagine my usual disclaimer of, it’s all in fun, and no, I don’t take everything this seriously, and insert it here. I don’t hate FastPass or women or tour guides. Just enjoy these articles for what they are: a little entertainment in the wake of a frustrating situation. As usual, add your own experiences down below. If our takeaway can be something funny instead of something angry, it can be much easier to deal with the next time we come across them in the parks.