How Far Can Your ‘Snack Credit’ Go? 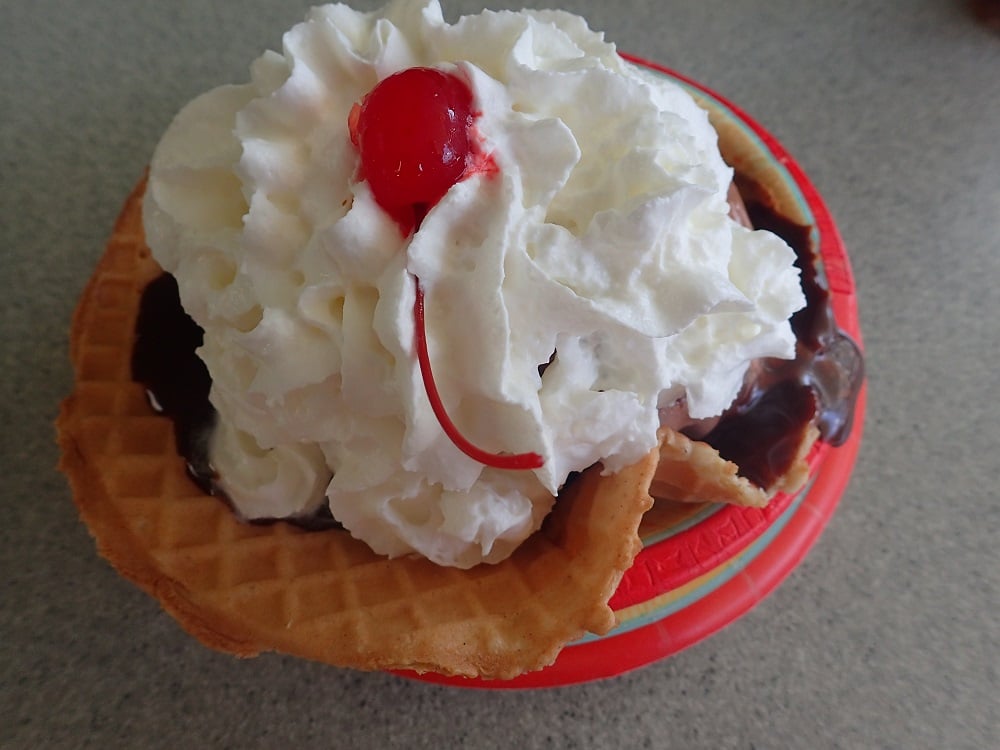 When you plan to use the Disney Dining Plan do you really value your snack credits? Typically I feel that more emphasise (naturally so) will always go on the meal credits as they are going to be worth more. Do not be fooled into seeing your snack credit as an insignificant extra however, as they can often give you the most bang for your buck, making the dining plan an even better deal!  This is going to be even more important in 2017, when the two main Disney Dining plans will now have 2 snacks entitlements instead of one! So use them wisely and make your credits go far in terms of value and yumminess!

So let us start with the basics … What is a snack credit?

On the Disney Dining plan a snack credit is a single serving item which is usually around or under the $5 mark, although there will be exceptions to this rule as you will see below. Snacks can include bottles of water, soda, and single servings of fruit. However they can also include an array of delicious options including baked goods, ice-creams, cupcakes and so much more. So on that note, I thought it would be a fun article to take you through just some of the delicious snack options that we enjoyed on our recent trip. All items were redeemed using a snack credit. The fact that some are eligible snack options may surprise you, and almost all may make you hungry. My apologies for the latter! So let me show you how far our snack credits took us! This is the Butterfinger Cupcake at the Trolley Car Café in Hollywood Boulevard at Hollywood Studios. It is a chocolate cupcake, filled with fudge chocolate frosting, loaded with vanilla buttercream and topped with Butterfinger crumbs. It was delicious. The cupcake was quite substantial and was definitely a good one for sharing. As you can expect from the description it was very sweet and may not appeal to everyone. If purchasing, it was priced at $4.99 (or 1 snack credit). A Caramel Frappuccino – Grande, at the Trolley Car Café, Hollywood Boulevard in Hollywood Studios. The Trolley Car Café is the location at Hollywood Studios to purchase your Starbucks Coffee. This is possibly the only time when it makes sense to buy a hot beverage using the snack plan, and this is also where your snack credit will be worth over the $5 mark. At any Starbucks location every coffee, any size, will be an eligible snack credit, so you may as well get the Grande size!  So whether you enjoy a Mocha, Latte, or want to try the seasonal blends, you will be able to get them using your snack credit. If purchasing, it was priced at $5.29 (or 1 snack credit). The Famous Mickey Ice-Cream Bar – Available at multiple locations in every park! It may just look like any ordinary ice-cream but it is delicious! Along with the famous Dole Whip, both snacks have been often voted by fans as their top two favourites to enjoy and a must have snack during the trip. As the photo can attest to, our little boy was enjoying his! The Cinnamon Roll – The Kringla Bakeri Og Kafe in the Norway Pavilion in the Epcot World Showcase. I am a big fan of the cinnamon roll at Gaston’s Tavern in the Magic Kingdom so I was keen to try this Norway version. We purchased this as a small breakfast option to eat along side our Starbucks coffee. It wasn’t as large as the cinnamon roll in the Gaston’s tavern, but it was still large enough to share if you wanted something light. If purchasing, it was priced at $3.79 (or 1 snack credit). This was probably one of the poorest value snack credits we purchased but it was still a good option, especially for breakfast! The Whoopie Pie at Sunshine Seasons – Future World – Epcot.  We enjoy Sunshine Seasons especially when we want to escape the heat and the crowds at Epcot.  The Whoopie Pie was not overly sweet, which is a good thing, but it is still very yummy. It is however on the small side so really would only serve one person. At Sunshine Seasons you can pick up many savoury options as well, so this snack could easily be added on to your meal to give you a dessert if you want. If purchasing, it was priced at $4.29 (or 1 snack credit). The Key Lime Tart at Sunshine Seasons – Future World – Epcot. Another favourite of ours. Personally, I felt this was closer to the Lemon Meringue pie and certainly much more of a citrus taste than the sweetness you get with a Key lime in my experience. But I enjoyed it! If purchasing, it was priced at $4.29 (or 1 snack credit). Funnel Cake – Sleepy Hollow in Liberty Square Magic Kingdom.  We tried the ‘funnel cake dusted with powdered sugar’ option. For the same credit you could have had it dusted with cinnamon instead.  There are some snacks that just seem to go hand in hand with Disney World and the funnel cake is one of them. I am sure they are American wide but when I hear funnel cake I immediately think of Sleepy Hollow Magic Kingdom. That being said, this was the first time I had the opportunity to actually try it. Sleepy Hollow queues always appeared too long in the past to make it worth the wait. But this time I was determined to try a funnel cake. First of all, the portion size was huge and one portion would absolutely serve two people. It is obviously not the healthiest snack you will eat, although who am I to judge (most of this article includes sundaes and cupcakes!), but I really enjoyed it. There are many more options that will not be on the dining plan, but the fact that this was impressed me and I would definitely have another one when we come back. Incidentally, the other eligible snack credit at Sleepy Hollow will be the basic waffles. That’s on my ‘snack’ bucket list for the next time! If purchasing, it was priced at $6.49 (or 1 snack credit). The Plaza Ice Cream Sundae – Plaza Ice Cream Parlor – Main Street USA Magic Kingdom. YUM! It comes with two hand-scoops of ice cream with hot fudge, whipped cream and a cherry, served in a waffle bowl. Sampling an ice cream sundae in the Magic Kingdom has become as important to me as some of the top attractions. People talk about ‘go to’ things when at the parks and the Plaza ice cream sundae is my ‘go to’ sundae. It is a very generous in size and a great one for sharing. I really treasure those moments when you get to sit down in the Magic Kingdom, eat an ice cream, and simply watch and enjoy the surroundings! If purchasing, it was priced at $5.39  (or 1 snack credit). Ice Cream Float – Plaza Ice Cream Parlor – Main Street USA Magic Kingdom. Your ice cream float comes with your choice of ice-cream, with either root beer or coco cola. Again, I don’t normally use a snack credit on a drink, but as it is priced at $4.99 it is a good use of it from a value point of view, and it is very refreshing on a hot day. Warm Cinnamon Roll – Gaston’s Tavern – Fantasy Land Magic Kingdom.  The Cinnamon roll here is my other ‘go to’ snack in the Magic Kingdom. It is yummy, generous in size and is ideally suited as a mid morning snack/breakfast item.  It is another snack that is great for sharing, which means you can save a snack credit to use another time.  If purchasing, it was priced at $4.49 (or 1 snack credit).

My apologies if you are now hungry or wishing you were back in Disney World sampling these yummy creations again (Me too!).  As you can see from the selection of snacks we enjoyed, there is such a wide and varied selection of items that are all eligible as a snack credit, and there were many more that we unfortunately never had the opportunity to sample.

Many snacks are also large enough to share, which gives you the option of saving credits for use later; or alternatively making a small mini meal, saving a possible meal credit. The options are endless. So the next time you are using the dining plan, really search out those snacks that will make your credit go far!