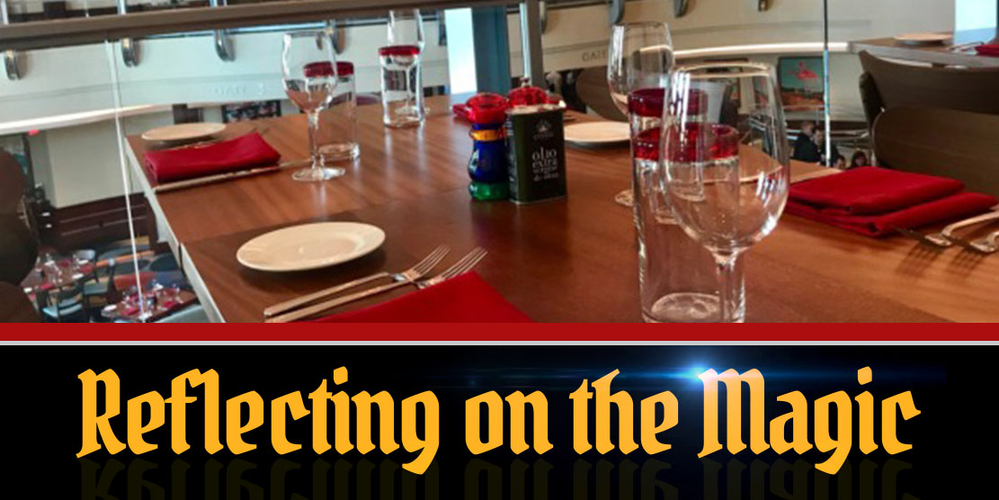 On the Disney Dining Show this Friday, we’re going to be talking about Walt Disney World table service restaurants we haven’t yet experienced. I know, I know. We’re on a podcast called the Disney Dining Show and there are Disney restaurants to which we haven’t been? Well, yes. A lot of the dining I’ve done, and still do, is on my dime, and Disney dining can be pricey, so you need to pace yourself, you know?

Thankfully, having been a longtime WDW fan, and having had the chance to be a part of the DIS team for a year now, the list of Disney dining locations to which I haven’t been is getting smaller. That being said, there is a list. And on this Friday’s show, Pete, Fiasco, and I talk about the table service dining locations that top our to-do lists.

Perhaps you have a list, too. You know, those restaurants that you pass time and again and longingly look toward as you walk by. For some reason, that moment just wasn’t the time to try that spot out, but maybe some day, the golden moment will present itself, and you’ll be able to check that restaurant off of your list.

Just in case you’d like a list of all of the Walt Disney World table service restaurants, we’ve made one for you. You’ll find it below, and it’ll be released on our social media channels prior to Friday’s show release. I’d love to know what tops your list of Disney restaurants to try.

Near the top of my list is Morimoto Asia. As someone who was an avid Food Network fan in years past, I’m looking forward to dining in an establishment created by Iron Chef Masaharu Morimoto. From pictures that I’ve seen, the restaurant is aesthetically gorgeous. From what I’ve heard, the food is wonderful, and the ribs are a must-eat. I think the only negative comment that I’ve ever heard about Morimoto Asia is that the dessert selection is lacking. If that’s the only complaint, I’m good. I won’t be going to the restaurant for the dessert; I’ll be going for the amazing and inventive food that I won’t find elsewhere.

Another table service dining location on our must-do list is Maria & Enzo’s Ristorante, which happens to be just down the way from Morimoto Asia. I’m a sucker for Italian food, and the retro theming of a 1930’s airline terminal sounds intriguing. Enzo’s Hideaway was the last restaurant that my hubby and I checked off of our list before the temporary closure, and it was wonderful. The Nonna’s Pasta for Two was delicious (and filling!), and the restaurant itself was incredibly charming, so I have high hopes and expectations for Maria & Enzo’s.

So, what about you? What Walt Disney World table service restaurants are on your to-do list?