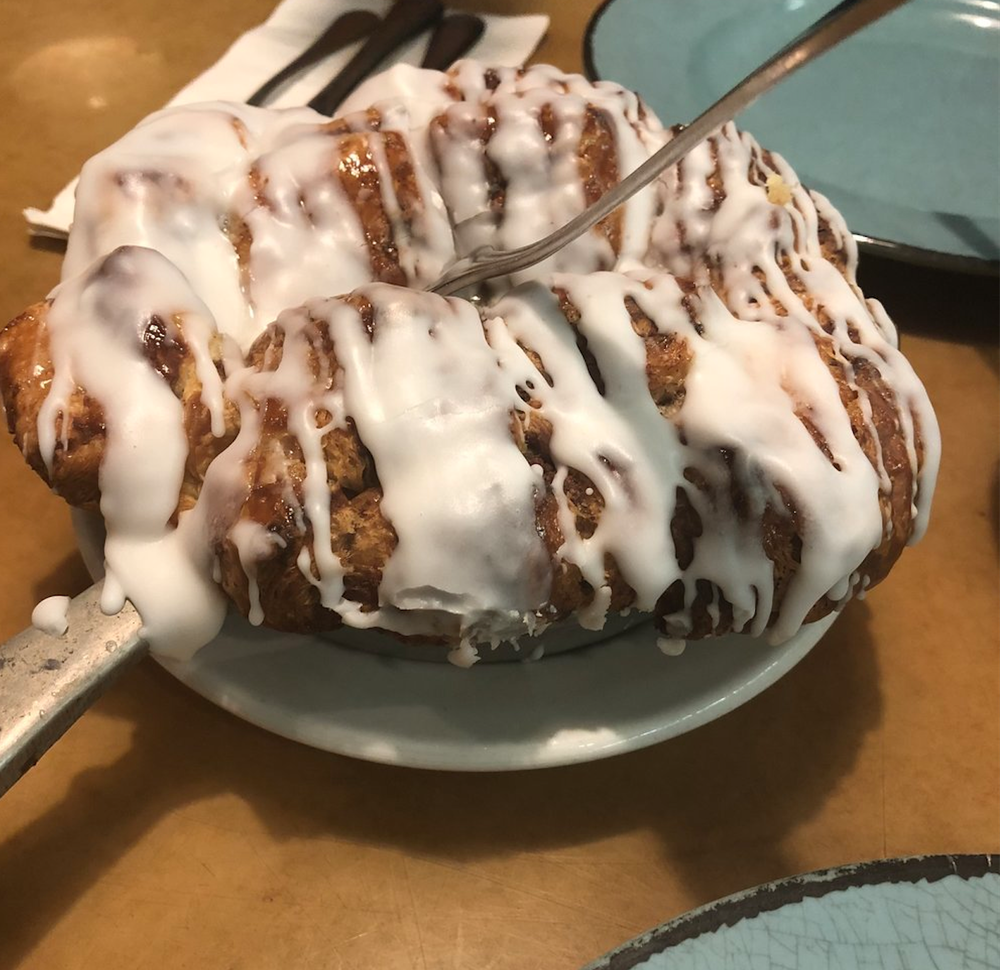 Even if you’re not a self-proclaimed foodie, dining inevitably plays a critical role in every Walt Disney World vacation. There are decisions such as whether or not to purchase the Disney Dining Plan, choosing to book table service restaurants as far out as you can versus going with the flow, and, of course, where to actually eat. Anytime I’m discussing Disney, I have found no topic to be more contested than debating the “best” places to eat on property.

While everyone is going to disagree, at least slightly, on what qualifies as the “best” restaurant (especially when taking into account additional factors such as quality of service and atmosphere), this topic takes on a whole new meaning when you, or someone in your traveling party, has any food allergies or dietary restrictions. This immediately shifts the conversation from “finding the best place to eat” to “finding the best place to eat that also has good options for dietary or health needs.”

Believe me, I understand that this can be stressful. I have been a pescatarian (eating a mostly vegetarian diet, in addition to fish and seafood) for over twelve years and, even while living in New York City for quite a few of these years, I still encounter restaurants that sound appealing—until I realize they don’t really have anything for me to eat.

With that being said, I’m here to assure you that I’ve never felt like my food options are limited at Disney World, and that they extend far beyond basic veggie burgers. Whether you have eliminated meat entirely, you’re easing into vegetarianism, or just want something new, there are plenty of vegetarian eats to try.

Below are a few of my recent favorites. These aren’t necessarily meant to be “the best” vegetarian dishes anywhere on property, as I still have plenty to try, but they are food options that surprised me, seem to be underrated, or simply have stood out as worth trying:

For meat eaters, Homecomin’ is typically all about the fried chicken. For me, during what marked my first time dining here, it was all about the appetizers and sides. My boyfriend (who, I should note, does eat meat) and I split three of them: Bunch of Puppies, Church Lady Deviled Eggs (ask for no bacon), and Momma’s Mac and Cheese.

We enjoyed all three, but the Bunch of Puppies appetizer was the clear favorite; the fact that we’re both big fans of pimento cheese, which comes on the side in addition to jalapeño jelly, probably helped its chances.

A seasonal special that (temporarily) steals the thunder from the year-round Macadamia Nut Pancakes, Kona’s Pumpkin Pancakes have easily become one of my favorite breakfast entrees on property. We all know that pumpkin spice-flavored everything now takes over each and every autumn, which means that each and every pumpkin-based food can’t be a winner, but this one definitely was. Disney, if you’re listening, feel free to include this on the menu all year long. 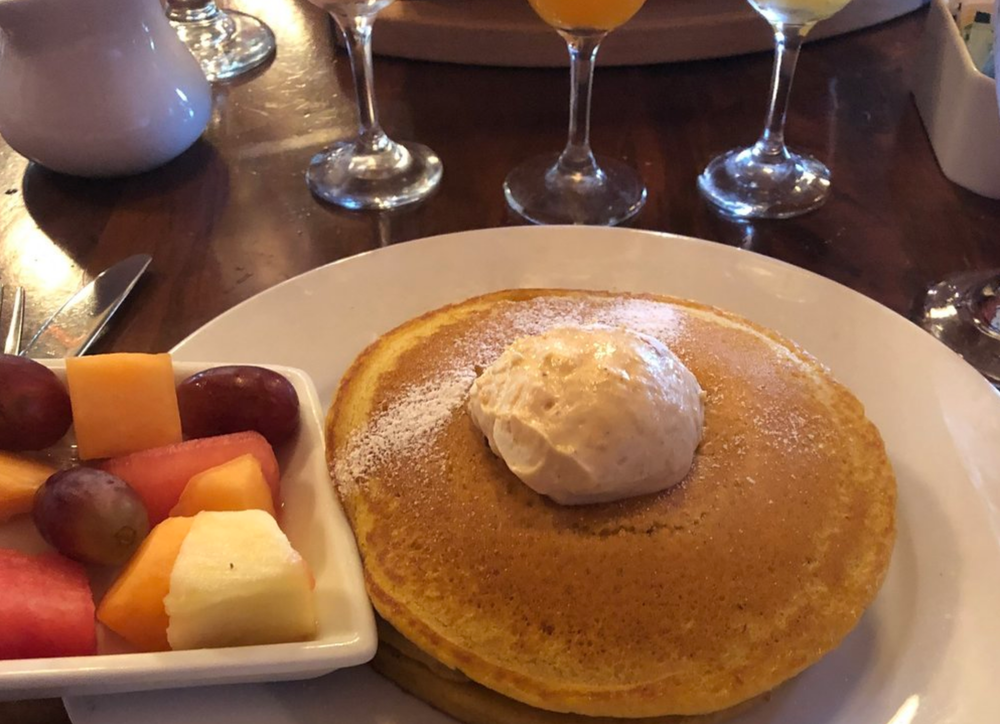 The true star of this breakfast is 100% Chip’s Sticky Bun Bake. It’s everything a good cinnamon roll should be: easy to pull apart, soft, and warm. It’s also, well, much larger than the average one. I’ve also heard rumors that, apparently, you’re supposed to “share” this with the people at your table, but I advise you to not pay any attention to that.

Another highlight for me was how proactive the server was in accommodating my dietary needs. While I was more than happy to just have the vegetarian-friendly foods already included in this (and most) variations of the “Disney breakfast skillet”, the server offered to include vegan sausage for me at no additional charge, following my request for the bacon and sausage to be served on a separate plate.

This is a menu item that tends to fly under the radar, which is a shame. Hollywood Studios isn’t known for its wide variety of options (regardless of dietary restrictions), but this sandwich has easily become my go-to quick service lunch option in that park. It’s a welcome departure from the more common meatless counter service options, such as cheese pizzas or veggie burgers. As someone who lives in the Northeast and rarely encounters fried green tomato-anything, it’s different from what I’d normally have at home, too.

Skipper Canteen is arguably the best and most underrated table service restaurant in Magic Kingdom, especially if (like me) you’re a big fan of the Jungle Cruise ride and enjoy a good pun. I’ve heard some people say that they think this menu is a bit “out there” for their taste but, like a number of other Disney restaurants, the food is more approachable than it may appear. For example, for meateaters, the popular “Tastes like Chicken” Because it is! dish is basically fried chicken with rice and vegetables—just with a quirkier name.

As a great vegetarian option, I take my cue from “Stu” and enjoy the Curried Vegetable Crew Stew: vegetables and crispy tofu in a curry sauce with a side of coconut rice and naan. 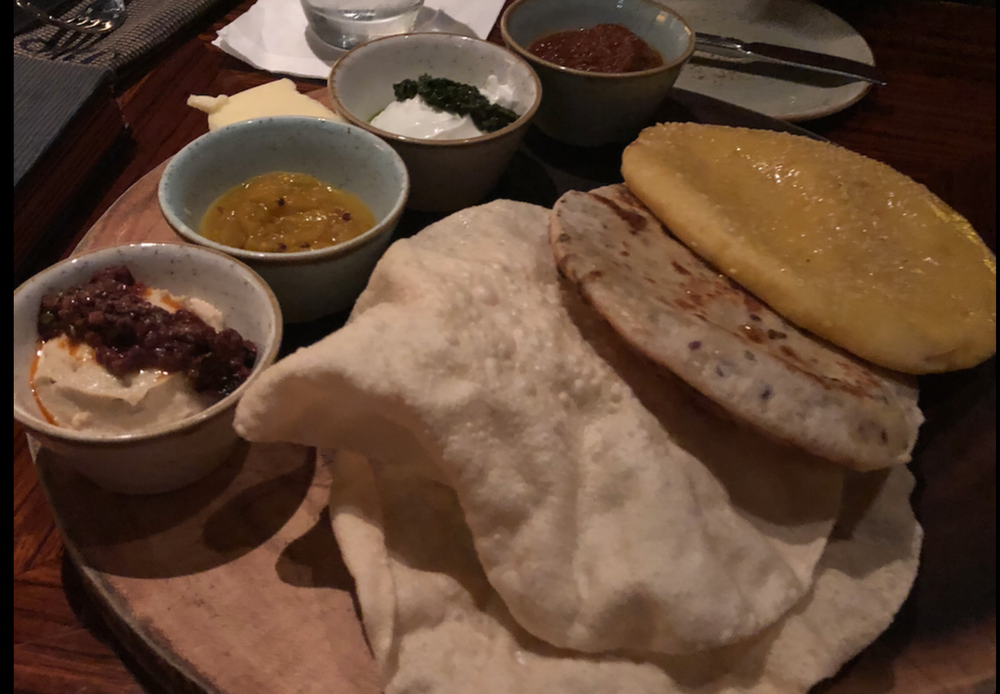 Sanaa’s bread service is more popular, but after trying Jiko’s comparable appetizer, I can attest that this one deserves more love. The bread served here includes crunchy and soft options (such as the paddadam and flax seed naan, respectively). Meanwhile, in my opinion, the standout dips that accompany it are the bhuna masala (my boyfriend was very disappointed when he learned that Jiko doesn’t sell this in to go jars) and, believe it or not, the goat butter.