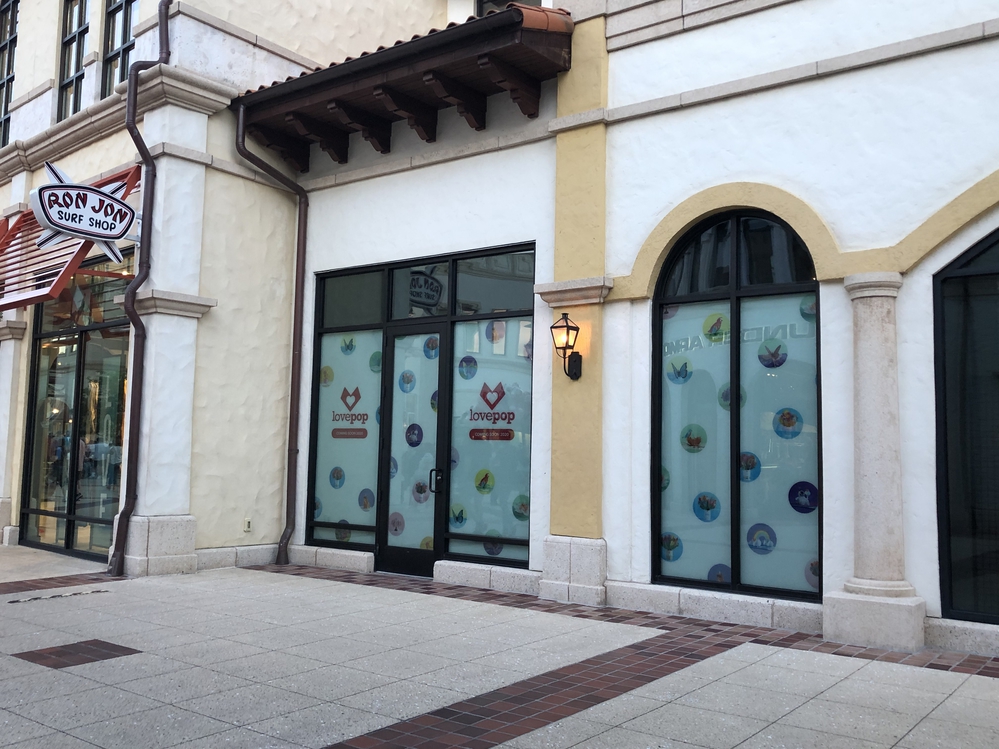 The new storefront location for Lovepop, purveyor of intricate laser-cut greeting cards, is being readied in Disney Springs‘ Town Center.

Earlier this year, Disney Springs announced via social media that the business, currently housed in a standalone kiosk near Paddlefish in The Landing, would be receiving a new location in Town Center in 2020.

Lovepop was started by two naval engineers who design the extremely detailed cards using both software as well as the hands-on technique of kirigami. Lovepop’s first Disney Springs location was a small kiosk in Marketplace Co-op, which opened in 2018.

Lovepop’s new storefront is located near the Lime Garage, in between Ron Jon Surf Shop and Superdry. An official opening date for the new location has not yet been announced.