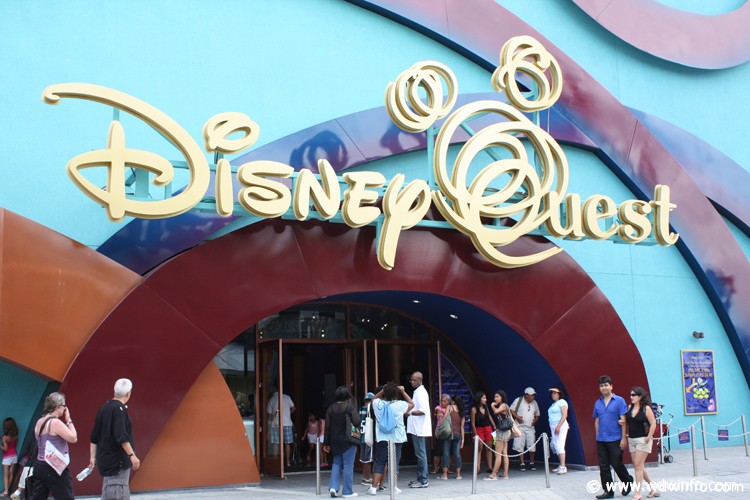 While the recent D23 announcements have engulfed park-goers with excitement, try not to forget about the NBA Experience. When Disney made a public statement a few years ago that DisneyQuest was being replaced by a “one-of-a-kind basketball-themed experience featuring hands-on activities that put guests of all ages right in the middle of NBA game action,” there was an outcry by the Disney faithful.

Most were fans of the super-arcade and didn’t want to see it go, while some didn’t want to see an NBA-themed attraction at Disney Springs. Either way, few have expressed enthusiasm about the upcoming project. Disney Springs was still Downtown Disney at the time of this announcement. I wasn’t crazy about the decision either, as I had fond memories of DisneyQuest. I went back to cherish it all one last time before its closing and realized that it needed to go. After seeing the remarkable improvements Disney has made to Disney Springs, I give them the benefit of the doubt with any change they undergo. Here is why you should too. DisneyQuest was just simply outdated. I was upset with the announcement at first, as I had childhood memories of running through 4 floors of “free” arcade games with my friends, seeing the Genie fly around the elevator walls, and riding my own roller coaster. So you can imagine how disappointed I was when I returned almost a decade later. The entire place was tired and worn down. In the era of rapid innovation in technology, traditional arcades like DisneyQuest cannot possibly keep up. With a new gaming craze every five years, Disney couldn’t afford to consistently update this arcade, and they’ve known this for years. It was a failed attempt to create a nation-wide DisneyQuest brand; Disney had known that it was not a profitable endeavor since 2001, when the Chicago DisneyQuest closed due to low attendance and the Philadelphia and Disneyland construction plans were halted. This was apparent in the Orlando location as the games were old, the virtual reality gaming experiences were outdated, and there was just a looming vibe that everyone in there knew it was about to close.

Disney only kept it open so long because they didn’t have a replacement that was suitable for that immense square footage and could ensure profits. Finally, they came up with the NBA Experience. This interactive gaming experience that connects basketball fans to their favorite players will also feature a restaurant and a store. This is a must for sports lovers as the only sports store on property is at the All-Star Sports. Also, the only sports-themed restaurants are the ESPN Grill Bar at the Wide World of Sports and ESPN Club at the Boardwalk. The NBA-themed restaurant that will be connected has the potential to immerse its guests in the game, unlike these glorified sports bars. Critics of the NBA Experience are comparing the restaurant to the unsuccessful NBA City at Universal’s CityWalk, but this comparison is unfair when you look at Disney Springs’ restaurant expansion record. With Disney putting numerous fine dining options and world-class chefs at the fingertips of Orlando residents, I think we should trust Disney on this one. Also, this attraction will target the huge market of sports lovers that Disney has been overlooking for years. This will be the first sports-centered attraction at Walt Disney World and will undoubtedly attract many sports fans. Additionally, basketball is the perfect sport to replace DisneyQuest, as the NBA is experiencing growth that has even exceeded the NFL and features the most recognizable athletes in the world  (Lebron James and Steph Curry). Kids all over the globe look up to these two and parents will inevitably find an interactive experience with either of these stars worth the price of admission for their child. With the amount of basketball superstars and technological advancements in gaming, the sky is the limit for the NBA Experience. This attraction will be the first of its kind and could give Disney World guests another unique experience while on their vacation. It is in both Disney and its guests’ best interests for the NBA Experience to take Disney Springs by storm.