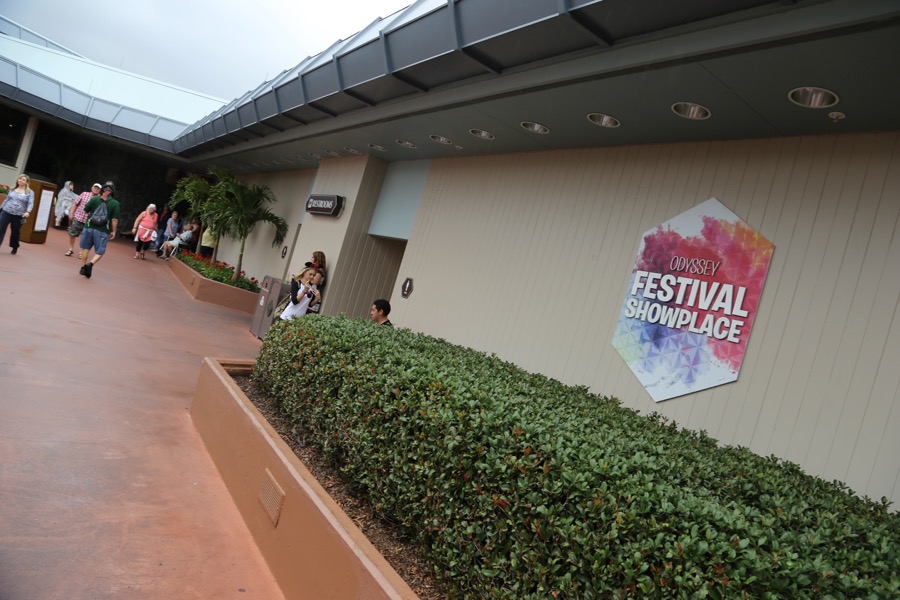 Epcot’s Odyssey is set for a light remodel in preparation for its expanded role as a “flex-use space” in the park. The building between the Mexico pavilion and Test Track has been operating seasonally, mainly for Epcot’s festivals, but is intended to fit into Epcot’s evolution.

In preparation for this expanded role, Odyssey is receiving a refurbishment that will replace the panels with glass windows so that guests inside can view the park and guests passing by can see the events and exhibits from outside.

No official announcements regarding Odyssey’s specific role or construction plans have been released yet.