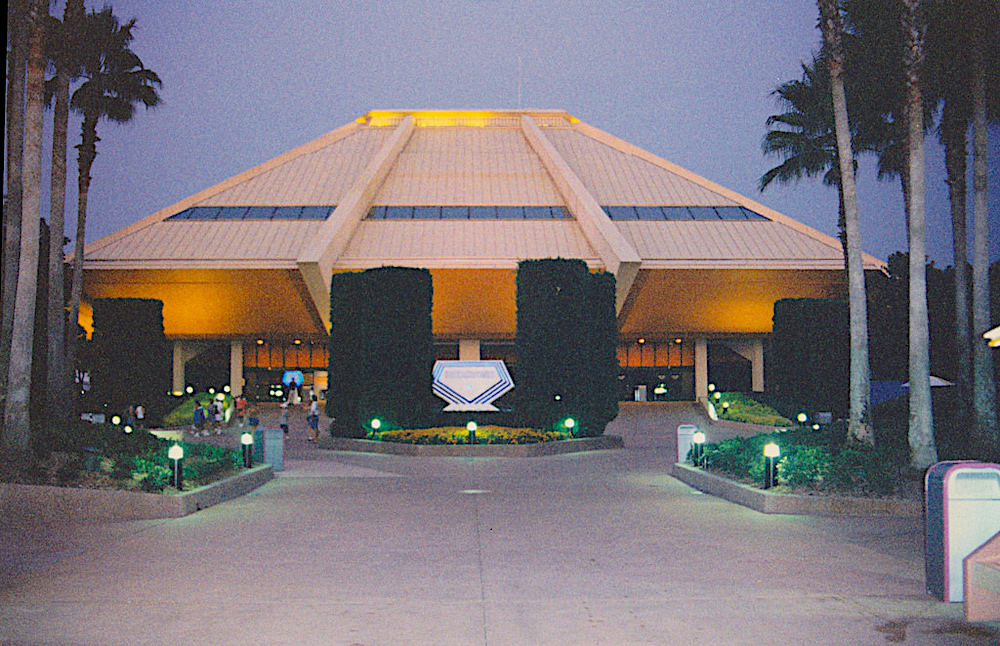 It’s the age of the reboot when everything from your favorite TV show to the clothes you wore as a kid has been making a comeback. So many hidden gems from our past (that we convinced were long gone forever) have been revived over the last few years. Granted, some of them should have stayed back where they ended — Mad About You, I’m looking at you — though others we have welcomed back with open arms.

This week, it got me thinking; if high-waisted flares can make a return to our lives, so can our favorite attractions, right? We’ve lost many of our beloved attractions over the years, having to say goodbye to several rides that held sentimental value. The occurrence of a reboot seems almost unimaginable, but should we give up on any hope of a ride or two making a return to the parks?

When I think of attractions we have loved and lost, there is one that keeps coming up in conversation with Walt Disney World parkgoers of years gone by, and it stands out from the rest. Horizons. Don’t remember it? Neither did I at first until I thought more about it. As many of you know, coming from Australia, Disneyland served as my home park for the vast majority of my life. My time on the east-coast was limited to those in-between trips when we could make it across the country. Even so, as soon as I saw a photo of it, I thought, how could I forget? It’s a bit of a crossover with A Brief History Of Disney today as we look at what Horizons was and if it could be rebuilt.

Horizons opened in Walt Disney World’s EPCOT in 1983 as a dark ride attraction that was said to be a sequel of sorts to the Carousel of Progress in Magic Kingdom’s Tomorrowland. The EPCOT ride perfectly complimented the neighboring Spaceship Earth attraction (est. 1982) that took guests on a journey through history. Horizons, in contrast, provided guests with a glimpse into the possible future of a high-tech world that we didn’t yet know. Horizons was a 9-minute exploration of the potential future that toyed with advancements in communications, community, energy, and even our physiology. The ride also broached the aspect of the evolving human connection between ourselves, the land, and the sea.

Horizons was closed initially in 1994 and after a brief reopening, closed permanently in 1999. Publicly, there was no announcement as to the reason why it closed, but speculation grew that it was connected to a lack of corporate sponsorship. The site of this attraction was demolished and soon became the current attraction Mission: SPACE.

At the center of this attraction, the concept remains focused on tomorrow, futuristic living, and a general sense of looking forward to the potential of what could be. It’s a classic theme that will remain timelessly relevant as the last piece of the EPCOT puzzle as we look at who we are, how we got here, and where we are going. So why can’t we bring it back?

In a time when so much of what we thought our future will be now feels uncertain, what better way to secure a sense of positivity in what’s to come? Seeing modern-day Horizons come to life would be incredible. It could tie in well with the park’s current sustainability message, showing an environmentally responsible future and possibly promoting the newest key of inclusion by investing in a level of diversity and inclusivity that shows a future of equality.

With the technology Disney has available to them now, this could be a really fun attraction to reimagine with substantial sponsorship opportunities for tech corporations to get in on the action as well. Instead of relying solely on the tired animatronics of the day, the possibilities to show a futuristic world that feels exciting and positive are endless. That said, a few of the original mixed in here and there would make for an excellent throwback to the earlier version.

What do you think? Should Disney have a crack at a modern day Horizons, and what would you like to see featured in it? If not this attraction, which ride do you wish Disney would reinvent for the current market?