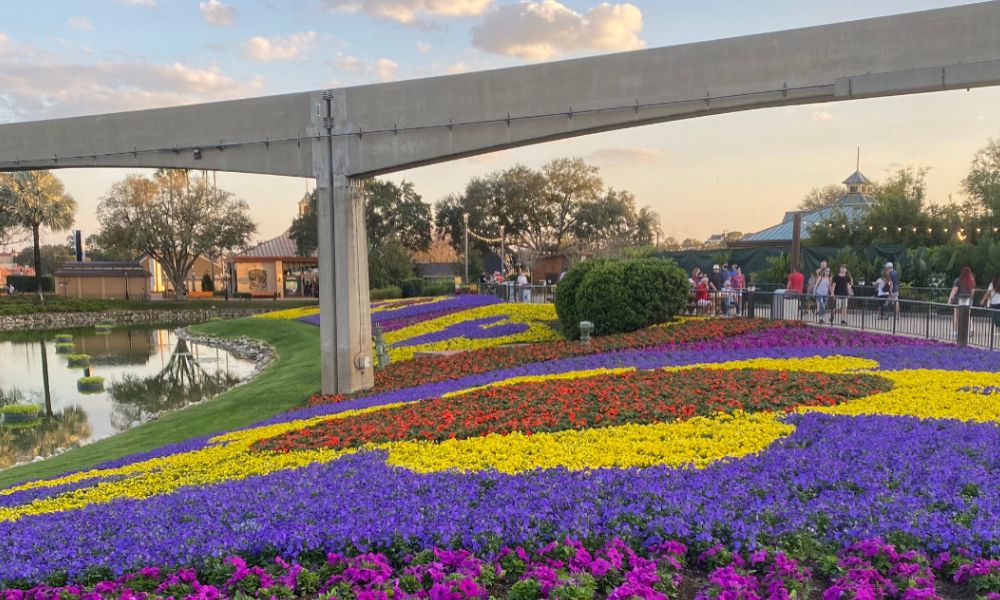 Epcot’s International Flower & Garden Festival is the most beautiful festival at Walt Disney World. Epcot is in full bloom during the event, and this is when Epcot looks the most beautiful. During this festival, character-inspired topiaries are sprinkled throughout the park and make for great photo opportunities. These topiaries always blow my mind because they look so beautiful, and they tell the stories of the characters in a very different way. Disney has created some movies with beautiful greenery and flowers, which will be showcased in this article.

An undeniable choice is Alice in Wonderland. In this movie, you can see so many different flowers and greenery. The flowers in this movie sing! This film has stunning scenes that show off the different foliage. I wish Disney would incorporate the trees from the Queen of Hearts’ garden. Disney could make it look like the roses were freshly painted, or show the paint still dripping off the roses. I think it would look so cool and would make for a fabulous rose garden.

I hope Encanto is incorporated at next year’s festival in a more significant way, but I’m glad that they found a small way to bring the movie into the festival this year. The Vibrante & Verde: An Encanto Garden located between the Morocco and France pavilions is a tropical garden that contains hints to the different Madrigal family members. I think next year they could do something more impressive with this garden. In Encanto, Isabella makes the most beautiful floral arrangements and creates the cutest little succulents. Encanto has so many scenes with gorgeous plants and flowers, so it will for sure get you in the mood for Flower & Garden Festival. Could you imagine a garden that starts with a topiary of Isabella with vines growing everywhere and the most lush plants you’ve ever seen? I am picturing it now, and I think it could be perfect for the festival.

The Frozen topiary has become a favorite in recent years, especially among the younger guests visiting the festival. The movie lacks flowers and has plenty of ice, but they are featured throughout the festival at the Norway Pavilion. The same goes for Beauty and the Beast. Belle and Beast have an exquisite topiary in the France pavilion that blows me away each year, so it’s only fitting to watch the movie before going to the festival.

Even though Tangled isn’t featured at the festival, I think it’s a great movie to get you in the mood for it. The song that activates her magic hair starts with “Flower gleam and glow,” so how is this not the perfect movie? The foliage throughout the film is gorgeous, and I love that there is so much greenery in it. I wish this movie got recognized at the festival; how cool would it be to see a glowing magical flower?

Last but not least, Winnie the Pooh. I had to mention this one because he is one of my favorite topiaries at the festival, and I love how they incorporate the whole gang. The colors may not be as vibrant in this movie as the ones I listed above, but something about Winnie the Pooh makes me think of gardens. Rabbit has a carrot garden, so maybe that’s why I always think of gardens when I think of Pooh. They live in the Hundred Acre Woods, so they are surrounded by trees and flowers throughout the film.

Which Disney films would you like to see incorporated into the Epcot International Flower & Garden Festival? Let us know in the comments.