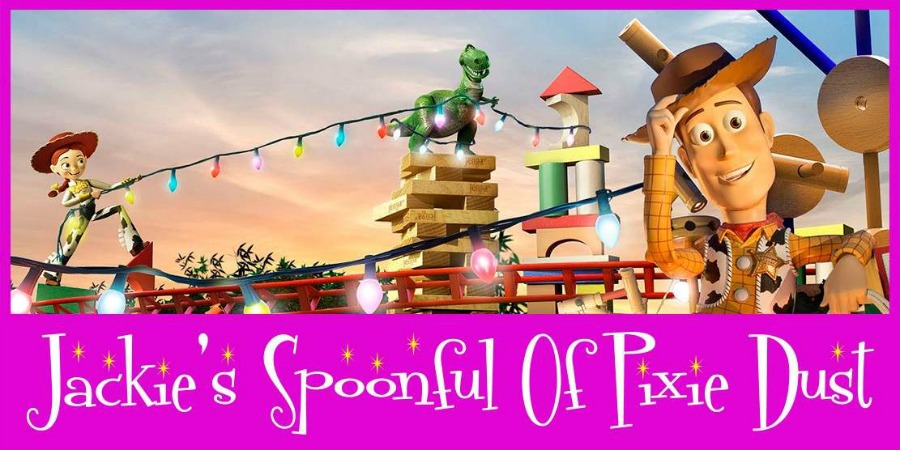 When the first Toy Story movie came out in 1995, I was in my early twenties; married with no kids yet. It came out at Thanksgiving which was a very, very special time of the year for my family. All through my childhood, we’d pack up and head to Canon Beach on the Oregon coast for the 4-day weekend. We’d pack up all of the trimmings for the best Thanksgiving ever and we’d always go see a movie the Friday after.

As very young adults just starting out, my husband and I were pretty excited to see the film because it was like nothing we’d ever seen before. We’d seen plenty of animated films, but nothing like this one where real toys would actually come to life and speak. So, when the time came to hit the theatre after we were all in a turkey coma, it was nothing less than exciting. The movie did not disappoint any of us; young and old, we all loved it.

Fast forward to a couple years later once we had our first child and we couldn’t wait to watch Toy Story together as a family; which we did over and over and over again. We all loved it so much that we couldn’t get enough of it. In fact, when our son turned three (in 2000), his aunt and uncle sent him a REAL Buzz Lightyear! It was a whole lot of fun at our house, let me just tell you.

So, now that you have a little bit of background, let’s get back to what I really really want to share with you all today; why I am so excited about the opening of Toy Story Land. You might remember back in April, I was given a behind-the-scenes tour of the progress that had been made on Toy Story Land. I had the chance to listen to one of the Imagineers talk about the design of the land with details on what made it so special. The Tinker Toys, the Lincoln Logs, the Barrel of Monkeys – all the toys we saw in Andy’s room – larger than life. I was only given a glimpse into what the land would entail because it was far from finished, but what I did see made me ridiculously excited to stand in that very same place with my very grown-up kids.

I was amazed at how big the track for Slinky Dog Dash is. I’ve seen so many people complaining online that they wished it was going to be something more than a “kiddie coaster” but I have to say, from the looks of the track, I think it will be similar to The Barnstormer or Seven Dwarfs Mine Train. Let’s face it, this new land has got to be preschool-aged kid-friendly. I mean, can you imagine bringing little ones to a land that looks like a toy box and not being able to let them get on a ride because they’re not tall enough? As a parent, I think that would be the worst. So, we don’t get to have a Big Thunder Mountain Railroad-type roller coaster there because it wouldn’t be appropriate for the littlest audience. (Edited to add: Alien Swirling Saucers will have a 32-inch height requirement and Slinky Dog Dash will have a 38-inch height-requirement, so the tiniest of guests will have to wait to ride until they’re tall enough.) Now, let’s talk about why I don’t think adults should miss this masterpiece of a land. I can’t speak for any of you, but when I see children mesmerized by the magic that’s happening before their eyes, something comes over me and I can’t help but feel joy in seeing that. Whether it’s little girls twirling in front of Cinderella Castle or little boys trying to pull the sword out of the stone, I could watch the happiness that exudes from them all day. The thing about my older kids is that they enjoy watching other kids’ enjoyment as well and I’m tickled by it. I love to watch them as they look on at younger kids enjoying themselves; it’s adorable.

I also can hardly wait to soak in all of the details that are sure to be plentiful throughout the entire land. I feel like Woody’s Lunch Box is going to be the cutest thing ever. I had a lunch box with a thermos when I was a kid that was shaped just like those ones look in the renderings we’ve all seen, so the nostalgia is already present for me big-time. The carnival game box that we’re going to enter from Toy Story Land as we get in the Toy Story Mania! queue is so adorable and I can hardly wait to check out the details of it. I vividly remember nearly losing my mind the moment I stepped into the queue for the very first time many, many moons ago and saw Domino and Sorry! game pieces that were larger than life.

So, there you have it. I know that you guys probably feel that I love everything Disney no matter what, but in actuality, I just make it a point to find something I like about everything and focus on that even if I don’t have that feeling initially; which was obviously not the case when I first found out that Toy Story Land was coming. You should try it sometime!