Let’s Take a Look at the Festival of the Holidays Kitchens! 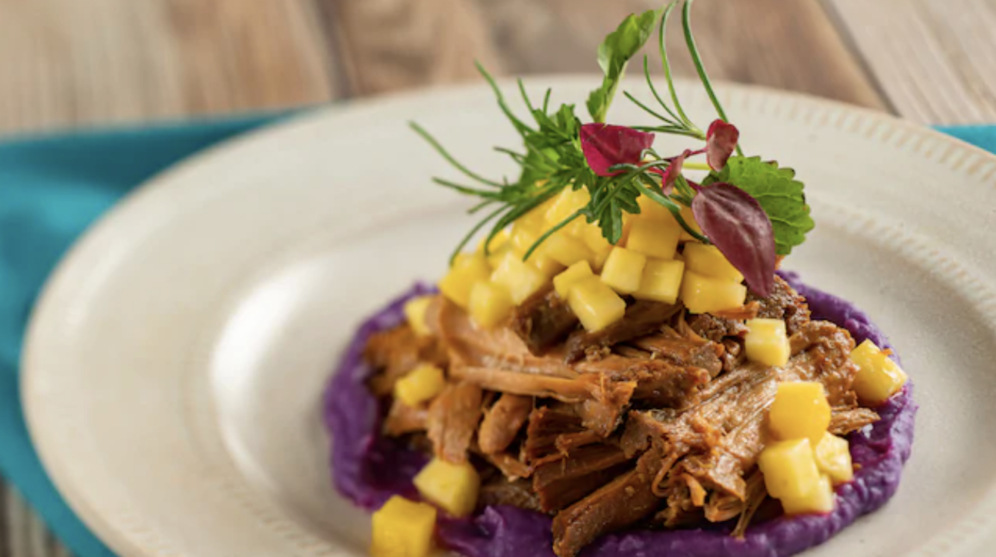 This afternoon’s big news in all things Walt Disney World is that we’ve been given a plethora of details regarding the upcoming Taste of Epcot International Festival of the Holidays. Side note: I just finished making this weekend’s Saturday Snacks treat, and it’s something that’s been available each of the last 2 years during Festival of the Holidays. Sometimes the timing’s just right, isn’t it?!

First things first: let’s look at the food. The special food booths that pop up during the Festival of the Holidays are referred to as Holiday Kitchens, and while we’ve not been given the exact menus for each booth, we’ve been given a glimpse here and there. Grab a cup of coffee and settle in as we virtually make our way around World Showcase.

We’ll have 16 Holiday Kitchens sprinkled around the World Showcase this year, and, speaking of this year, it’s good to keep in mind that it’s 2020 (cue internal groan) and, as such, this will be a Taste of Festival of the Holidays, akin to the Taste of Food and Wine that we have going on now. I would venture a guess that the amount of offerings at each Holiday Kitchen will be fewer in number.

This year’s Holiday Kitchen lineup is as follows:

American Holiday Table (American Adventure): all things traditional holiday dinner. Disney’s official wording evokes the memory of Grandma’s cooking. My grandmothers were the bosses at Pecan Pie and good, Southern cooked-all-day green beans. I’d be down for some of that.

Citrus Blossom (Showcase Plaza): Citrus Blossom returned with 2020’s Flower and Garden Festival, and never left. Guests who have missed out on the Orange Cream Shake in the uber-cute Orange Bird sipper will be able to get one during this year’s Festival of the Holidays.

Festival Favorites (World Showplace): Similar to the Festival Favorites booth that’s currently serving Food & Wine faves from past years in the World Showplace, and, if you like blackened bass or duck confit, you just might be in luck. Disney has also mentioned that frozen s’mores and tropical eggnog will be offered here, so I’m intrigued.

Holiday Hearth (World Showplace): Also located in the World Showplace, this Holiday Kitchen will feature desserts, milkshakes, and cocoa, among other things. Give me a special dessert, and I’ll love you forever. This’ll be one that I add to my list.

L’Chaim! Holiday Kitchen (Between Morocco and France): Disney has told us that classic deli fare will be available here. Last year’s offerings included a Pastrami on Rye and Smoked Salmon Potato Latkes. And might we see the return of last year’s Sufganiyot (small, jelly-filled doughnuts, pictured above)? Thankfully, we’ll definitely be seeing the return of my second favorite Holiday Cookie Stroll cookie: the Black and White Cookie. I’ll have more to say about this year’s Cookie Stroll tomorrow.

Mele Kalikimaka (Showcase Plaza): All things Hawaiian islands will be found here. I’m wondering if a dish involving Spam, similar to the Spam Hash currently being serving at the Hawaii Food & Wine booth, will be on the menu. If it is, Ryno will be a happy camper.

Posadas Holiday Kitchen (Mexico): This booth, no matter the festival, is always a hit. It’s the festival version of Old Faithful: always present, always wowing those who stop by, and almost always giving you plenty of value for your festival food dollars.

Prost! (World Showplace): We’ve found this booth back at the Germany pavilion in years past; this year, guests will find it inside World Showplace. Beer from regional breweries will be found here. Last year’s offerings were from 5 different breweries located in Florida, as well as one from San Francisco, California.

Sapphire Holiday Kitchen (Morocco): Disney uses the word “intriguing” when describing this booth, which has me a little, well, intrigued. I can tell you that last year’s Sfenj (beignets with cream, cinnamon sugar, and chocolate sauce) were a nice, small snack. I might be tempted to give them another try should they return to this year’s menu.

Shi Wasu Holiday Kitchen (Japan): Friends of ours loved the Chirashi Sushi Tree last year, and I’m sure that this year’s menu items won’t disappoint. I know that fans of Japan’s festival booths are hard core; they love the tastes and creativity that show up time and again.

Yukon Holiday Kitchen (Canada): If you’re looking for hearty bites, this, along with Germany’s Bavaria Holiday Kitchen, should be on your list. Last year’s Canadian Wild Rice and Ham Soup (pictured above) was good, and if you’re slurping that soup on a day that’s just a bit cooler than melt-your-face-off, even better. Three icewine varieties were also on the menu here in 2019.

Additional locations throughout the park will offer festival treats and beverages, including a Sweet Potato Casserole Funnel Cake at the stand found near The American Adventure. The Joffrey’s Coffee & Tea stands usually serve special festival beverages, and this year’s offerings will include a Caramel Tinsel Latte and Donut.

I’ll be back tomorrow to break down this year’s festival entertainment offerings, as well as my beloved Holiday Cookie Stroll. For now, we’ll sleep with visions of sugar plums (or frozen s’mores) dancing in our heads.

While more menu info is sure to come soon, is there anything that has you intrigued?