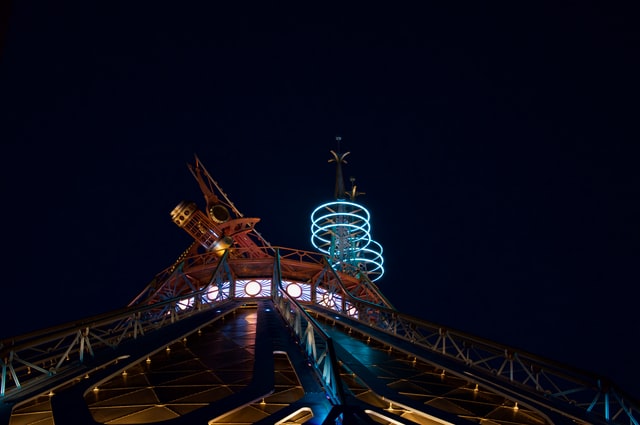 Welcome back to A Brief History of Disney. This month, I thought it might be fun to take a look at exactly how Space Mountain, in both Disneyland and Walt Disney World, came into our lives. If you didn’t catch our first journey into the back story of Disney attractions together, be sure to check out my deep dive into Disneyland’s King Arthur Carrousel. Even though you might picture Walt as a carrousel and park bench kinda guy, this thrilling adventure ride is actually rooted in Walt’s own space-themed rollercoaster vision.

Even though Anaheim is well-known as the birthplace of Disney theme parks, it wasn’t the first home of the attraction we now love called Space Mountain. The Disneyland Matterhorn Mountain Bobsleds inspired the creation of a more intense thrill ride lineup in the Orlando-based Walt Disney World. The popularity of the fast-paced West Coast attraction led the Disney company in a new direction, creating an extension of the original vision for the park into more intense and advanced experiences.

Walt Disney World’s Magic Kingdom opened in 1971 with much of the same family-friendly focus as its predecessor, but after a few years of noticing an increasing teen-adult demographic of guests, Imagineers gave new thought to Walt’s push for a high-intensity rollercoaster attraction. Space Mountain’s east coast construction officially began in December 1972, ahead of its January 1975 opening. On a side note, in celebration of this space-themed coaster’s debut, a marching band performed on the tracks of the Tomorrowland Transit Authority Peoplemover; pretty cool, right?

Many don’t realize its Orlando debut occurred two years before the Disneyland version graced us with its presence in 1977. Both renditions were originally expected to be the central focus of their respective Tomorrowland homes; however, they were instead strategically placed further afield to allow room for the surrounding area for other future attractions. The technological limitations that Disney faced in the ’60s were quickly becoming obsolete thanks to significant advancements made since the project was initially shelved. Little did they know that these leaps and bounds in theme park entertainment were only the beginning for Disney. Space Mountain quickly became a guest favorite in all locations, including in Paris, Tokyo, and Hong Kong, cementing the importance of thrill rides in the future of Disney.

Sponsorship deals would come and go, though Space Mountain remained reasonably untouched. The involvement of various third parties would create minor changes — like the queue the FedEx sponsorship that remodeled Disneyland’s queuing area to include tv screens with safety videos along with audio-animatronics — but many guests would more easily recall changes to the attraction’s iconic soundtrack. The ‘90s addition of a sci-fi horror score meets surf movie montage soundtrack featuring Dick Dale was blended into one piece of music and introduced to the Disneyland ride experience. This would result in the first of many changes within the attraction, including the seasonal overlay Star Wars: Hyperspace Mountain that debuted in 2015.

Over in Magic Kingdom, early 2009 saw the original attraction close for a lengthy period of time for a refurbishment that included interactive elements, adjustments to the queuing area, and replacing sections of track. Several months after the November 2009 reopening, a stimulating new musical score was added. The soundtrack was entitled “Mount Bop” and Disney focused their advertising efforts on its presentation in “Starry-o-Phonic” sound. After the refurbishment, Space Mountain also revealed several honorary nods to the beloved EPCOT attraction Horizons that were added to the ride.

A Single Rider lane was added to Disneyland in 2017, though much to the disappointment of some guests, this was never added to Magic Kingdom’s attraction.

Magic Kingdom’s Space Mountain is the oldest active roller coaster in the state of Florida, which is fascinating when you think about how many there are and how well maintained the Space Mountain experience is. Unlike other rollercoasters in their original rickety wooden form, Space Mountain feels fresh, new, and exciting every time you ride it, which is part of what continues to preserve its place in guests’ favorite attraction list.

Thanks for joining me for another Brief History of Disney session. I hope you found this as interesting as I did ahead of the new Mickey Mouse: The Main Attraction Space Mountain merchandise launch that is coming soon! Now when you are furiously clicking on that purchase button, you will know a little bit more about the attraction this collection represents. 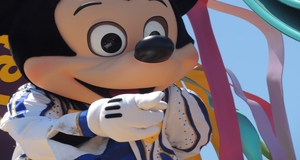 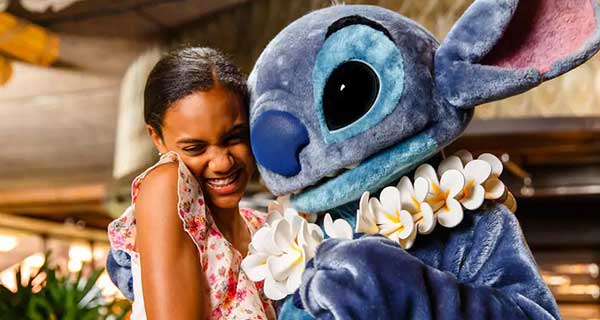 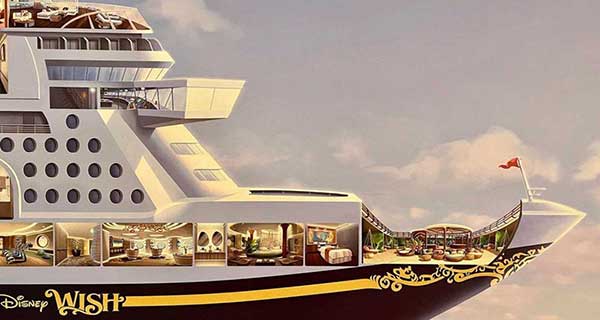