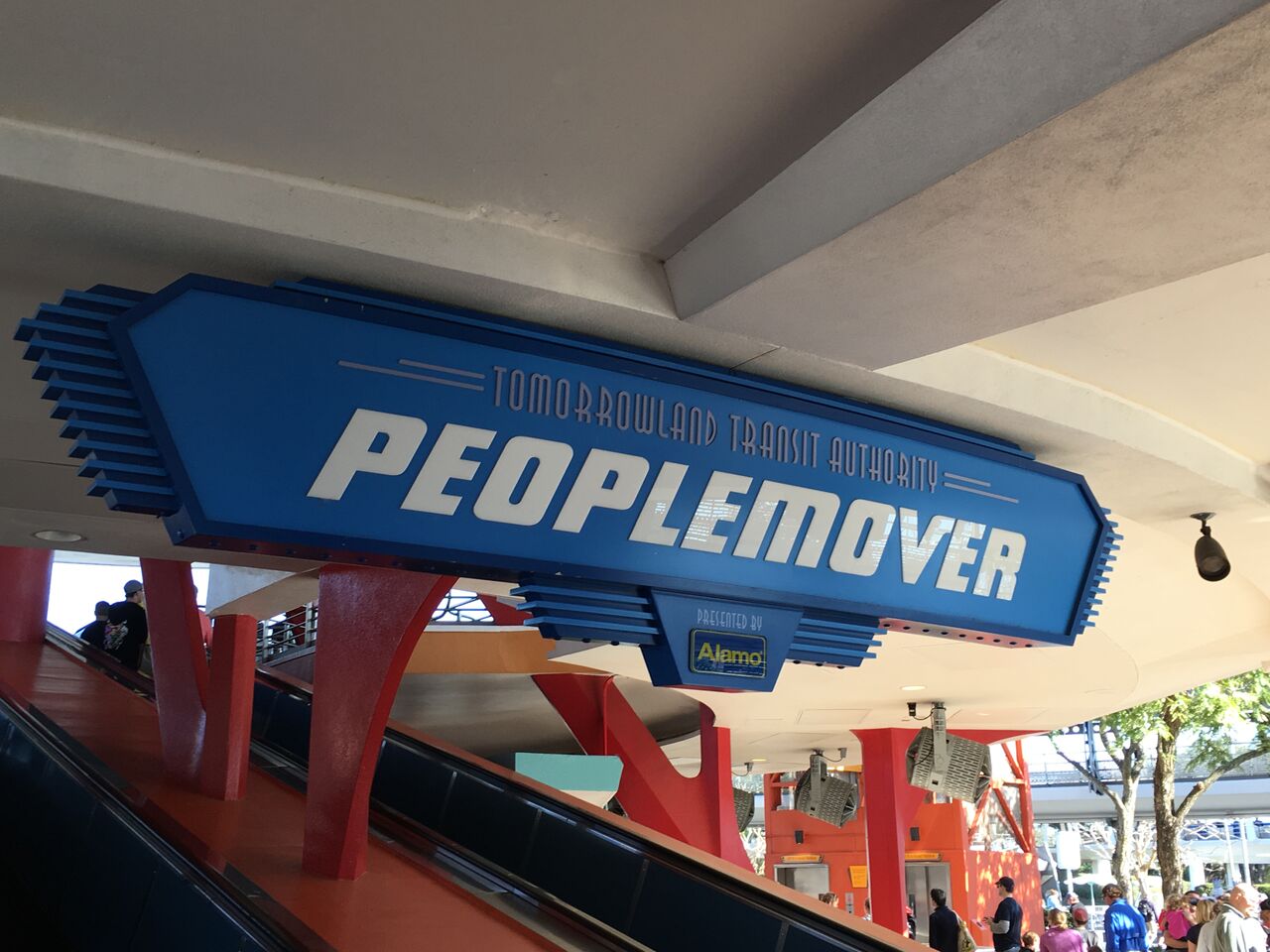 Sometimes the simplicity of something is what makes it so beautiful. The PeopleMover in the Magic Kingdom is the perfect example of this. If you are unaware, the PeopleMover is a small train run on an elevated track over Tomorrowland. The first version of this attraction opened in Disneyland on July 2nd, 1967. Guests loved the attraction, but unfortunately, it was closed in 1995 and replaced by the Rocket Rods. Rocket Rods ended up closing shortly after that and the old track in Disneyland Tomorrowland sits there today unused. Fortunately, the Magic Kingdom opened their own version of the attraction on July 1st, 1975 that is still in operation today! So why is the PeopleMover so great? Well there are a couple reasons, but one of the big reasons is that there is no line. That’s right. Well, essentially no line. At the very most it may be a 5 minute wait, but for the most part, this is an attraction you can walk right on. If you’ve never been to a Disney theme park you may not know, but an attraction having no line is a pretty big deal. With little line the PeopleMover becomes the perfect filler attraction. By that, I mean if you have 20 minutes until your next FastPass, riding the PeopleMover can perfectly take up half that time. Or if parents with teenagers want to skip out on Space Mountain, they can hop on the PeopleMover, and ride it a couple times around until their kids are off the roller coaster. If you are a Disney nerd like me, you might also enjoy the history of the PeopleMover. Walt Disney saw great potential for the PeopleMover, and he actually wanted to use it as a major means of transportation for the utopian city he wanted to build in Florida. This city was to be named Epcot, or the Experimental Prototype Community Of Tomorrow. Of course, as you probably already know the plans for Epcot to become a city were never completed, and it is now a theme park. The PeopleMover is a living example of some of the technology that Walt wanted to integrate into the city. Central Florida is extremely hot and humid, so hop on the PeopleMover and enjoy the breeze! It may sound silly, but when you’re sweating through your shirt in mid-July you’ll agree. Even at the slow pace of ~7 mph the ride picks up just enough for guests to cool down. Additionally, the PeopleMover does go through the building that houses Space Mountain, so you’ll have a nice reprieve from the heat in the air conditioning. The PeopleMover is simply one of the most relaxing attractions in Walt Disney World. It is only 10 minutes long, but many guests can fall asleep in that time. Walt Disney World vacations are tiring, and having the ability to sit down in a comfortable seat can be the perfect prescription during a long day. Unlike many attractions in a Disney park the PeopleMover has no storyline and isn’t used to market any intellectual properties owned by Disney. There is a beauty to this. It is almost a little escape from Disney within the park, and after a long day of Mickey Mouse, Winnie-the-Pooh, and Jack Sparrow, it can be nice to escape to the PeopleMover.