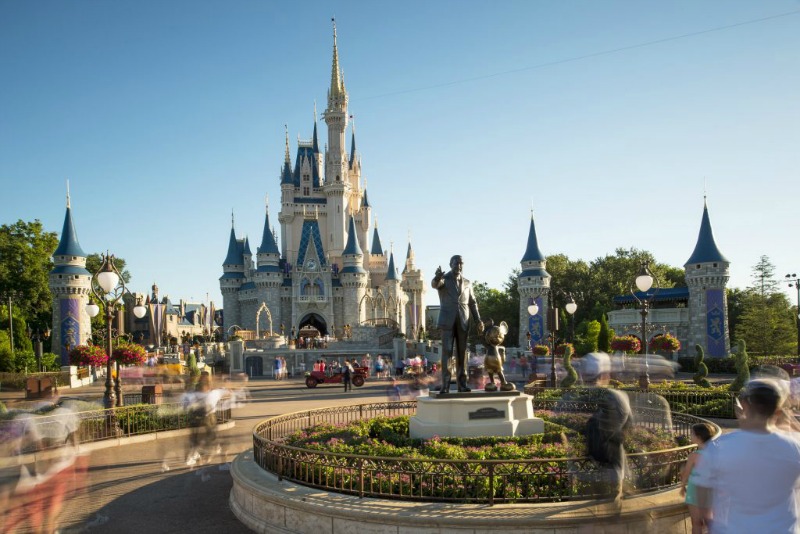 On March 14, 2018, Walt Disney World very quietly updated the parking information on their website; specifically, the Resort hotels section. There was no announcement made by the company publicly, but some Disney fan blogs got wind of the upcoming, we’ll call them “adjustments” for now, quite early in the morning and posted about them. We saw rumblings over on DISboards.com the afternoon prior and wondered if this rumor might really be happening this time.

At some point between 11 and 11:30 a.m. Eastern time Wednesday, the information on the official Walt Disney World website changed from the screenshot above to what you see below, fueling a fierce rage in the online Disney community like one I’ve never seen before. What was once a benefit, and I say benefit loosely, of staying at an onsite Resort hotel is something guests will now have to fork out more money for if they drive to or rent a car at Walt Disney World. Disney has also now given themselves another fee that can (and likely will) be increased regularly. I don’t think I’d be surprising anyone by saying that we’ve been paying for parking and other amenities such as internet access all along, but the actual fees have simply been built into the room rates – hidden if you will. The fact that Disney thought it would be a good idea to basically pull those fees out of hiding and form them into an additional and visible charge is surprising. Remember the survey back in 2016 that asked a question about Resort fees that would include parking? Is Disney leaving themselves open to add a Resort fee eventually as well?

Look, I realize that the purpose of a business, any business, is to make money. We all know that you have to spend money to make money, but at what cost? I do not believe that the decisions Disney makes to charge for these things are done for the sole purpose of what some folks call a “money grab” on their part. I think that smart business people should always be looking for ways to make their bottom line look better, but most do it in a way that doesn’t create such an uproar.

Related: Disney is Money-Grubbing and it is Getting Awkward

We need to take a step back and really look at what’s going on here. Why would Disney think that adding overnight parking fees for Resort guests to an already pricey family vacation was a good idea?

I tried putting myself in their shoes and here is what I’ve come up with.

Disney Resorts are FULL; in fact, they are quite full most of the time. You cannot typically get a last-minute — and by last-minute, I mean within the next couple of months — reservation at any of the Value Resorts. It’s really hard and often requires lots of refreshing and checking back. Sometimes you can get one at one of the Moderates, but it really takes persistence and a little bit of luck. Disney Vacation Club Members can pretty much forget about trying to reserve a studio at any of the DVC Resorts for any night that’s less than six months away.

Disney’s theme parks are FULL. People incessantly complain about the crowds and the wait times. There are so many people in the parks and even what used to be considered slow times of the year are not so slow any longer. What is Disney supposed to do to relieve the crowd problem in their hotels and theme parks and put a stop to the continuous and endless complaints? They’re already building new resorts; i.e. Disney Riviera Resort and the Star Wars-themed hotel at Epcot, and making major new additions; i.e. Toy Story Land and Star Wars: Galaxy’s Edge. These major additions take time and a whole lot of money. The money has to come from somewhere and I have a feeling that at Disney, money goes out just as fast as it comes in, if not faster.

Don’t get me wrong, I’m not too excited about these parking fees either. I am a Disney Vacation Club Member and if I want to go to Walt Disney World for a last-minute weekend getaway and stay in a non-DVC room that I pay cash for (because I want to use either my Florida Resident or Annual Pass discounts), I have no choice but to pay the parking fees too. The only way DVC Members can get around paying the fees is by staying at a DVC Resort or by using points for a Walt Disney World hotel room. This doesn’t make me happy at all because, as we are all very aware, those resorts are very expensive.

On one hand, I don’t have any issue with Disney offering premium experiences and things like that to bring in additional cash. For those who see the benefits and don’t have a problem with paying extra for them, it ends up being a great way to plus their vacations. There have been a few of these experiences in the past year or so that have come and gone such as those cabanas in the middle of Tomorrowland and the Express Bus Transportation. It seemed like the Express Bus Transportation was pretty successful as people spoke highly of it and were real happy to pay extra for it, but the service was discontinued back in August of 2017.

Like I said, Disney wants to make more money however they can as things aren’t getting any less expensive for them to build. They continue to increase the prices on theme park tickets and resorts while seemingly cutting back on things like ride capacity, so you’d think costs versus expenses were balancing out. Don’t get me started again on the fact that we still don’t have a nighttime parade at Magic Kingdom.

On the other hand, I do think that all of the additional fees for this and that are making it harder and harder to focus on the positive things, but that is what I strive for so let’s see what I can do. First off, let’s not forget that Disney added its Memory Maker free of charge for Annual Passholders. That is a benefit that you used to only be able to get at a cost of $149 (at the time – it’s currently $169/$199 respectively). When you think about how many Annual Passholders there are and you multiply that by $149, that’s a pretty hefty chunk of money coming right off of Disney’s net profit.

The fact that I was still able to receive a 20% Annual Passholder discount on merchandise at Walt Disney World this past weekend works for me as I was pretty bummed out when that was only a 10% discount.

I get that these aren’t huge things. Like I said earlier, I’m not happy about having to begin paying additional money for something that was once included (or hidden) in the Resort rates.

Since the news broke, there has been a lot of discussion online about how much land Disney has in Florida and that they shouldn’t charge for overnight parking because they own plenty of land. The fact that Disneyland has charged for parking for years keeps coming up but I don’t feel like that should come into play at all. I’m not feeling like how much land they own should make a difference one way or the other. Either you charge for it or you don’t; income received from parking costs isn’t going to make the land Disneyland sits on any larger.

One thing about all of this that continues to make me scratch my head is that most hotels I’ve ever stayed in who charge a parking fee have a set amount for all guests. The fee does not vary depending on what type of room you are in like these new tiered overnight rates Disney has assigned with the most expensive parking fee being the ones at the Deluxe Resorts at a whopping $24 per night which will be added to your guest folio at the end of your stay.

I know I don’t need to ask what you think about these charges because none of us are happy. What I do want to know is, how will these additional fees change your next Walt Disney World vacation?