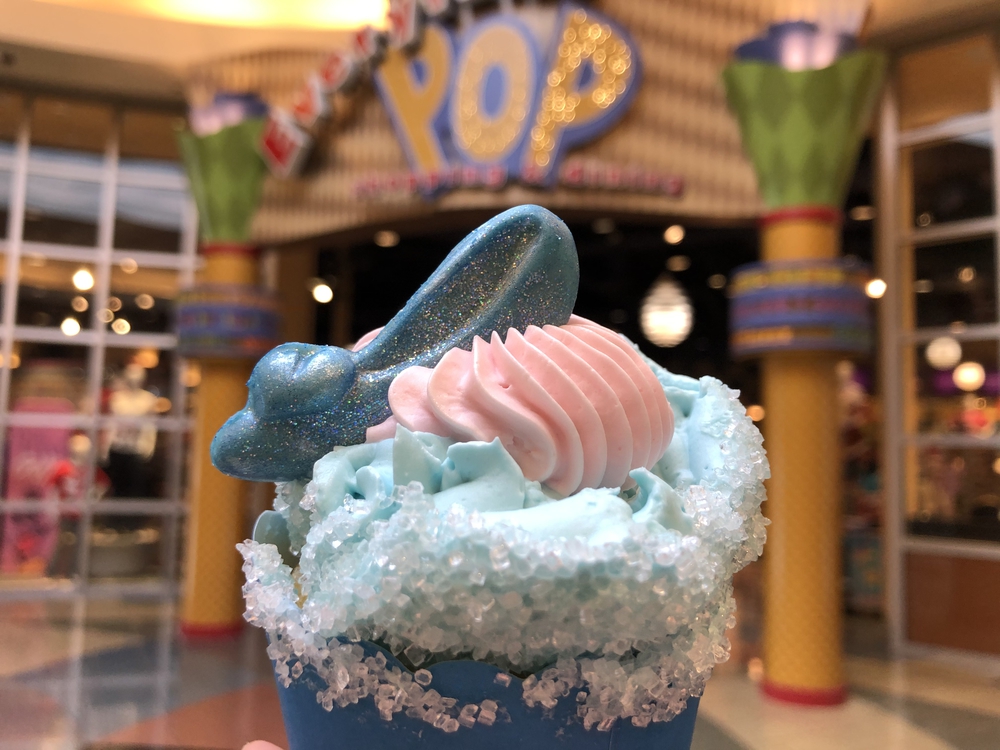 I love food. I do. I always have. Maybe you do, too. Perhaps you come to Walt Disney World with a list of the snacks and treats that you simply must try while on vacation. If you do, we’re the same kind of people.

I’ve had in the back of my mind for some time now that it would be fun to do a somewhat weekly series of articles called To All the Snacks I’ve Loved Before. Picture Willie Nelson and Julio Iglesias à la 1982’s To All the Girls I’ve Loved Before. Except picture them in Walt Disney World. Eating snacks. Yep, that’s it. The series would be a summation of the standout seasonal snacks currently being offered at WDW, and a love letter to the treats that reached the pinnacle of their craft (and that delighted my taste buds).

This is the first post in that series, but we’ll title the series Saturday Snacks instead. It’ll do. And it uses alliteration. That’s always fun.

If you spend time hunting down information about Disney snacks and treats on social media like I do, you’re likely clued into the fact that 2020 is the 70th anniversary of Disney’s Cinderella, and there are now snacks to help us celebrate the event. Thankfully, the bakery teams at Walt Disney World have used the anniversary as reason to whip up a batch of all things sweet, blue and glittery. If you haven’t yet read about all of the Cinderella-inspired goodies currently being offered, click here to get caught up. Come back when you’re done, and I’ll tell you about my experience as I tried one of said treats this past week.

As you read in the article linked above, the Cinderella-inspired snacks are everywhere. To highlight just a few, the Main Street Bakery is offering a Bibbidi-Bobbidi-Boo Cake that features lemon-scented mousse with blueberry compote filling atop a citrus almond cake. The Cinderella Soft-Serve (found at Pineapple Lanai at Disney’s Polynesian Village Resort) is vanilla soft-serve topped with a white chocolate clock, crispy pearls, and glitter. Cinderella’s Slipper Cupcake can be found at Disney’s Port Orleans Riverside and French Quarter resorts. The treat is a vanilla cupcake with strawberry fluff, buttercream, and topped with a white chocolate slipper, gold crispy pearls, and disco dust. I am most intrigued by the disco dust. I’m not sure what it is (although it sounds like fun), and I’m slightly concerned that it’s on an edible treat. But it does make me think of the Bee Gees, so I’m sure it’s just fine.

If you’ll be staying in a Disney resort between now and February 28th, be sure to take a peek at the refrigerated bakery case in your resort’s food court. As seen above, when a themed series of WDW snacks is introduced, the bakery teams in the parks aren’t the only ones to get in on the action. The teams in the resorts get to create sugary confections, too. And what they whip up is nothing to sneeze at.

I stopped by Disney’s Pop Century Resort on Tuesday to grab some pictures of the resort as it’s the spotlight resort of the week on The DIS, and it was the perfect opportunity to try the Cinderella-inspired treat that the Pop Century bakery team has created.

The cupcake ($5.99 before tax) can be found in the bakery case in the Everything Pop Food Court. The treat is called the Glass Slipper Cupcake, and is a yellow cupcake with lemon filling in the center, topped with tea-infused buttercream. The cupcake is adorned by sugar crystals, and a glittery blue white chocolate slipper.

Be sure to grab a plastic knife after paying as you’ll need it to gracefully free your cupcake from it’s blue paper wrapper. As you can see, the sugar crystals used on this dessert are of the chunky variety, and the bakery team didn’t skimp on the application. There are sugar crystals to spare on this treat, and, while you might need to wipe the table down after enjoying the cupcake, it’s nice that they gave us an abundance of the crunchy sugar topping. The cake is moist, and was what you’d want a yellow cake to be: light, not overly sweet, and a good backdrop for a filling and/or buttercream icing.

The consistency of the lemon filling landed somewhere between a curd and a pudding, and had a nice flavor. Just about anything lemon is fantastic in my book. One of my favorite things to do on a Saturday morning is to bake up a fresh batch of scones and slather them in gobs of lemon curd. The lemon filling in the Glass Slipper Cupcake is tart, creamy, and refreshing. As someone who loves lemon, I would have been okay if the filling was just a touch heavier on the tart side, but I understand that that will not appeal to everyone. The buttercream had a nice flavor, was used in ample quantity, and was perfectly balanced. It’s a good buttercream, and I enjoyed that, since it is tea-infused, it wasn’t too sweet and was a bit different from your run-of-the-mill frosting.

As I mentioned earlier, the sugar crystals travel. They’ll be on your table, stuck to your fingers, and they’ll seemingly multiply like rabbits. But they’re yummy, so it’s okay by me.

Disney announced this week that two new snacks will make their debut in the Magic Kingdom at the end of February: the Mermaid Slush and the Minnie Mouse Chocolate Chip Lava Cake.

The Mermaid Slush will be found at Prince Eric’s Village Market in Fantasyland’s Enchanted Forest. The slush will be berry-flavored, and will be topped with whipped cream and a chocolate mermaid tail. We don’t know if the new slush will replace, or be in addition to, the Witch’s Frozen Brew ($6.49) currently being featured at the location.

The Minnie Mouse Chocolate Chip Lava Cake will be a chocolate chip lava cookie that’s served warm. It’ll come topped with buttercream and a chocolate Minnie bow. The cake, which looks like a Minnie version of Jack-Jack’s Cookie Num Nums to me, will be available at Columbia Harbour House. If this treat is anything like Jack-Jack’s Cookie Num Nums (which, in my book, would be fabulous), you might need a friend to help you eat it. Just a thought: carry your Lava Cake to Storybook Treats in Fantasyland and add a little soft serve ice cream on the side. Hmmm…

So, what are your snacky thoughts? Have you tried a treat at Walt Disney World recently that knocked your socks off? Is there one that you’ve recently added to your must-eat list? Please share in the comments section below. We’re all in this together, you know. We’ve gotta share the snack love.