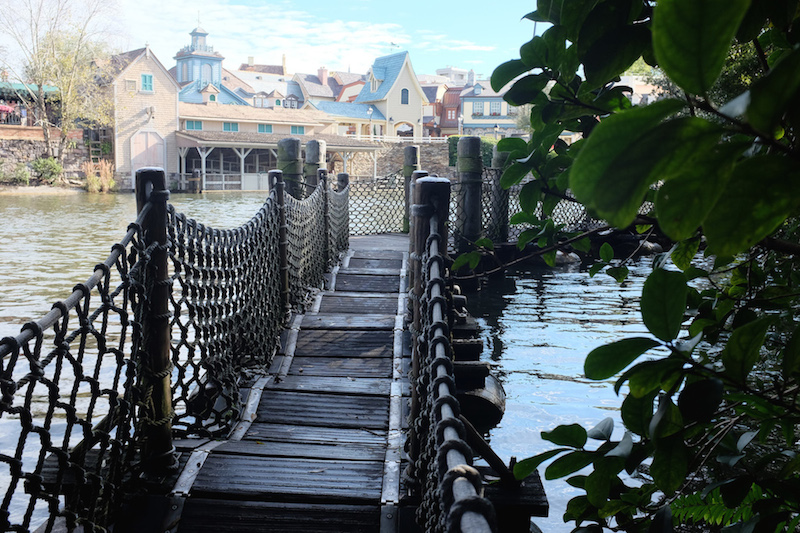 Even people who frequent Disney World as much as we do still have things they haven’t done at the parks.  I mentioned in a previous article that until recently, my family had never explored Tom Sawyer Island at the Magic Kingdom.

I had been there as a child, but my husband hadn’t, and we’d never taken our kids.  On a recent trip with my husband and our oldest son, we found ourselves needing a break from the crowds, so I suggested that we head over to Tom Sawyer Island. العاب الروليت   I always think about it while we’re on our vacations, but we are “commando” park people and it didn’t seem to fit our style.  Really, we just never made the time. We’ve been to Disney enough that you’d think we could take an hour and visit the historic island.  Nevertheless, we hadn’t until now.

Tom Sawyer Island opened in 1973, so just two years after the Magic Kingdom opened.  It sits in the back of the park in Frontierland, across the Rivers of America.  It is accessible only by raft, harkening back to a much simpler time.

As most people know, Tom Sawyer was a character created by Samuel Clemens, or Mark Twain, as he was better known.  The story chronicles the adventures of Tom and his friend Huck Finn, and stepping onto Tom Sawyer Island at Disney is just like stepping into the story and getting to go along on all those adventures yourself.  I grew up an hour from Hannibal, Missouri, Mark Twain’s hometown, plus my mom was an elementary school librarian, so reading this book was a pretty significant part of my childhood. لعبة الروليت   We went to Hannibal many times and toured all the Tom Sawyer sites, including the whitewashed fence in the story and Mark Twain Cave.  Even though I haven’t read the book in years, walking around Tom Sawyer Island was like stepping back in time and it was so fun to check everything out with my family.

The first thing we did was to sit down and play a game of checkers.  My 9-year-old son is amazing at this game and always beats me, so I was generous and let my husband play instead.  After that, we walked through Old Scratch’s Mystery Mine and Injun Joe’s Cave.  If you’ve ever been in a real cave, these were pretty realistic, with the tunnels narrowing in spots as you walked through.

We took photos by Harper’s Mill and then “set a spell” on Aunt Polly’s front porch.

This is a great place to get some photos of the riverboat coming by, as well as a unique view of the Haunted Mansion.  We also saw a PhotoPass photographer walking around the island, so you may be lucky and be able to get a great shot with the riverboat behind you.

We spent some time jumping on the barrel bridge, then headed to Scavenger’s Fort, which was basically a playground, but our son had fun climbing around and ringing the bell.  There was a picnic area nearby, which would be a great place to bring a lunch and relax away from the crowds.  In fact, once we got on the island, we couldn’t even hear the theme park noise anymore.  It was easy to forget how crowded the park was that day and just feel like we really were on a deserted island. After that, we went over to Fort Langhorn.  There weren’t many people around on the day we were there, so we climbed up every ladder and staircase we could find.  We “shot” guns at the Big Thunder Mountain trains from the Rifles Roost. This is another great photo spot if you’re patient.  My husband was able to take some neat photos of the riverboat with Big Thunder in the background.  When it was time to head back to the mainland, we snuck out through the “secret escape” and caught a raft back to reality.

Now that we have spent some time at Tom Sawyer Island, we will definitely be back. مراهنات التنس   We’re looking forward to bringing our other two kids and know they’ll really enjoy the trails and playing at the fort.  It was a great way to get out of a crowded theme park, while still enjoying ourselves at the Magic Kingdom!

Just a note – the island is not wheelchair accessible due to the varying elevations and steps you will encounter.