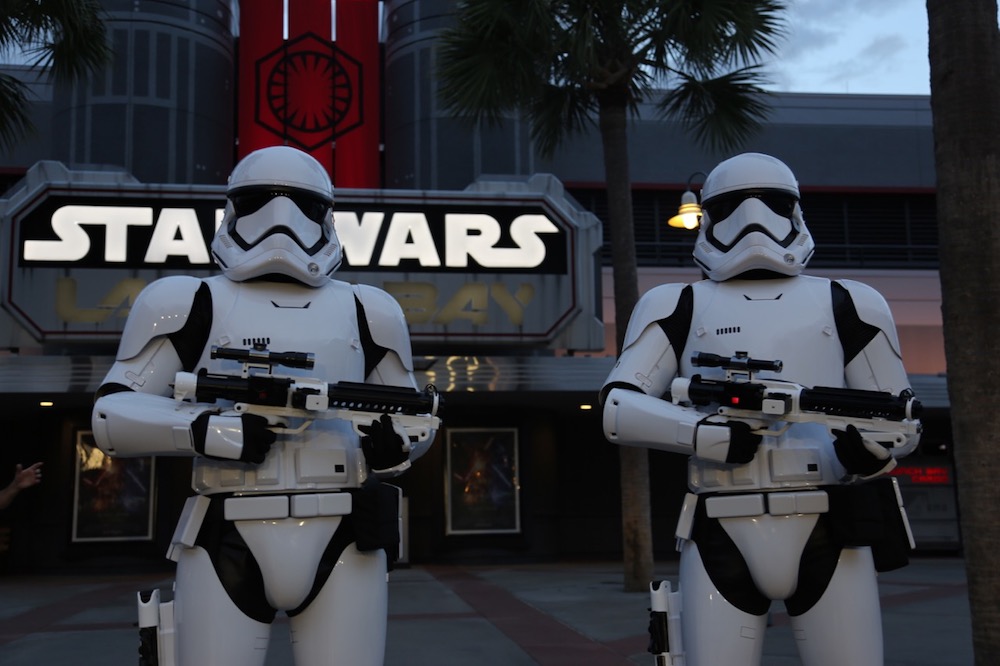 When you look back over the history of significant theme park expansions, there’s a lot to learn about their planning, construction, and implementation. Success and failure go hand in hand, giving consumers a mixed bag of experiences whenever a new expansion is opened to the masses. Even though the outcome is sometimes more predictable than others, it is an expensive lucky-dip.

We all know that Star Wars: Galaxy’s Edge is scheduled to unveil in both Disneyland (May 31st, 2019) and Walt Disney World’s Hollywood Studios (August 29th, 2019) with only one of the two main attractions opening alongside the land — Millennium Falcon: Smugglers Run will be operational when the lands open, Star Wars: Rise of the Resistance will debut at an unannounced later date. With that, expectations are running at an all-time high for Disney to deliver the perfect, fully immersive, age-appropriate experience for all. Nearly an impossible task.

Brace yourselves. We are about to delve into the controversial and impassioned topic of crowds and expectations. As we count down the final months of waiting, excitable fans from around the world have already taken the leap of faith and booked their flights and accommodation — many of whom are desperate to pursue their dreams of trading in cosplay and lightsaber toys for a hypnotic walk-through experience of a galaxy far, far away.

Disney is learning the hard way that crowds will continue to hit increasingly all-time highs as expansions debut, but what is being done to address the points of contention we have seen in the past? After all, the definition of crazy is doing the same thing repeatedly, expecting a different result. Okay, so maybe that is an overused cliche rather than the actual definition, but it isn’t far off the pertinent truth. The recent TWDC shareholders meeting revealed a staggered opening, not only sharing details of some aspects of the land being delayed in their opening but also touching on a new limited reservation system that will be implemented for Disneyland guests wanting to visit between May 31st and June 23rd.

One can only assume that in some open-plan, Google-styled boardroom for Disney “problem solvers,” someone finally pointed out that the status quo wasn’t going to cut it going forward. The result seems to be an ominous scheduling system headed for California that I suspect will likely see many guests that have booked a neighboring hotel, willing to battle endless crowds just to get a glimpse of their Star Wars haven, unable to get a foot in the door. The opening of previous developments has always involved the same sort of approach — book well in advance and prepare to wait; however, Galaxy’s Edge appears to be taking a different route to control the crowds, one whose late release will leave many missing out. 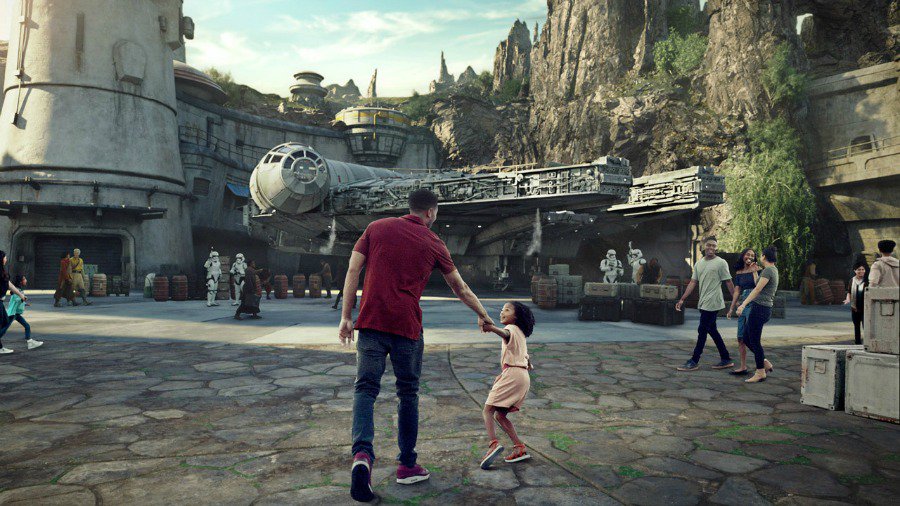 We already compared absurdity between the openings of Cars Land, Pandora, and Toy Story Land; now the question is, what have we learned? Opening a new land that is aimed at smaller children is one thing, but opening dual lands aimed at the ever-growing, cult-like following of Star Wars fans that spans more than 40 years in the making? That, my friends, is a whole other kettle of plushies. Despite the implementation of this mysterious reservation system to limit crowds in Disneyland, there is no mention of any sort of crowd control tactic being employed with the East Coast opening.

When is it just all too much? The answer is different and complicated for everyone, which is why there is no definitive answer. For die-hard fans of the Star Wars franchise, one can only assume that whatever wait times, capacity limits and price hikes are in store, it won’t be enough to deter the millions of people traveling from all over the world to experience either, or both, of these two Star Wars themed destinations. Well, except for Disneyland guests between May 31st and June 23rd, where it sounds as though getting a glimpse of the new area without an existing reservation in a Disney hotel may prove impossible.

So we know that it will be crowded, chaotic and expensive. What we don’t know is how, or if, they will choose to execute a more controlled roll-out of the experience to the intergalactic guests of Walt Disney World.

I can’t help but question if the more event-based entry approach to seasonal celebrations in Walt Disney World such as Mickey’s Not-So-Scary Halloween Party or Mickey’s Very Merry Christmas Party might lend the key to a more manageable, though expensive, debut. Not all that different to what is being eluded to in Disneyland but with a bit more notice so that those who choose to take up the reservation process can be guaranteed entry before booking the rest of their vacation. This brings us back to that rhetorical question of when is it just too much?

To a Star Wars fan, would the exclusivity and guaranteed access be worth the additional money? Would this actually create a higher value product since you are gaining a specific return on your investment? If you consider it with this in mind, is it then more valuable than playing metaphorical roulette at $100 + per person in general entry?

I guess we will need to wait and see which way Disney chooses to tackle this issue in Walt Disney World, hopefully preventing an all-out stampede before it is too late. Didn’t we all learn our lesson from Tickle Me Elmo in 1996? It’s all fun and games until someone gets trampled.

The question I pose for you is this. Is there a better way? Holidaymakers have already set their sights, and savings, on Disneyland vacation packages for summer 2019 in anticipation of the opening, but what if those guests travel all that way only to miss out on a limited release of Star Wars: Galaxy’s Edge reservations — especially given that Disney has stated these will be available at no extra charge. Given the late notice of this stipulation, will this ultimately leave many Star Wars lovers with their sabers in hand and nowhere to go?

As details of the West Coast opening unfold, eyes will soon focus on the east where no such roll-out plan has been indicated giving equal opportunity to all who have already booked their stay but with more room for chaos to ensue. What solutions can you think of that could be implemented to combat this trend of overcrowding in Hollywood Studios? Would you pay a premium for first access or guaranteed entrance to Star Wars: Galaxy’s Edge?

Either way, within a handful of months California and Florida will be welcoming an influx of Star Wars fans from across the world. Where will you be?