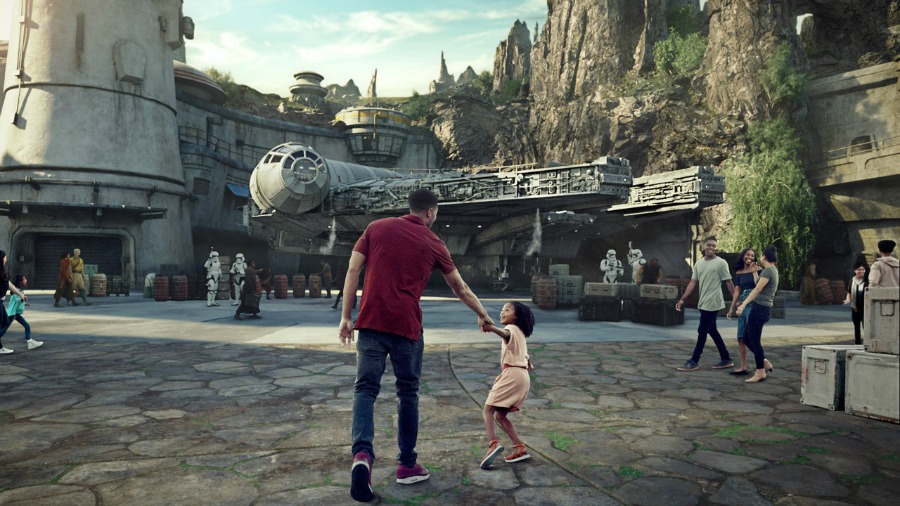 The Walt Disney Company’s 2019 annual shareholder meeting has concluded, and although the largest announcement to come from the function was an expected one, that doesn’t diminish the impact that it will have on Disney Parks fans and prospective vacation planners. Opening dates for Star Wars: Galaxy’s Edge in both the Disneyland and Walt Disney World Resorts were revealed by CEO Bob Iger during the Parks and Resorts update, with the stipulation that only one attraction would be running during the lands’ debuts.

Shortly after Iger’s announcement, The Walt Disney Company revealed some details about the new lands, their attractions, and how guests can experience them when they open. Here is what we know so far:

While Galaxy’s Edge may been the focus of the most fan anticipation, the meeting spanned many areas of The Walt Disney Company.

Some Parks and Resorts highlights include:

The Walt Disney Company’s new direct-to-consumer direction, the Disney-Fox acquisition, and other company issues got some attention as well:

Iger also spoke on Disney’s slate of upcoming films, with a 2019 schedule that includes Tim Burton’s Dumbo, the live-action Aladdin remake, Toy Story 4, and Star Wars: Episode IX. Shareholders were shown a clip Toy Story 4, a scene from the Disney’s live-action The Lion King, a sneak peak at the 2020 followup to Maleficent titled Maleficent: Mistress of Evil, and a special promo for Episode IX, which has completed filming and is currently being edited.

Shareholders also got a special glimpse into the making of James Cameron’s Avatar sequels. Now under the Disney banner as part of the Fox acquisition, Iger boasted of the sequels but did not give any completion timeline.