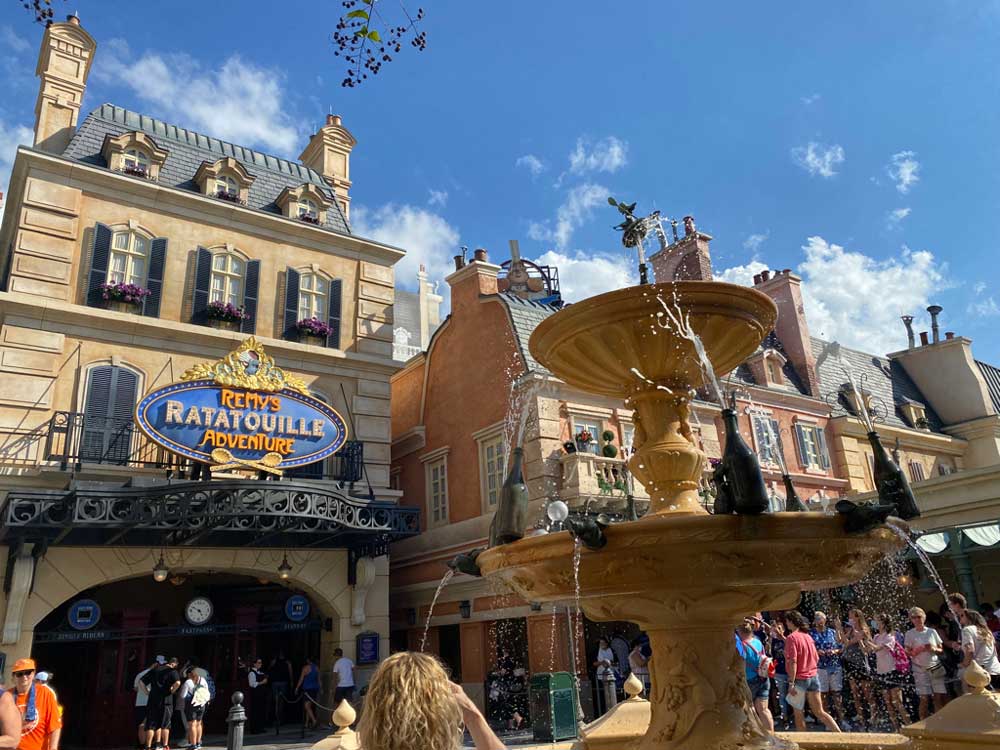 Why Remy’s Ratatouille Adventure was a thumbs down for me.

“In many ways, the work of a critic is easy. We risk very little, yet enjoy a position over those who offer up their work and to our judgment. We thrive on negative criticism, which is fun to write and to read.” ~Anton Ego, Ratatouille

That being said, here I go critiquing! On a recent vacation to Walt Disney World I rode the Remy’s Ratatouille Adventure attraction and left with disappointment. I was not comparing it to the newer attractions in Walt Disney World like Rise of the Resistance; I knew not to do that going in. However, by my third day, having easy availability to ride it by choice without a wait via the virtual queue, I chose not to. It was a one and done for me.

I won’t go into the details about the ride in full, because I don’t want to reveal spoilers for those who want to experience it themselves. I would like to highlight its shortcomings and weaknesses because I feel like Disney could and should do better with such a special, beautiful new area, in the French pavilion of Epcot’s World Showcase. And with some changes, maybe they still can.

Here are my top five issues I had with the attraction; let me know if you agree:

How do you feel about Remy’s Ratatouille Adventure? If you haven’t been on the attraction, you need to join a virtual queue via the My Disney Experience. I am glad there is something for children in the World Showcase, however, a lot can be changed, and should be changed, to create it to be the best it can be.