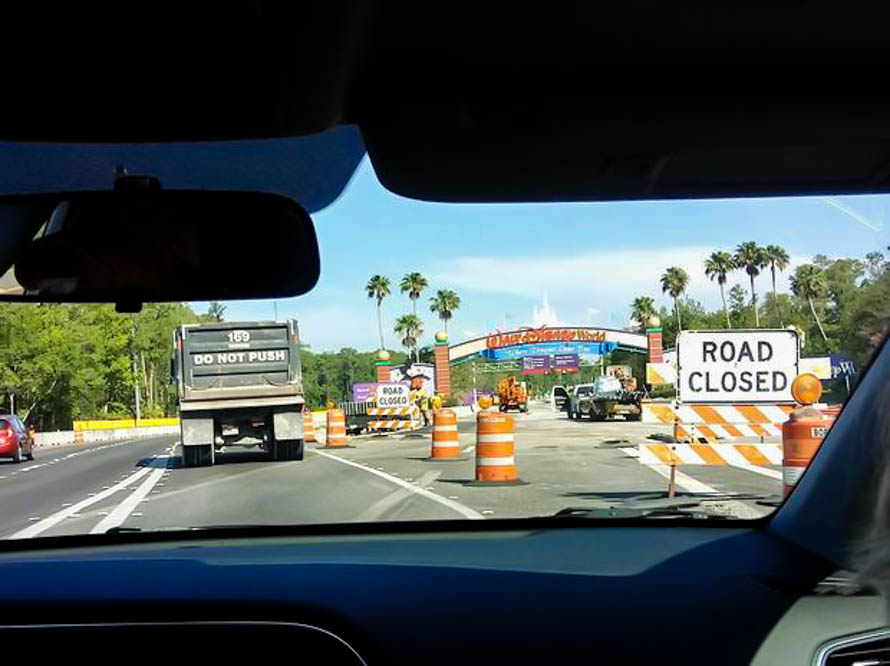 Taking Grandma to Walt Disney World for the “First” Time

Grammy’s first trip to WDW was in 1974. Her second trip was with our family this June. We are serious park tour-ers who were once accused of a driven pace. “Just one more princess?  Please?” Our decision to invite her developed out of a desire to share our love of WDW with her. This meant that we wanted to spend as much time with her as possible in the parks. We wanted to show her all of the things that make Walt Disney World so special. We needed to make some adjustments to our plans to ensure that she had fun alongside our family, so we chose to take a trip with a slower pace. What exactly did a “slower pace” mean for us at the Florida parks?

Many seniors have a morning regimen that includes prescription medication. If these meds need to be taken with food, some breakfast options might be difficult. Travel times to dining can be significant, and could affect when a person chooses to take required medications. This might mean having readily available food in the resort room, or being close enough to a quick service for breakfast to happen shortly after the alarm. A quick breakfast at the resort may be enough to get your group to a breakfast ADR (advanced dining reservation) without disrupting the routine. Likewise for access to restrooms. An awareness of a person's need for a place to check blood sugar or to use facilities is not just considerate — it will relieve stress for the senior if they don't hear "huffing" and see rolled eyes every time they need a pit stop. Be prepared for it and it won't be a hardship.

Entry:  Staggered Between Early and Late to Allow Recovery During the Trip

Instead of planning for everyone to be ready to roll out the door at 7:00 am every day, we chose an early day at Epcot, a late day at the water park, and then a split day at Magic Kingdom. This let everyone recover a little bit between days. Epcot is a park that would let Grammy hit the attractions at the Land and Sea pavilions early with low waits, and allow us to use a FastPass+ for Frozen Ever After. The other attractions at Epcot are accessible with fairly low wait times. It made sense to enter early, then leave early. In our case for the divided day at Magic Kingdom, Early Morning Magic made perfect sense. Our party split into two groups that day: the commandos who didn’t mind getting up at 5 am, and the laid back group who preferred coming into the park at noon. The early group was done with all the thrill rides by lunchtime and ready to complete a counter clockwise circuit starting in Tomorrowland. By the time we completed the circle, we had done all of the rides Grammy cared to do, ending with Jungle Cruise. No backtracking needed. We caught two parades, then finished up by shopping ourselves right back to the front gate. Magic Kingdom can get a tad overwhelming on a first visit — this visit showed her the highlights without wearing her out. The option to return late for fireworks was open, and again a split party solved that problem. 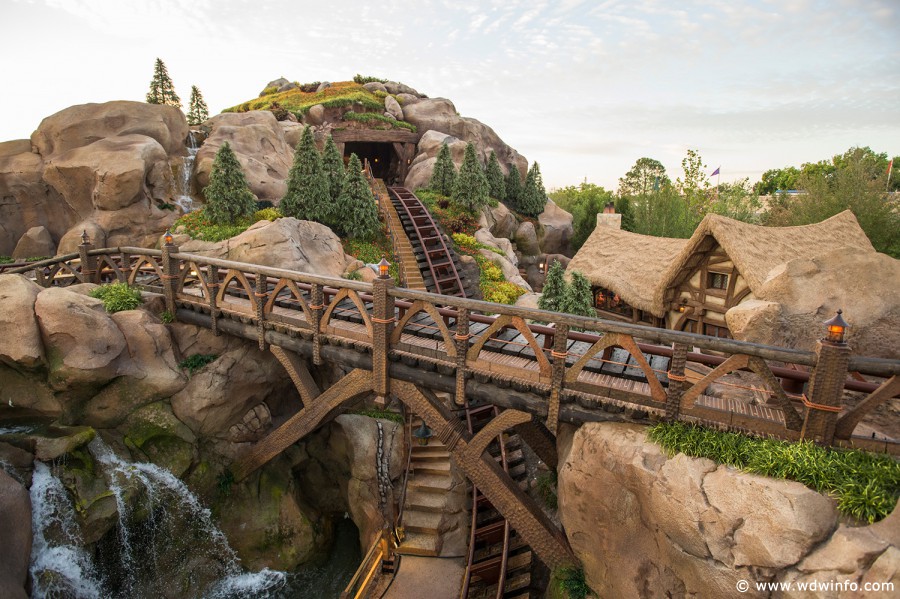 How many times can you ride 7DMT? A lot if you start at 7 am.

Our attractions had to be prioritized based on what we love to do and what Grammy would like to do. Our girls chose specific rides that they wanted her to experience. We also chose attractions that we did not want to miss, and then decided which were the most important. The rest we crossed off the list. This prioritization helped me set up the FastPasses. Setting realistic expectations helped the kids understand the goal of the trip was to be in the parks with her. We planned our day so that she would get to see the Festival of Fantasy parade at 3 pm. That structure eliminated some choices for us. Since we deliberately prioritized our attractions list, this was not a hardship. Slow down and enjoy the smolder.

Thrill level: What Is Good for Grammy Balanced Against What Is Not Negotiable for Everyone Else

The kids actually got a kick out of reviewing the rides and letting me know which ones were and which ones were not appropriate for Grammy. She needed reassuring whenever we got on an attraction that it was not a roller coaster. There may have been an eye roll or two from my teenager — I’m won’t sugar coat it. There’s a lot at WDW that is completely appropriate for Grammy’s thrill threshold. She sat out a lot less than she had expected. 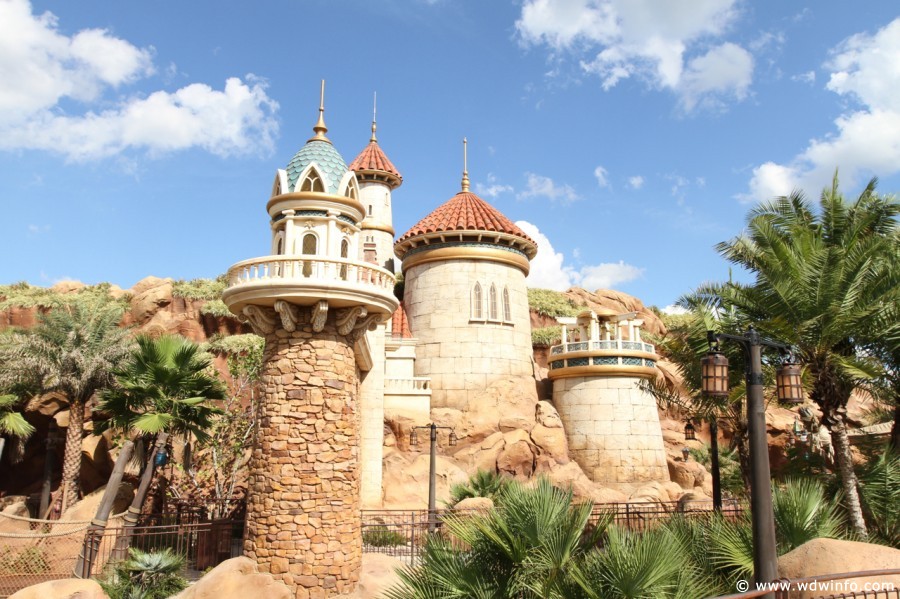 "This absolutely does NOT go upside down, Grammy. I promise."

Path:  Minimized Walking and Little to No Backtracking

The use of prioritization, FastPass+, and a good knowledge of the park layout allows effective one-way park touring. We've not enjoyed the parks this way in prior trips. I’ve always set my Touring Plan meters to “more walking” and “fast speeds.” It was enjoyable to head around the world in one direction without the pressure of needing to turn around in Japan to make it to Mexico to get to the UK to head over to the US… you get the idea. I’ve been a “tourer” so long that it was refreshing to just head around the big lagoon with no strings attached. Same thing in the Magic Kingdom; the layout leads you around naturally in a big circle. (Almost) Lingering in the streets of (almost) Paris

Attractions with high priority got the FastPasses. This relieved the pressure of the two kids missing out on something they had flagged as a priority. If we had been willing to split up more, there would have been more options. As our trip turned out, we were able to spend lots of time with Grammy and she didn’t have to split off as much as I had feared. The slow pace might have been a tad more difficult to plan because it was new for me, but the execution of the slow pace was wonderful. There was actual meandering involved. There were benches involved. There were even dill pickles for snacks. Dill pickles! I had no idea that dill pickles were sold in Liberty Square. What else could I be missing? Checkers, on Main Street USA, outside the Confectionary