Unpopular Walt Disney World Opinions that I Agree With 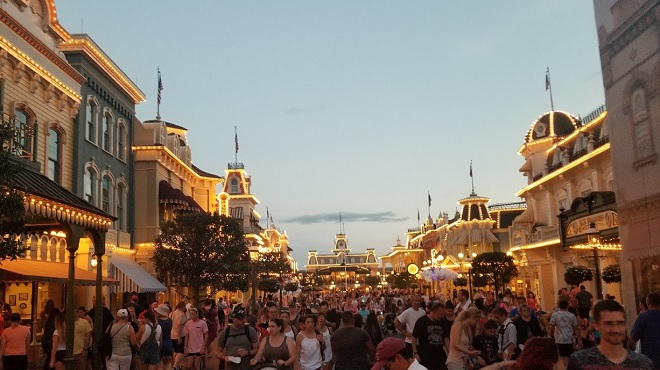 Everyone has opinions about Walt Disney World, and no one can tell you that they’re wrong because they are opinions. However, some of these opinions can be really unpopular! If you scour the internet, you’ll find people on the DISboards and social media debating different topics with passion. You’ll find people defending them to the death! This passion of Walt Disney World creates some really interesting discussions.

Here are some unpopular opinions that I agree with. Please let me know what you think. Maybe they are not as unpopular as they seem.

There are some people out there that really don’t get Dole Whips. Whenever you read message board threads about people counting down to their next vacation, you almost always see someone mentioning they can’t wait to get a Dole Whip. I don’t really get it. They taste pretty good and they are refreshing on a hot day, but what’s the big deal?

If you strip away the nostalgia, and get rid of the sights, smells, and tastes that trigger memories of your childhood, it’s just blended pineapple. Do you guys eat that much pineapple at home? I don’t get it. I feel bad for the Citrus Swirl.

If you really think about it, half the rides at the Magic Kingdom aren’t good.

The Magic Kingdom is peak Disney from iconic Main Street to Cinderella Castle, and from Space Mountain to Pirates of the Caribbean. It’s the most popular theme park in the world. People go because it’s a destination, an environment of happiness and cherished memories, and because they have some fun attractions. But not all attractions are created equally.

If you really think about it, half the rides aren’t even really good. Just look at this list and ask me if these couldn’t be upgraded, or have much better versions elsewhere in the world.

Once TRON is up and running, you might be able to sneak the aging Space Mountain onto this list once you can start comparing the two. I can’t really count Casey Jr. Splash ‘N’ Soak Station, but it is listed as an attraction on Disney’s website. And don’t get me started on all the wasted space for Fairytale Hall.

You know I’m not the only one who thinks that Peter Pan’s Flight is overrated if you watch the Best and Worst of Walt Disney World. For the longest time, I really haven’t understood why this is the target of rope droppers across the country. Who doesn’t love the movie, but it came out 70 years ago. The most recent attachment to this IP was the very popular Disney Fairies cartoons and merchandise that almost became the focus of New Fantasyland at the Magic Kingdom. So why is this ride popular when it doesn’t even showcase Tinkerbell in a way that represents her popularity?

It’s a fun dark ride, but the novelty of an overhead track versus a ground track is hardly worth the draw. I really don’t get it.

Tom Sawyer’s Island and the Riverboat should be replaced with a new land or be used to expand existing lands.

There is an argument that the existence of water and trees that encompass the whole area the Riverboat uses adds to the park’s lack of greenery. I don’t particularly disagree with that statement, but as far as the attractions and the use of that property, I think they should be replaced with something new and better.

Just take a glance at Google Maps of the park, and you’ll find that there is a lot of space there – all within the berm – with plenty of space behind it. You can fit a few TRONs back there.

I’m not going to engage in armchair Imagineering about what they could do with the space, but I know they could do something amazing with it, and guests would probably be able to walk from Big Thunder to It’s a Small World a lot more easily, too.

What are some unpopular Walt Disney World opinions that you agree with?