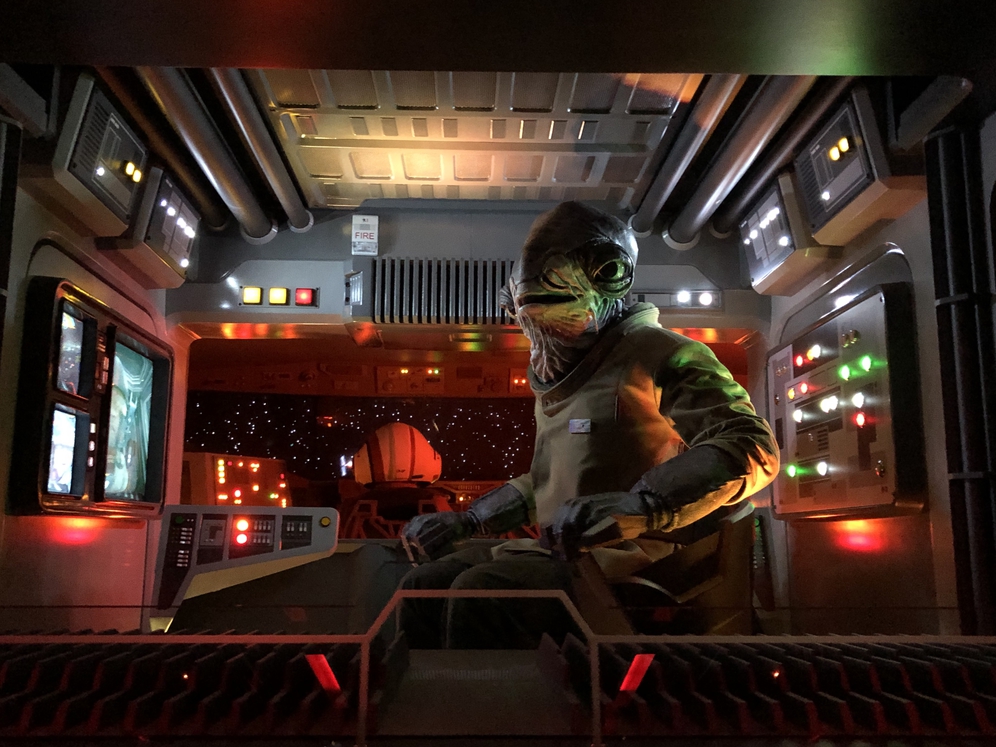 Disney announced two weeks ago that the process by which guests of Disney’s Hollywood Studios join boarding groups for Rise of the Resistance would be changing. Beginning November 3rd, no longer would the first release of boarding groups happen in-park at 10am; the first boarding group drop of the day would occur at 7am. As long as guests had a park pass for the Studios that day, and were “nearby,” they could log into the My Disney Experience app and try to get a boarding pass. So, how did the process go for me on the first day of the new procedure?

First of all, I live near the park, so I met the “nearby” requirement. That being said, after taking a peek at social media after the first boarding group release of the day, I saw that a guest who was 2 hours away from Walt Disney World got a boarding group. So, when Disney says that you should be “nearby,” that seems to be a pretty broad radius.

Secondly, I love this new procedure. Yes, I set an alarm to remind me just in the off chance that I got busy doing something other than watching the minutes tick by, and, yes, there was a general anxiousness as I waited for 6:59 to flip to 7:00, but this was an infinitely better guest experience than the old way of obtaining a boarding group. If you’d like to read my experience of attempting to secure an in-park boarding group just before the switch to the new procedure, be sure to click here to catch up. Cliff’s Notes version: it wasn’t fun. At all.

Instead of getting ready and getting over to the park after dealing with lines of cars filled with guests trying to do the same at the auto plaza, I logged into the app and double checked that everything was ready to go while I waited for a cup of tea to brew. Instead of joining a line of guests all trying to get through the temperature check station and security bag check in time to enter the park and be ready for the drop, I prepped for the big moment in my jammies. While I was still nervous that I might not get a boarding group because the process of filling groups still takes just seconds, the level of anxiousness was much, much lower than it was when guests had to be present in-park for the first drop of the day.

I logged into the app a couple of minutes in advance, and the second that my phone said it was 7am, I clicked the “Join” button. The app took a second or two or process, and then allowed me to proceed. I received boarding group 13.

Keeping an eye on the app, I could see that boarding groups didn’t begin loading until fairly close to park’s opening time of 10am. As was the case prior to the procedure change, when a guest’s boarding group is called, a push notification is sent, letting that guest know that he or she has one hour to arrive at Rise of the Resistance to ride the attraction.

When I received my push notification, I gobbled down a little something to eat and headed over to the park. The auto plaza wasn’t packed with cars, the temp check stations were without lines, and security bag check was a breeze. I entered the park and made my way back to the attraction with time to spare. The wait before enjoying the attraction was minimal.

In my mind, the new procedure is a great step in the right direction in the guest experience category. Having guests log on and try to get a boarding group from the comfort of their resort room or home is big. Not having to stress about getting into the park and go through the whole process in-park is huge.

Guests who are unable to get a boarding pass during the 7am drop will have another chance to obtain a boarding release at the 2pm release. Guests do need to be in the park if they want to try for the 2pm drop. And, if guests don’t get a boarding group at 7am and they don’t want to wait until the 2pm in-park release, they now have the chance to change up their plans for the day and grab another park pass, if they’re available.

Have you had the chance to try out the new boarding group procedure? If so, what did you think? Will this update make your next visit to the Studios a bit easier?

If you’d like to hear more about the new boarding group procedure, we discussed the details on last week’s DIS Unplugged.