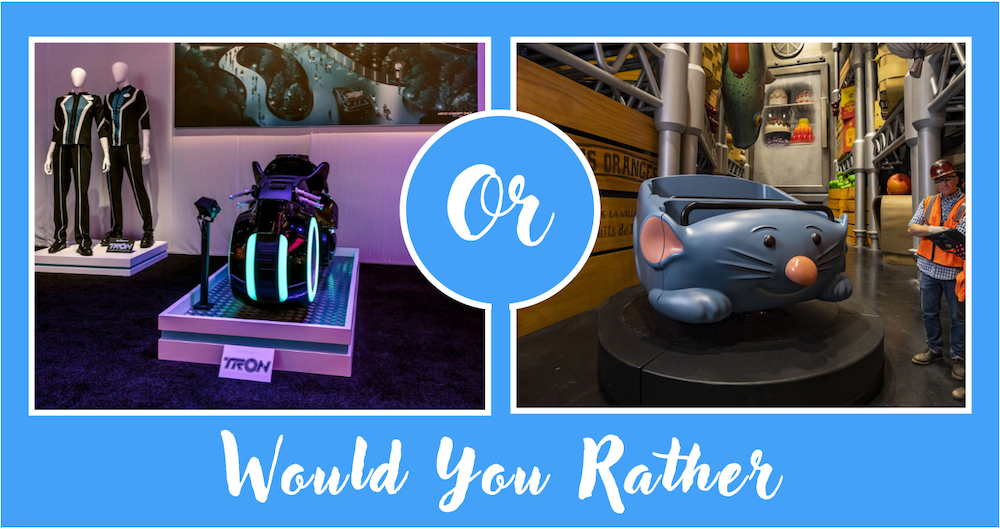 This time we are looking to the future to find out which of these two highly-anticipated rides you would rather get a jump start on. There's no time to waste, let's get into it! Would You Rather...

You've been given the chance to take the first ride on a new attraction. Would you rather cash it in for a ride through TRON Lightcycle Power Run or Remy's Ratatouille Adventure?

For anyone that wants to do some research before they answer, TRON Lightcycle Power Run is expected to debut in 2021 nestled within the Tomorrowland area of Walt Disney World's Magic Kingdom after it's overwhelming popularity in Shanghai Disneyland since 2016.

Remy's Ratatouille Adventure, on the other hand, will be delighting guests in the France Pavilion of Epcot's World Showcase hopefully sometime in 2020. Even though it's original projection was for Summer 2020, we're allowing a little grace period considering the current situation and keeping our fingers crossed that we will still see it sometime this year.