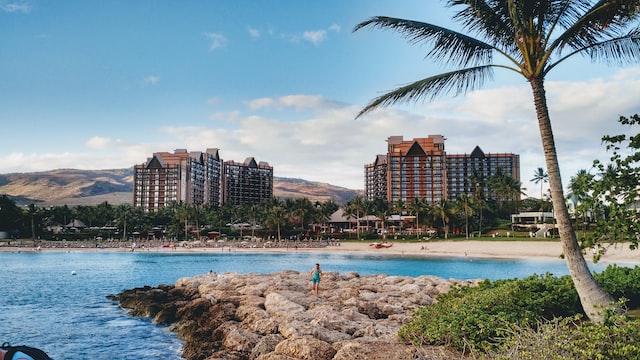 Aloha, friends. A recent stay last week at Disney’s Aulani Resort had me noticing some of the more frustrating behaviors that I hadn’t been missing in my few years without international travel, and I thought instead of getting riled by it, I might share some of them with you and see if you can relate. I’m reinventing a series that I used to write pre-COVID — back when things were a little lighter, and everyone had a sense of humor — in hopes of reigniting some of that mischievous banter we once all had.

Are you ready to take a light-hearted, satirical look at some of the more interesting behaviors I have encountered in the last week? Let’s do Top Five People You Don’t Want to be, Aulani style. If you are new to our therapy group, check out the previous session notes below. If you know your way around this meeting of the minds already, feel free to skip ahead to the action.

Now that we have reviewed the case notes, please assume a comfortable position, and let’s get started.

This was the one that started it all. It’s the worst when you arrive at your resort, exhausted from your long (for us, international) flight, only to have to wait in an extensive check-in line. No one can help it, so this isn’t my complaint, that 3 pm arrival time is pretty standard, so you know there will be someone already there. However, what makes this worse is when the people in front of you take much longer than necessary while trying to strongarm the poor staff member into swinging them an upgrade.

“It’s our anniversary… um, no, I mean, we just got married! What about if it’s our birthday as well, BOTH of our birthdays at the same time as our anniversary? That’s it; We got engaged and married on both our birthdays, which are today. Does that get us an upgrade?” Why not just add that you are pregnant and dying of a fatal disease while also being a foreign diplomat and a superhero to the list and see if that helps? Or, here’s a crazy thought, you could accept the room you paid for and let me check in behind you.

Asking and seeing what happens is one thing, but arguing and trying to guilt the poor person behind the desk into giving you something that might not be possible is just rude.

So I am in the pool, and a younger child tells their mother I need to potty! While I could say so much more about the phrase alone, I don’t think much of it, expecting them to make a quick exit for the restrooms and then return. To my horror, the mother lowers and stiffens her tone as she replies, we are not going back to the room again; just go here. (In the pool!)

Now, I will confess that I do not know if the child actually went on to pee in the pool; understandably, I wasn’t hanging around to find out, though my disgust in her reply was the same either way. I can confirm that they did not get out of the pool. Now I get it; you have younger kids, and going back and forth to the toilet can be an absolute pain, but in the pool? Can’t even sit on the grass discreetly or the ocean just over the way? But the pool!!

The image below is not the Pool Pee-er in question.

One of the summer’s many perks is the fun you can have in and around a pool area, especially if there is a waterslide. As your children get older, the hope is that they can enjoy a little bit of autonomy while you relax nearby, keeping an eye on them, of course, but letting themselves up and down the water slide. The problem is, with wet kids and slippery surfaces also comes an element of danger, so you can imagine the look on my face as a spy, an older teenager, pushing and shoving through the line to reach the top without waiting in line. The line of primarily kids didn’t seem to want to get in his way, so I decided to join them the next time around myself and see what happened.

Sure enough, up he came, ready to push past everyone one by one to get where he was going. Now, before someone mentions that he might have a disability or neurodiversity that prevents him from understanding the need to take turns, don’t worry; I have that covered. Both my children are autistic, so I had already considered this before getting in line, yet the way he was carrying on with friends (or perhaps similar ages family) showed no sign of any misunderstanding.

As he came up behind us, I turned around with a smile and stopped him in his tracks. Without words, there was a look, the one his parents hopefully would have given him should they have seen what he was doing, that said, enough! He stepped back and waited in line behind us. I am under no illusion that I changed this kid’s behavior for good, but there was definitely a bump in his fast-tracked approach for the time being.

It’s been a long day of fun in the sun, and you are ready to spend some time relaxing in your room. The kids are busy, and you might even start to close your eyes for that rare nap while the warm breeze wafts in over your face when you are startled by someone yelling. Hoping it is a one-off, you reset and let your eyes flutter closed once more to attempt some moment of unusual peace when it happens again. This requires investigating.

Out on the balcony, you find the couple in the next room, yelling over their railing to their friends below. Confusion strikes your brow as the conversation continues for much longer than an acceptable “we’ll be right down” or similar. An entire ten-minute+ discussion unfolds detailing everything from what they ate for breakfast to what time snorkeling could be tomorrow, all in the strained-yelling tones of loud and obnoxious.

Now granted, it isn’t particularly late or even much of a problem if you are saying hello, or something else of a quick nature, but screaming your life’s story from your balcony, down several floors to your mates heading for the lazy river is super uncool. No one cares if you added your #eggs to your ‘gram this morning!

I’ll start this by stating that I understand when you go to somewhere like Aulani, where things are admittedly quite expensive, you are paying for an element of luxury. You want to feel catered to and as though your needs are met during your stay. Notice I said needs, not wants. In any case, I’ve come across more families here than ever who have taken on this idea of “that’s not my job.”

Drop your food by the pool? No need to even try and pick it up; that’s not your job. Leave your rubbish at the quick service table instead of in the bin only a few feet away; no worries, that’s not your job. Can’t be bothered picking your own towels up off the floor? Who cares? It’s not your job! Where did this mentality come from? There seems to be this sense of entitlement that comes because you chose to stay in this resort, as though you are now not required to show any human decency or responsibility.

The resort, and its staff, don’t owe you anything but the room and activities you chose to book. For duck’s sake. Pick up your spilled snack, throw it in the bin and hang up your own towel!

As usual, this is a light-hearted winge about some of the sillier behaviors that we see in and around Disney resorts, like, in this case, Aulani. I am sure everyone can think of extenuating circumstances for some of these, but really, none of them are deal breakers; they are just a bit of fun instead of getting frustrated. Not to be taken too seriously.