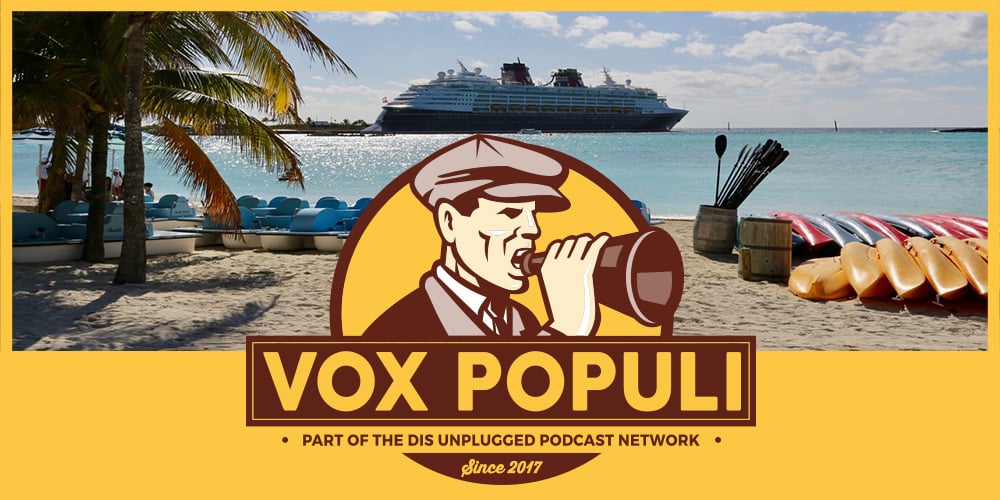 Last Friday, the Disney Dream was supposed to visit Castaway Cay, Disney’s gorgeous private island in The Bahamas, but after three failed attempts to dock, the visit was called off. Posters on our Disney Cruise Line forum at DISboards.com are sharing experiences they’ve had when they’ve been on a Disney Cruise that wasn’t able to dock at Castaway Cay for one reason or another, usually weather-related, and we thought we’d share some of them here.

Poster ‘suedon70’ says: “It happened to us on our 3-night Dream in January 2017, one and only time in 7 DCL cruises (so far). We woke up to bad weather and noticed that we hadn’t yet docked at CC like we normally would at that time of the morning and the Captain then made the announcement. We just made the best of the day: trivia, bingo, movies, etc. It’s disappointing but its a part of cruising that sometimes happens.”

Poster ‘Cruising Engineer’ reported: “We had to skip CC because of Hurricane Sandy. Tried to outrun the storm back to PC but didn’t make it. What a ride we had from dinner and all through the night. Not the best idea to outrun a hurricane that was growing in strength and size. Those paying for their cruise [as opposed to Disney Vacation Club Members paying with vacation points] received a 25% voucher for a future cruise.”

Poster ‘allears’ shared some good advice along with their experiences:

In 15 cruises since 2000, it has happened to me four times. Once we knew before we sailed as CC had been hit by a hurricane right before our cruise. We went to Costa Maya instead. Two other times the winds and currents were too strong for the captain to get the ship docked, despite several attempts. The last time it happened the Fantasy had mechanical issues and they weren’t sure they could safely dock and more importantly return to PC in time on debarkation day.

Having been to the island all of the other times, we weren’t as disappointed as those who had never been there an may never be back. I totally understand that, but we did see some ugly behaviors. I know that there is a chance of missing any port of call or even having the whole itinerary changed, it’s part of being on the open seas.

Each time I thought Disney did a great job trying to accommodate, with extra activities, shows and in some cases extra alcohol and in one case a discount on a future cruise.

I don’t think folks should stress over this before sailing, but should always be prepared to adjust their expectations based on the realities that may present themselves.

‘Camcolt’, our Disney Cruise Line forum moderator, shared an experience she had missing Castaway Cay for a non-weather-related issue:

We’ve missed it once in 22 attempts. We had a bit of a unique situation as we were somewhat prepared.

The afternoon before the Captain made an announcement that we were going full speed ahead to try to get there before a front that was moving in. Then a bit later, we came to a stop. It turned out a “boat” (if you call it that) of Cubans was spotted nearby and we had to stay with them until the Coast Guard arrived. This took hours and as every minute ticked by we lost a little more hope of beating the front. Approximately 3:00/4:00 am we arrived at CC, and a few attempts were made to dock but before we knew it we were heading toward Nassau, where we ended up spending that next day.

Disney did nothing to make it up to us, not that we expected anything. This was out of their control. Of course it was disappointing, especially knowing how much we love it there, and it was going to be our first time running the CC 5K with the then “new” medals (CC specific, not the generic Mickey Winner medals). We made the most of the day and even ran a 5K on the ship on our own. We also found out we could still get the medals so that wasn’t a total loss.

I guess the way to look at it is, yes, it stinks and feels like quite a loss, but you are still on a Disney Cruise. It can’t be too bad.

For those who like to see the analytics on how many times folks have missed docking at Castaway Cay, poster, ‘insureman’ has an interesting thread going with a poll detailing which months it’s happened to those who vote.

To join in on the discussion or to share your experience, visit the thread titled, “Failed Docking at CC.”