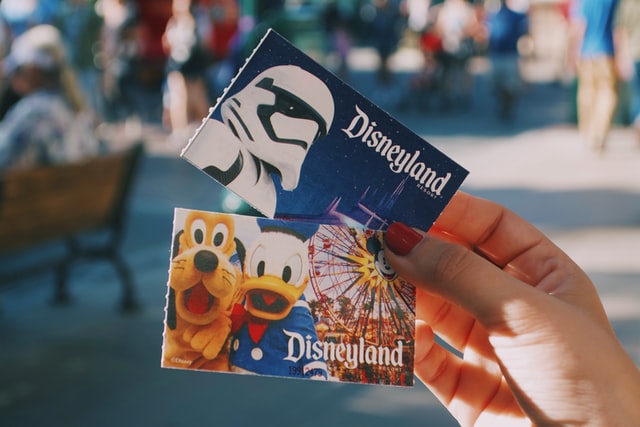 On March 13th, 2020, Disneyland Park, and its side-kick California Adventure, shut their gates for what fans thought would be a short-lived and temporary closure. Coming up to February 2021, there is no end in sight for this lockdown of the happiest place on earth. Watching the rollercoaster of events in Anaheim over the last ten months with openings, closures, and heavy restrictions, there is one thought that I can't seem to shake: can Disneyland survive COVID?

Regardless of where it is, every business has a breaking point, a moment in time that definitively marks when the company is better off closed up and sold off than kept running. It is easy to say that a massive corporation like Disney could never reach that point; with deep pockets and endless revenue, Disney can take any hits that come their way. Right?

Disneyland has steadily increased its ticket pricing from the $1 one-day entry at the opening in 1955 to the current cost of $104 - $154 for a one-day, one-park ticket. Pricing increases are often seen as corporate greed, reaching for our wallets merely because they can. They are also the result of the rising cost of business and a necessary evil to cover maintenance, new attractions, growing expenses day-to-day operations. While operating seven days a week, every aspect of upkeep and maintenance, carried out in the cover of night, costs more money than ever before. What happens when all of these services are still required, but there is no revenue stream coming in from guests?

During the last 66 years, Disneyland has only closed a few times. A national day of mourning in 1963, an earthquake in 1994, and September 11th, 2001. Aside from these three days in six decades, Disneyland's ticket pricing has been calculated based on a seven-day per week opening. Suppose you try not to think of this as an extension of the more significant Disney corporation, but as a stand-alone entity. In the past 320 days, we have already seen thousands of cast members let go, and programs like the Annual Passes halted; how can they survive another without a return on investment?

I know what some of you are thinking: what expenses? With a skeleton staff and no guests on property, what is there to do? And in some aspects, you might be right; no guests mean no cast members to operate attractions and performers sadly missing from the parks as well, but that isn't the end of Disneyland's financial responsibilities.

Lights remain on, the grounds are well-kept, attractions maintained to the highest standard, and I can only imagine the unexpected issues arising from rides sitting dormant for so long. Even the dirt Disneyland Park occupies costs money minute-by-minute.

Electricity bills, gas, water, sewerage, all spread over two parks and a sleepy Downtown Disney area that eagerly awaits the green light to return to operation after Anaheim's stay-at-home order was lifted just days ago. Gardeners, cleaners, engineers, security guards, the list of staff, even when not operational, would be extensive. I can't help but ask myself, at what point does Disneyland not make it through?

A few of you might be ready to brand me with some label that implies I am sympathizing with the enemy when really, it is not that dramatic at all; just a simple knowledge of business basics that has me thinking. I'm not even suggesting that the point of no return for them is now, but it is somewhere, and it stands to reason that this is a possibility in the future if they aren't able to reopen.

Disneyland was the one that started it all; Walt's dream that became a source of enjoyment and escape for millions of people around the world. It all began in a little orange orchard in Anaheim. The problem is, nostalgia doesn't pay the bills. How far can they be pushed without park guests to carry the load before it is no longer viable to keep going?

Let me know what you think in the comments below.