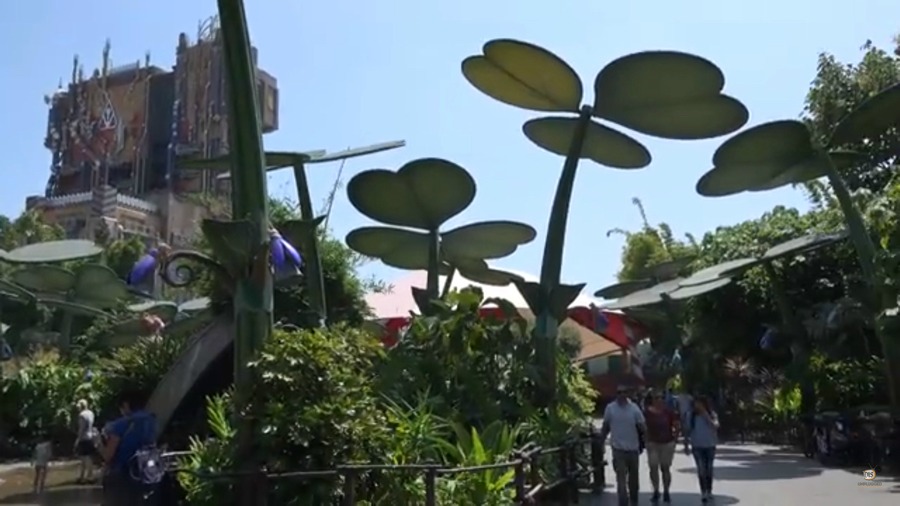 As most Disney fans know, ‘a bug’s land’ at Disney California Adventure Park closed earlier this month to make way for the Marvel-themed area that’s set to open in 2020.

I’m not sure about most of you, but I’m not terribly thrilled about this. It’s not so much that Marvel is coming, but it’s more about losing one of my favorite lands inside California Adventure. A Bug’s Life was one of the most popular Disney movies in my house when my kids were very small and when we visited ‘a bug’s land’ for the first time, they both nearly lost their minds at how big everything was from the popsicle stick benches to the Chinese food take-out boxes.

I admittedly don’t take the closing of entire lands very well as I still haven’t really gotten over the removal of Mickey and Minnie’s houses at Magic Kingdom in Walt Disney World. I often wonder what became of them. Did they take them apart and throw out all the pieces? Did they donate them? Of course, I’ve read speculation, but I don’t typically buy it unless I hear it right from the source.

I often hear folks complaining when Disney re-purposes their props and things for other attractions, but why? I seem to remember a slight uproar when it was announced that Flik’s Flyers would become the Inside Out Emotional Whirlwind as folks said it was a “cheap” move on Disney’s part. In my opinion, recycling is the best plan. I for one hate it when companies are wasteful rather than mindful and since there is obviously nothing wrong with the attraction, why let it sit and rot when it can be repurposed into something more relevant? 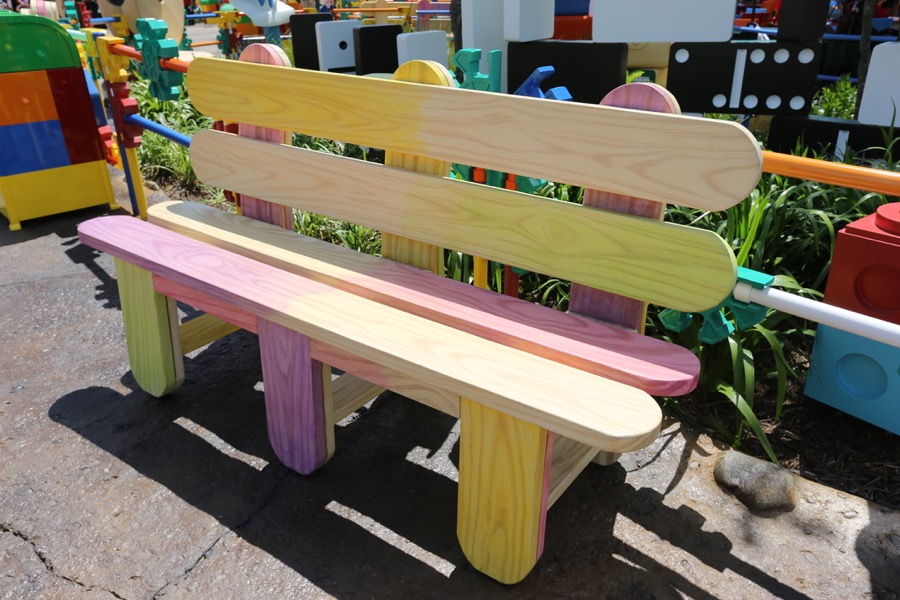 The real crux of my story here today is about the popsicle stick benches and the iconic clovers that are “planted” all around ‘a bug’s land.’ Those clovers really made guests, especially the youngest ones, feel as though they had shrunken down to the size of a bug once they took a walk under the Cowboy Crunchies cereal box. They look especially cool when the sun would shine through between the leaves just like it does in a real backyard. A REAL backyard. And the popsicle stick benches? Well, those are just cool because of the faded coloring on only half of each stick just like a real one.

Now, there just so happens to be a REAL backyard right here at the Walt Disney World Resort – Andy’s backyard inside Toy Story Land – and one of the biggest complaints I’ve seen since the land’s opening is the lack of shade and places to sit down. Why not ship those clovers and popsicle stick benches right on over to Disney’s Hollywood Studios where they would fit oh-so-perfectly into Andy’s backyard? I mean, clovers grow in yards, right? And we’ve already got a popsicle stick bench or two in Toy Story Land; couldn’t hurt to add a few more, right? Surely someone who works for Disney has thought of this, or am I being crazy here?

Please, Disneyland, for the love of everything, don’t let those gorgeous clovers and adorable benches from ‘a bug’s land’ go to waste when they would not only look amazing in Andy’s backyard, but they’d give guests the seating and shade that is so desperately needed in Toy Story Land!