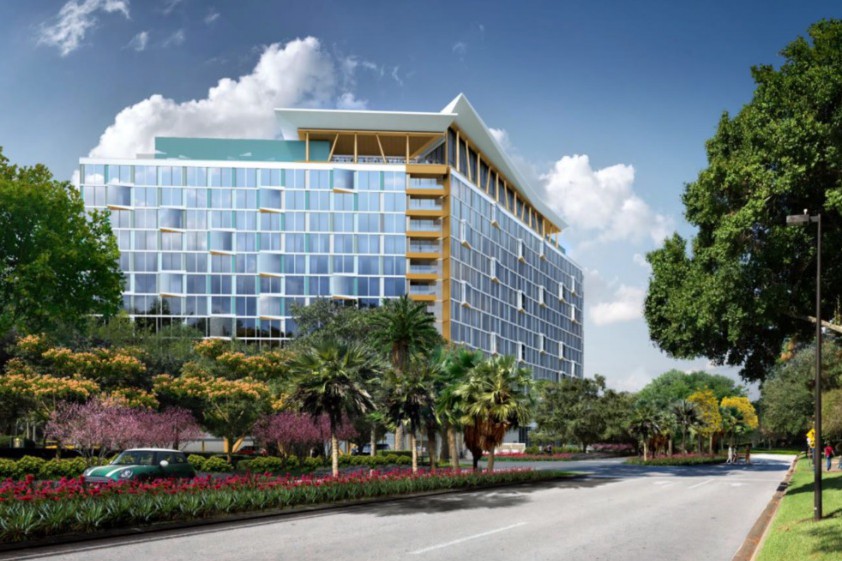 UPDATE 11/28/18: Marriott International has confirmed that The Cove hotel will be joining the Swan and Dolphin, bringing the combined resort up to 2,600 rooms.

According to Fred Sawyers, general manager of the Walt Disney World Swan and Dolphin Resort, The Cove will be “group oriented, giving companies that may have outgrown the property  a reason to come back.”

Sawyers said that occupancy at the resort was up 5% this year, adding, “demand has really been off the charts.”

The groundbreaking was held recently and The Cove is expected to open in less than two years.

The Orlando Business Journal has confirmed that real estate firm Tishman and Metlife Investment Management, the owners of the Walt Disney World Swan & Dolphin Resort, have finally announced that a long-rumored 14-story 349-room hotel tower will be built on the current site of the resort’s tennis courts.

Daniel R. Tishman, principal and vice chairman of Tishman, said in a statement that they are looking forward to “expanding the Walt Disney World Swan and Dolphin Resort and to marking the next chapter in our decades-long relationship with Disney. This expansion is an exciting continuation of our commitment to delivering a best-in-class experience for all resort guests, and is consistent with our recent enhancements of the Dolphin lobbies and resort guestrooms.”

The new hotel is set to feature 198 traditional rooms, plus 151 suites that offer private executive meeting spaces and the latest technology. The tower will also feature its own elevated pool deck, full-service health club, 75-seat restaurant, and 50-seat lounge.

There will be over 21,000 square feet of meeting space spread out over three floors. The top floor meeting space will offer views of the nighttime spectaculars at Epcot and Disney’s Hollywood Studios.

Construction is scheduled to begin soon, with the new tower expected to open in 2020.