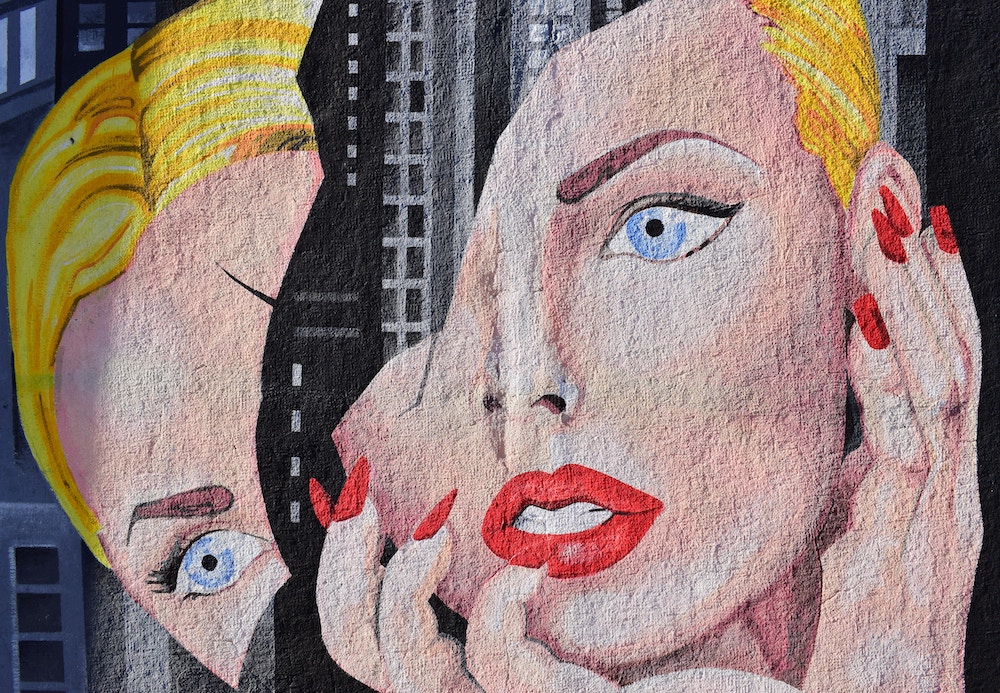 While bunkered down in isolation, I’ve been taking in the offerings of Disney+ and reflecting on some of the older, classic films that I hadn’t seen in years. In doing so, it has dawned on me that there is a common theme of darkness that I had previously not recognized.

Today we are going to take a less-than-objective look at the more perplexing characters you might find in Disney movies from years past. I have a lot of notes; some are sad, some are disturbing, and some coated with a heavy sprinkling of what-just-happened-here confusion. Stick with me as I unpack my feelings on some of the unsavory characters and themes throughout Disney’s history.

A little while ago, DIS Contributor Spencer Wright got me thinking about the Evil Queen in Snow White and subsequently how such an absurd violation of human rights could make for such history-making entertainment. Disney has this uncanny ability to take a story that would send the world into a state of shock if it were reported in real life (even in 1937) and animate it into an entertaining storyline with a hurrah ending able to neutralize any negativity that came before it.

Tales of everything from kidnapping, violence, jealousy, abuse, neglect, and murder somehow became the likes of Tangled, Snow White, Cinderella, and The Lion King. And not only have they made it to screen, we collectively loved them as childhood favorites, myself included!

Let’s back it up a bit and start at the beginning. I want to commence this exploration with a quick glance at the Disney stylings of 1937 through to 1951, more specifically, Snow White through to Alice in Wonderland. Now, I understand that it was the ’40s (mostly) and many creators were off-chops (that’s Aussie slang for under-the-influence) from a variety of illicit substances; however, Alice in Wonderland and its characters, in particular, have me puzzled. Ok, it’s pretty. Sure, it’s cute; but it makes about as much sense as when they tried to revive The X Files.

No one likes it when someone speaks out against the Disney classics. Even though many of us grew up worrying that after a hunter shot your mother in a field, a stepmother might force you into slavery or even worse, send her minions to cut out your heart, as grown Disney fans, we protect these ‘classic‘ stories as being an untouchable representation of Walt Disney himself.

The truth is, it’s ok to admit that you didn’t sleep for a few years because you were afraid that the lie you told about feeding your peas to the dog meant you were doomed to a life as a donkey in a freakish gypsy cage. Totally normal — thanks Pinocchio!

At first glance, Alice in Wonderland might not look as sinister as the other titles eluded to above. The 13 years in between the release of Snow White and Alice In Wonderland allowed Disney to conceal the endless peril in more color and character definition than ever before; though the most famous line from the movie still sums up that intention to scare the pants off of small children, “Off with her head!” Alice faced decapitation for merely existing in her own daydream. A fairly bleak existence for a young girl of the ’50s.

Just a few years later in 1955, Lady and the Tramp introduced audiences around the world to the creepy and off-putting demeanor of Si and Am. No one knew that twin Siamese cats could be so disturbing until they were featured in the film, and I am convinced they laid the groundwork to inspire the twins from The Shining later on in 1980. These two are spooky as anything and even now leave me looking for an excuse to leave the room. Their presence might be the only time that I offer to get my husband a drink or volunteer to refill the popcorn.

Let’s jump forward shall we, to some of the narcissistic and even sociopathic characters of more recent history. How about 1961 when the likes of Cruella De Vil graced our screens in all her psychotic glory. Puppy skins anyone? Not morbid at all…sure it makes for a cute movie about puppies and adventure, though I can’t help but wonder what all her other clothing is made from. Surely she didn’t just wake up one morning having developed a series of weird puppy-murdering business needs?

While Disney movies didn’t get much better when it came to the constant danger and jeopardy, they did get prettier. Add in a few catchy tunes plus some celebrity voiceovers, and that brings you up to around about The Lion King in 1994. The Lion King is said to be the 9th highest-grossing animated feature of all time (at the time this was written), and yet this one literally got away with murder without any help from Shonda Rhimes. Perhaps it was the presences of Elton John – some might say calming, others might say distracting – that allowed audiences to give this children’s murder movie the thumbs up at the theaters. Either way, I think everyone went to bed next to their siblings with one eye open that night — Casey, I’m watching you.

Then something curious happened. As the ’90s rolled on out and the century turned over, Disney began to soften. The peril was now implied, and the one-liners started to roll. Disney had finally caught up with the humor of its audience and it found a unique way to create children’s movies that were more appropriate for little ones and lace them with clever references and giggle-worthy jokes that didn’t make parents want to pull the fire alarm.

Female characters strengthened, and male characters became more multi-faceted than L’Oréal hair color. Not only were they the brave prince in the story, but they were now also vulnerable, funny, and kind-hearted. Female characters grew as well and continue to dominate the conversation of influences that will shape our equality-driven children into the future.

Our stories are being told less and less through the eyes of the surviving victim and more through the ambitious heroes and heroines facing their inner struggles. Rarely do we see our leading characters in mortal danger, now handling more realistic challenges that the audience can relate to, often reflecting cultures and traditions from all over the world; and all this they do while being filled with love, strength, and humor.

I will openly say that I laughed out loud at least four times when I saw Frozen 2. And that horse in Tangled? Hilarious.

To send you on your way for the day, I am going to switch gears here and leave you with a parting gift of confusion. It comes in four words. Mr. Toad’s Wild Ride.

What. Is. Happening. Here?

It is said that this Disneyland original was set to be a rollercoaster but turned into a dark ride when Disney wanted it to be a ride that was appropriate for all ages.

Appropriate for all ages. I am just going to leave that sentence with you for a moment.

Just because a small child is physically capable of sitting in the ride vehicle does not make it appropriate for all ages. There is nothing quite like going on the magical experience of Dumbo before heading over to the heated corridors of hell on Mr. Toad’s Wild Ride; a portion of the ride that’s intensity is entirely unrelated to the classic movie or book. More like a horror movie, if you are able to suspend your disbelief well enough, it is actually anxiety-inspiring. Did anyone order their all-ages ride with a side of demon and terror?

For those of you who have not been on this attraction in Disneyland, please know that I am not making some gross exaggeration, a section of the ride is very seriously heated to simulate the surrounding decor of, well, hell.

What are some of the characters in Disney history that you struggle to understand or cope with?

Do you prefer the darker tales from the older movies or the lighter, comic relief of new-age Disney?

Will you be adding these Disney classics to your watch list before you return to the parks?

Share the pain and let the therapy-like quality of community healing soothe your scorned inner child below.