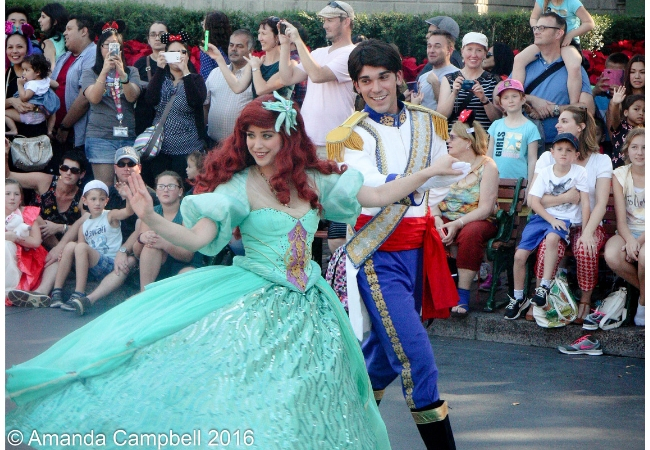 ShareTweetSubscribe
Disney Princess movies, especially the classics, have come under fire for their portrayal of women in recent years. Given this, I wasn't entirely surprised to see an article on Facebook from the BBC with the headline "Keira Knightley bans daughter from watching Cinderella or Little Mermaid". BBC 3 shared the following quote from Ms. Knightley as the content in their Facebook post:

"I mean, the songs are great, but do not give your voice up for a man. Hello!"

As someone who grew up with the princesses of the Disney Renaissance, I can't say that's ever been the message I took away from watching The Little Mermaid. Before I go any further, I want to be clear that I am not shaming Ms. Knightley for her decision. All parents have the right to choose what media we will and will not expose our children to, and I absolutely support Ms. Knightley's right to make that choice. I just disagree with her characterization of Ariel and the message that Disney's The Little Mermaid sends. One of the great things about literature — and art on the whole — is that there is always more than one way to interpret it. Interpretation of artistic works also change over time as our understanding and views of society evolve. Fairy tales are no different. While I can understand how Ms. Knightley comes to the interpretation that she has, I would ask her — and others who feel similarly — to take a moment and try to look at it from another perspective.

When I was a kid, I loved The Little Mermaid simply for the joy of Ariel's singing voice and seeing her dream (of living on land) come true. As a parent, I see the movie differently now. My daughter cannot speak with her physical voice. She uses an alternative & augmentative communication (AAC) device and non-verbal gestures to communicate. An estimated 2 million people use AAC devices (of various types) in the United States alone.

Where Ms. Knightly sees Ariel giving up her voice for a man, I now see Ariel navigating an unknown world virtually on her own — with no voice — and still finding a way to communicate, and yes, fall in love (and have someone fall in love with her). Ariel can be a powerful character for my daughter as she grows up — a character that demonstrates that you don't need to be able to physically talk in order to have relationships with others or to pursue your dream.

My daughter can identify with Ariel in a way that she can't with most other mainstream children's characters. How many (human) main characters in children's movies can you think of that do not speak for any length of time? I can think of a few characters, but they're either not human or not the main character. October is AAC Awareness Month, so I've been thinking about all of this a lot lately. I recently read an article on Scholastic.com entitled "Why It's Important for Kids to See Themselves in Books," and this quote stood out to me:

When kids enjoy reading titles with characters who look like them, it helps form a connection to the book on another level. Identifying with the characters in a story allows for a deeper comprehension of the text because kids are making these kinds of self connections.

This absolutely applies to movies and other media as well. Seeing characters that look like them is important for all children. The conversation I had with my daughter this morning really captures this whole concept: (Please keep in mind she has only had a device in which she could build sentences for about a year) Me: What have you learned from Ariel?

Me: How did you learn that from Ariel? (The following is an entire stream of thought she shared without stopping)

This is the most she's ever typed out in one fell swoop! We stopped there for a bit while she had breakfast. A little while later I asked her: Me: Why do you think Ariel is strong?

I'm not going to lie, I was a bit teary after this. If her words here don't showcase the power of being able to identify with a character, I don't know what does. There are so many messages one could get from The Little Mermaid. Determination, love, acceptance (of self and of others). Are these not qualities we want our children to embody? While I absolutely understand (and agree with!) Ms. Knightley's desire to teach her daughter about strong women and surround her with strong female models, I think we do a disservice to children to "ban" them from seeing certain Disney Princess movies based on how we interpret them as adults. There is a beauty to the innocence through which children see the world. Even if a child were to take away the message that Ms. Knightley did, that provides the parent an opportunity to talk with them — in an age-appropriate way — about that message. Kristen Bell recently talked with Parents Magazine about doing just this after reading Snow White and the Seven Dwarfs with her daughters and realizing that she had some concerns with the story. Rather than ban the story entirely, she asked her daughters questions and opened up a discussion about what they'd read. Now more than ever we need to teach our children how to talk about potentially difficult subjects, and to be open to hearing what someone else has to say, even if they disagree. Children learn through play, through imagination, through stories and characters, and through the guidance and modeling of their loved ones. That includes learning how to be open to other ideas, talking through differences, and discussing potentially difficult subjects. Let's embrace that, not avoid it!
ShareTweetSubscribe