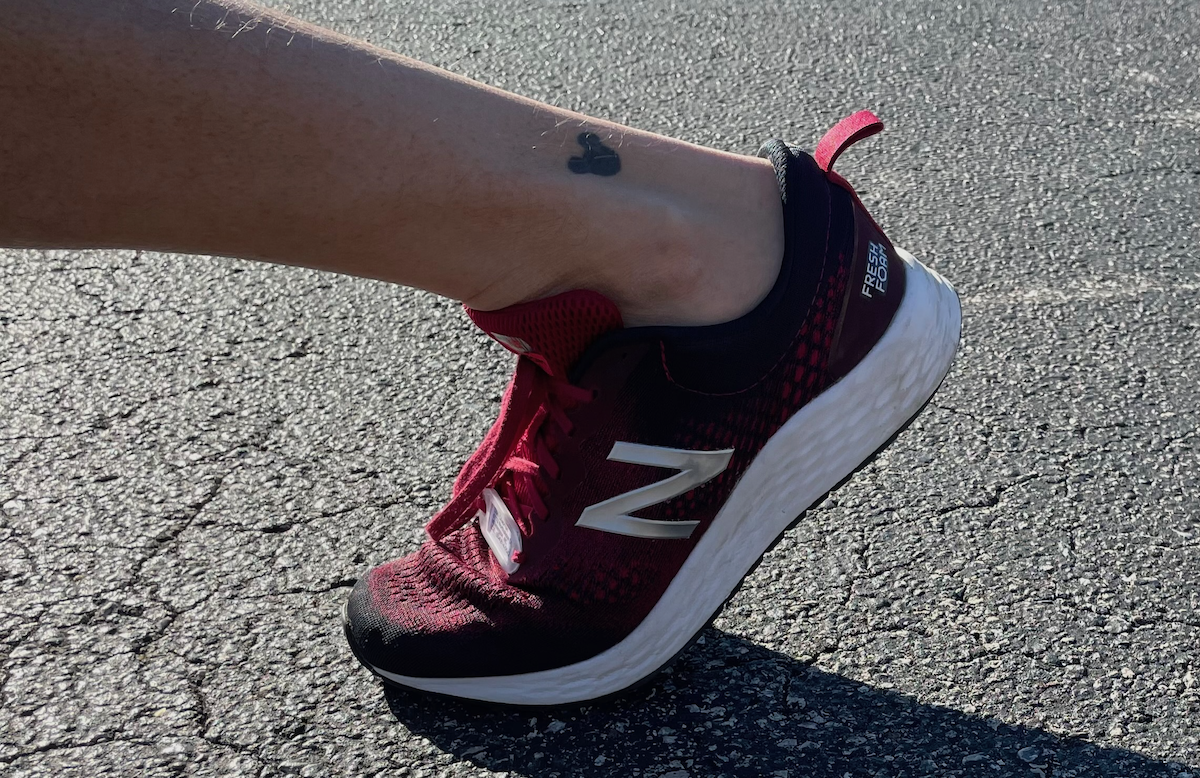 Three-thirty in the morning should be outlawed. But that’s the time to wake up to prepare myself for the run event of my lifetime, the runDisney 5K. After a cup of coffee and a stretch, I donned my race bib and set out to catch the bus that will take me to the start of the race. On the way, I exchanged sleepy looks with other runners who shared my dislike for 3:30 am. But in no time we were off-boarding into the madness that was the race start.

What a pleasure it was to get the blood moving. I know it is not recommended, but I had to have my earbuds in and my jams going to keep me moving and motivated. This is going to sound weird, but my go-to music for a Disney run is the soundtrack played on the WDW Today Channel on resort room TVs every morning.

During the run, I passed and was passed by other runners dressed in costumes that I doubted were ever meant for running. But costumed they were. It was pure joy.

And then there were the characters for pictures. Not only beloved Disney characters, but also characters from Star Wars, and what I guess were from the Avengers series. I’ll be honest with you…not a big superhero movie fan. I just never caught the bug. I don’t really care much for any superhero except John McClane.

Oh, there’s Spaceship Earth! I would’ve never thought I’d be passing by the symbol of EPCOT at this early in the morning, but here we were.

As is always the case, time plus forward momentum gets me to the end of the race and I am elated. And with so much adrenaline still pumping through me, I’m not really in too much pain, or at least I didn’t notice. I felt like an Olympic champion when I put on my coveted race medal.

My time was decent. Not my fastest, but then again there were many distractions along the way that made me slow up a bit to embrace before moving on.

I was all set to run in the Star Wars runDisney 5K event in April of 2020. I had registered a full 10 months before the event, and my family and I all made plans to be down in Walt Disney World for the race and get our Disney fix. We three families booked our flights, made hotel reservations and even bought park tickets. We were all set.

But then that thing happened that Must Not Be Named except to say it started with a “C” and ended with “OVID-19” (see, I am also ambivalent about Harry Potter but I can still sneak in a reference to endear any HP readers).

So that ended my dream of running in the race. Also, it interfered with my celebration that it would be the last time I ran. That’s because I hate running. I’ve always hated running. I think it may be my gait or just general awkwardness that made running a truly unpleasant experience. I was clearly not doing it right. But I justified it with my need to exercise, running is the cheapest form of exercise I know, and it helps keep the weight off. Except lately, if running was supposed to keep the weight off, then running wasn’t doing its job.

So I made it a point to train for the race and then the end of that race would mark the end of my running folly and convert to a dedicated walker. I still need to exercise, but I didn’t have to dread it.

Instead of going out in a blaze of glory, I unceremoniously ended my running career on a whimper.

Fast-forward to April 2021. I was still moping about missing out on that experience when I had a random runDisney promotion drop into my inbox. It gave me an idea on how I could run in a runDisney event while Disney had yet to restart the runDisney in-person events. I could do a virtual runDisney. I would run my own 5K in my own hometown, and then report my results to the runDisney team and finally get that medal.

Ugh. The only problem was that I had retired from running. In fact it had been a year since I stopped. And my experience has always been that if I take any time off from running, my endurance begins to diminish rapidly, so when I start up again it was like I’d never run before. Registering for a virtual runDisney race meant I had to dust off my running shoes and fitness watch and break myself in all over again. And so I re-entered the runners world.

On race day, I selected a route I’ve run many times in the past. It’s a loop in my town that is used by a multitude of other runners and walkers, and has been the site of many 5K races, three of which I ran myself. Being a Disney Purist, I needed to be sure I ran exactly 3.1 miles, so I knew this would satisfy that requirement.

It was a beautiful April day (one year or so later) that I started out, not at 5:30 am but a more reasonable 8:15 am. I had my earbuds in, ready to jam to some Disney tunes. Race Day had arrived.

I wear a fitness watch that records time and heart rate. It requires two taps to start the clock. Not 100 yards into the race I realized I forgot to hit the watch the second time. So again, being a Disney Purist, to still record the time of a 3.1 mile race I just added 100 yards to my run.

So I ran at a leisurely pace since I never felt it necessary to compete against my past times. I still imagined in my head passing Spaceship Earth, seeing the other costumed runners and Disney, Star Wars, and Avengers characters along the way. And when I finished at a time of 36:26, I reveled in my accomplishment.

And I finally got that medal.

At the end of the route, there is a park with a series of benches. I sat in one where I reflected on the profound realization that, as of that day, I will never have to run again.

I think the concept of the Spirit of Walt is about experiencing Disney in our daily lives, wherever we are.

We don’t need to be in the parks, or on a cruise, or running around EPCOT at predawn hours. Whether it’s breathing in a Disney-themed scented candle, to trying a recipe from a Disney restaurant, to listening to Disney elevator music, we can enrich our lives and our relationships by doing one simple thing: embrace the Magic.

I’m retired from running. And this time I mean it.

Unless I’m being chased. In which case I can only hope the bad guy takes pity on me for my awkward gait.