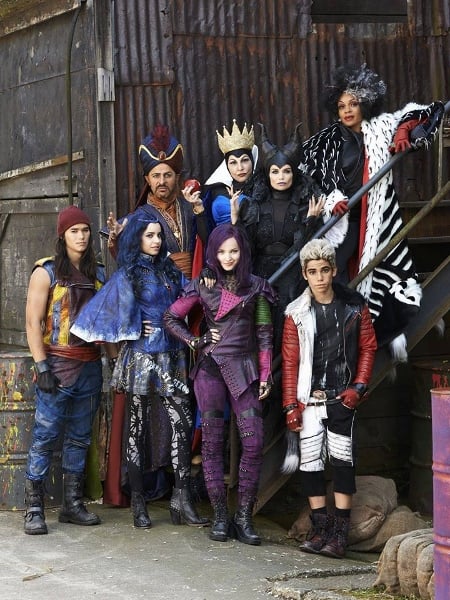 Premiering July 31st, Disney Channel’s new movie, Descendants, tells exactly what life is like after our beloved fairy tale “happily ever afters.” Set in the idyllic kingdom of Auradon, this music-driven story follows the sons and daughters of evil as they meet their innocent counterparts who just so happen to be the teenage progeny of Sleeping Beauty, Cinderella, Mulan, and Fairy Godmother. Together, the offspring of Maleficent, Jafar, the Evil Queen, and Cruella de Vil embark on a journey that will determine whether or not they will follow in their infamous parents’ footsteps. To celebrate, a new line of merchandise is out in stores to bring a bit of good and evil to your world. Descendants appears to be Disney’s answer to the fandom of Monster High, Bratz, and Ever After High. All of these have been incredibly popular in the pre-teen set and creating a new group based on classics such as Cinderella and Snow White adds a unique twist that is bound to make the franchise successful. Edgy, bold, and confident seem to be the best words to describe characters, something that kids today are drawn to. The new merchandise collection will satisfy just that craving.

Geared primarily for girls, a variety of clothing items are hitting the shelves at Disney Store, Kohl’s, and JcPenney. Faux furred vests, graphic tees, moto jackets, skirts, and more are all modeled after your favorite character. I love the vivid colors and numerous fabrics used. In addition to clothing, there is also a variety of accessories available including those that give fans the opportunity to create their own Descendants style. Charm bracelets, tattoos, and even nail design kits featuring emblems from the movie will hit shelves mid-August. These are sure to be a hit and super fun. I’m particularly in love with these three items. The first is a necklace inspired by Evie, the daughter of the Evil Queen, and features a red heart jewel and gold crown. To match, the second is a fun metallic apple purse that even has a bite bitten out of it signifying the Evil Queen’s plot against Snow White. The last item incorporates one of my favorite things: sticky notes. 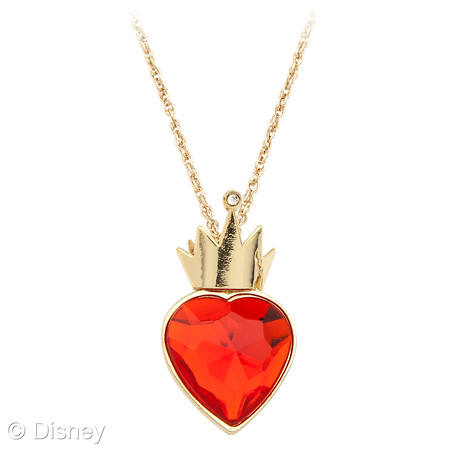 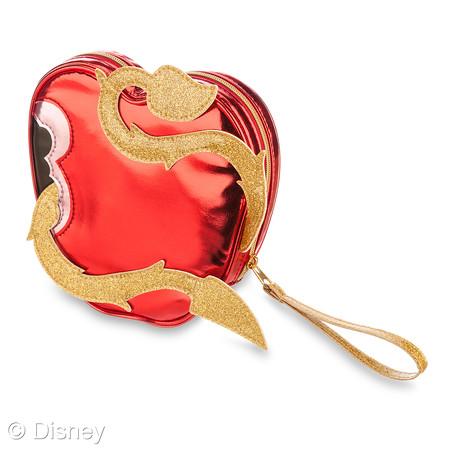 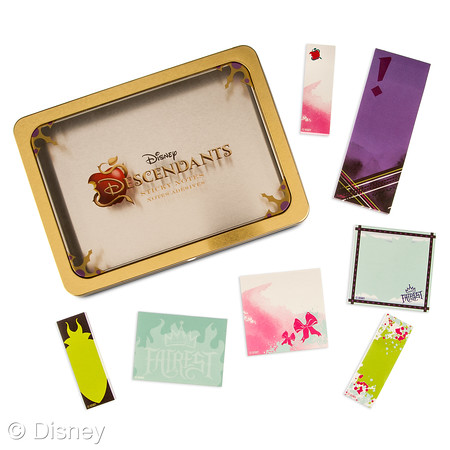 For tech fans, there’s a few trinkets that will help you display your Descendants love. My favorite is the phone cover from KIDdesigns. It is for the iPhone 6 and will be sold on Amazon again starting in August. There are also noise isolating ear buds and fashion headphones on their way. Even though it isn’t a traditional “accessory” per se, Melissa De La Cruz’s Descendants novel, The Isle of the Lost, is definitely a companion to this franchise. I recently purchased it and can’t wait to devour the storyline which serves as the prequel to the movie. The text was published in May and already has made its way onto multiple lists as a mid-elementary school favorite. A collection of dolls tops off this collection of Descendants merchandise. These include both the villains as well as the heroes from the film. The fashion designs of each doll perfectly fits the characters themselves. There’s even a coronation assortment complete with full ball gown and crown. Be sure to check out Disney Channel’s new movie, Descendants, this Friday and learn all about the world after the stories end. Happy shopping!