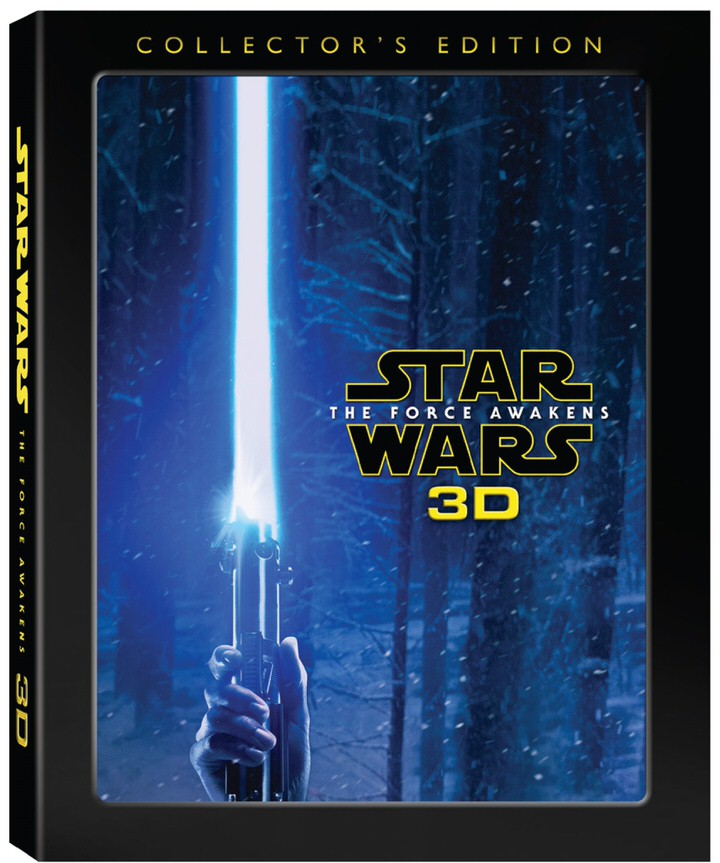 If you are a massive Star Wars fan, then chances are you were disappointed with the April Blu-ray release of Episode VII – The Force Awakens. While the release had spectacular audio and video along with some great bonus features like “Secrets of the Force Awakens: A Cinematic Journey,” there was no 3D release and no commentary track for the film. That has been fixed and given some extra love with the Star Wars: The Force Awakens 3D Collector’s Edition Blu-ray release, which is now available to buy! Let’s talk about why you should pick up this release today.

I know 3D movies are typically a love or hate kind of thing, but here is my perspective on it: If a movie is released in 3D in theaters then you should see it in 3D, because you may not have a chance to see it again in that format. Luckily, we don’t have to worry about that with The Force Awakens as we finally have it to watch at home and although it isn’t quite as good as the 3D theater experience, it is still pretty awesome. The depth created by 3D along with the amazing picture and audio quality just surround you in the movie in an extremely unique way. If you don’t have a 3D TV at home, find a friend who does and take this over to watch – you won’t be disappointed.

If you paid attention above, you may have seen where I said the original Blu-ray release had some awesome bonus features. Well, they took the bonus features to the next level with the 3D Collector’s Edition and it is nirvana for all of us Star Wars geeks out there. Let me break down my favorites:

These are just some of the reasons why you should not hesitate to pick up The Force Awakens 3D Collector’s Edition Blu-ray. I could keep going on about how you get all of the special features from the last Blu-ray that came out or how the packaging for the Collector’s Edition is a work of art and worthy as a display piece alone, but I shouldn’t have to. This is an expensive release, especially if you already bought the first Blu-ray, but it is a must-have for the biggest Star Wars fans out there and who isn’t?