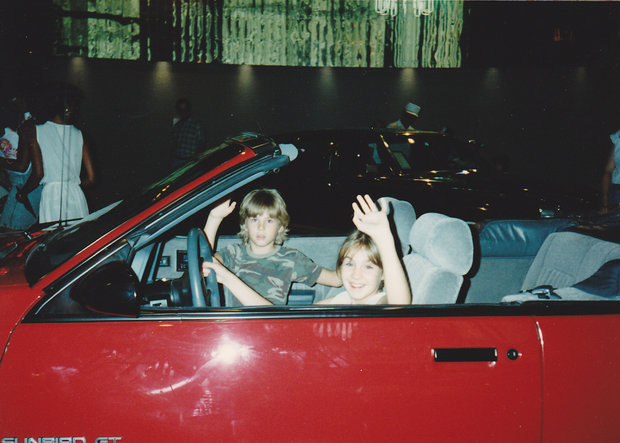 ShareTweetSubscribe
My EPCOT Center has been gone for awhile... ...and although I've slowly been dealing with what I see as a neglected, bare-boned version (now with even less attractions), new problems are popping up from a lack of vision for this park's future. But I digress. Do you remember how much of a nightmare it was when Anna and Elsa were in Norway? The streets crowded, the lines longer, the shouts higher-pitched, and the foot traffic unbearable! Can the World Showcase (and EPCOT for that matter) accommodate the influx of children when the new area opens? The lines were four-to-five hours long and ended up invading space in Mexico on some days (I'm sure they'll be contained in a nice, air-conditioned building soon). How about the inappropriate language that follows the college-aged park goers who have recently discovered Drinking Around the World and how that clashes with the little ones on their way to see their favorite Queen and Princess? Oh, excuse me, if you haven't heard already, the old Viking Ship playground area (remnants pictured) in Norway (which has sat dormant for more than a decade with trees and brush overshadowing a forgotten era) has been allotted for a new meet and greet building for Anna & Elsa (along with a new women's-only bathroom). Its opening corresponds with the new Frozen ride that replaces the Maelstrom, one of the oldest standing attractions in EPCOT (that still had regular 40-60 minutes advertised for standby wait times during its last year in operation). The building is expected to open in late 2015 and the attraction in early 2016 from what I can gather from reports. I'm going to tell you now, for families, those attractions will be two FastPass selections right off the bat when they're both up and running. The tier system has to adjust, unless Disney is ready for the ultimate backlash. 1st Tier Attraction Problems Soarin' and Test Track (and Maelstrom) are(were) all first tier FastPass selections (currently Illuminations viewing areas and Living with the Land, as well) and by comparison, there is no tier system for the Magic Kingdom. I know what you're thinking: when Anna & Elsa appear in the new space at EPCOT, will their presence and new ride require Disney to rethink the selections on the tier system? They'll have to do something; families will want to plan on Soarin', the new Frozen ride, and the Anna & Elsa meet and greet as their three selections-but if they're all 1st tier, you can only pick one of these. After the third concourse construction is completed on Soarin', standby times "should" be under 90 minutes after that opens (or close one concourse to clean that screen and have the other two open, repeat that process until all three are ready for peak), but its first tier status will not change. I predict that'll also be the case with the new Frozen ride, since Maelstrom was a 1st tier attraction as well. The solution? Anna & Elsa meet and greet will most likely be listed as a 2nd tier attraction; since the EPCOT character meet and greet at Innoventions is already listed as such, there is a basis to believe that even when the popular characters arrive, they should still fall under this category. I suppose the thought process is that smaller children who are interested in meeting the Frozen characters aren't tall enough or interested to ride the Soarin' attraction and would be drawn to the new Frozen ride (although the height requirements would be similar, the style of ride would be different). There have recently been test periods of 4 FastPasses per day, so that could possibly stick as well. Not "Kid" Friendly Saga Continues Kidcot, the Phineas and Ferb interactive game, Via Napoli (and other interactive dining experiences like Breakfast at Akershus with characters), Club Cool, Art of Disney, as well as the hands-on displays at Innoventions and Project Tomorrow are often overlooked or dismissed by families who blast EPCOT for not being a kid-friendly park. While I can agree with the argument that the 80s-styled futuristic (now retro) feel of Future World may not be as palatable as to what this demographic is used to being immersed in (like the Magic Kingdom) while at Walt Disney World, the point of the design was something different. Adults can only take so much enchantment and wonder and happiness, right? All talk of atmosphere aside, the goal of this park is to entertain while showcasing advancements in technology and culture. There are also many areas in the park that are only functional during special events, so re-purposing these for children instead of roping them off after the events conclude would definitely help. The Monstrous Playground (located on your right just before entering World Showcase) seemed very successful when we passed by it last year during the Flower and Garden Festival (great cast member interaction-at a little kiosk, they were giving out free planting seeds to the children and all of the parents who were gathered around asked if they were just for them and one of the cast members said, "we're all children at heart" and then proceeded to hand them out to the parents as well). Regarding Crowd Control If EPCOT were to re-imagine the Captain EO attraction and the Imagination Pavilion were to reopen and extend ImageWorks upstairs, then families would be suggestively "contained" to the west side of Future World (unless they want to take a nap on Ellen's Energy Adventure) and only pass Mexico en route to Norway. The sad truth is that regardless of the changes you expect Disney will have to implement to accommodate the volume of guests drawn to this new attraction, there won't be anything major. West Side is the Best Side... for Families!

That, my friends, is EPCOT in a nutshell. My best guess would be that the International Gateway access schedules and functions will stay the same. However, playing devil's advocate, the Norway Pavilion could possibly have another crisis on its hands if breakfast at Akershus suddenly included Anna & Elsa on the character list...that would blow Be Our Guest Restaurant out of the water as the hardest Advanced Dining Reservation to get.
ShareTweetSubscribe
GET A NO-OBLIGATION DISNEY WORLD PACKAGE QUOTE