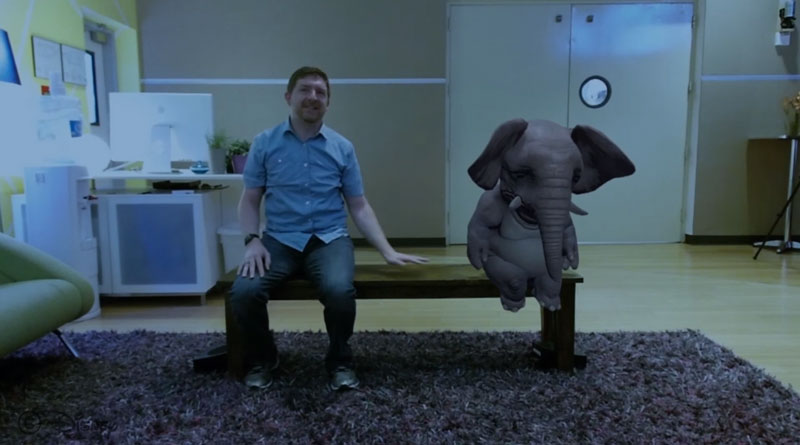 It is easy for those of us who voraciously devour Disney entertainment in all its forms to forget: making magic involves research. For every new announcement about a groundbreaking new attraction or game-changing technological innovation, there are teams of Disney scientists spending extensive time and energy to develop it.

If we want to know what surprises are around the corner, we should be paying attention to Disney Research.

Until recently, those of us not in the parks or entertainment industries were privy to very little information about how exactly our favorite attractions were built or features were filmed. Thanks to the era in which we currently reside, we have access to more of the creation process than ever before. So, we can expect an answer when we can ask, “Who is Disney Research and what are they working on right now?”

In their own words, Disney Research “combines the best of academia and industry, by doing both basic and application-driven research.” Their mission statement says,

“Disney Research’s mission is to drive value for The Walt Disney Company by delivering scientific & technological innovation Company-wide. Our world-class research talent invents and transfers the most compelling technologies enabling the Company to differentiate its content, services, and products.”

Basically, they research and develop technology to make sure that Disney is never at risk of being less-than-unimaginably rich.

The technology they produce finds its way into all areas underneath Disney’s vast umbrella. That means, if we want to see the future of the parks, we have to see what Disney Research is currently working on.

Augmented reality, or mixed reality, combines real world surroundings with digital effects to make it appear as if you are interacting with a computer animated feature right in the real world.

Basically, it makes amazing things look like they are really happening.

One of the downsides to this is that it usually requires participants to don headsets or other gear to experience it. Disney Research wanted to take wearable tech out of the equation, while simultaneously making it possible to enjoy in groups. Enter Magic Bench. Magic Bench intertwines unique projections with depth sensors and haptic actuators to simulate the feeling of being in the room with animated characters and effects.

A participant sits on the bench; in front of them is a screen with a mirror image of the room. As an animated character enters on the screen, depth sensors allow the viewer to occupy the same space and interact with the character. The haptic actuators give feedback to the participant so that it actually feels like they are part of the interaction.

As Disney Research Principal Digital Artist Mo Mahler explained, “Our mantra for this project was: hear a character coming, see them enter the space, and feel them sit next to you.”

This experience can be extended to groups as well, so that a party of people can follow the same story and interact together.

Disney has made it clear that it is not against using augmented technology in the parks, so don’t be surprised to see Magic Bench lead to something greater in the future. Here is Disney Research’s video for the project: While this project may not initially seem as exciting as Magic Bench, it does have applications that Disney fans should respect. Namely, animatronics.

Disney Research has designed a computational tool for developing non-rigid bendable structures to be used in a wide variety of machines. Well suited to 3-D printing technology, the program would allow for better design of bendable parts to replace joints and complex mechanisms.

This technology could find uses that far exceed Magic Bench; from everyday objects, to merchandise, to devices, to park animatronics. The project’s video is below. It is probably more suited to the technically minded, but if you have a love of Disney’s animatronics and want to see part of the development process for yourself, go ahead and skip to the 2:30 and 3:30 marks for some examples.