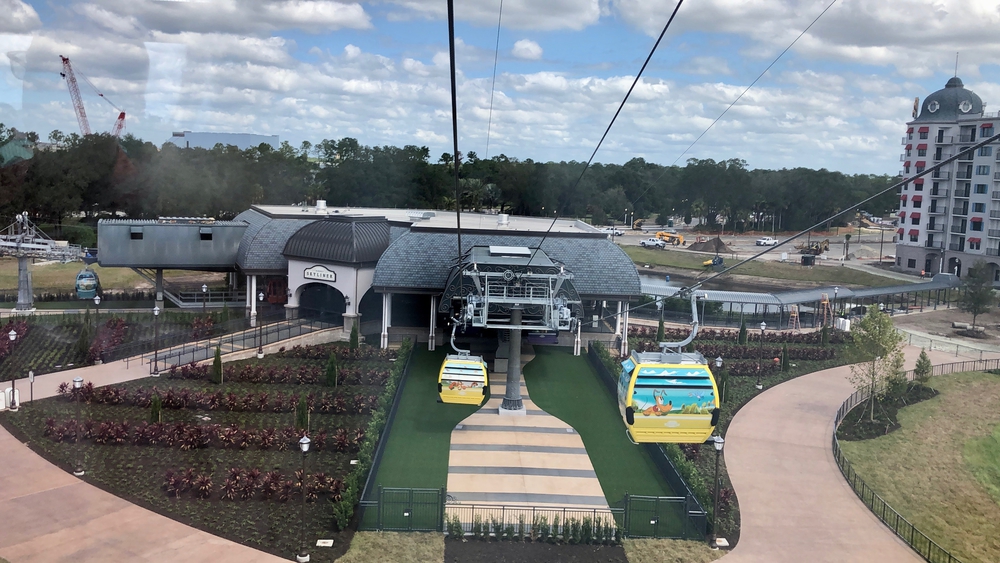 According to WESH 2, 911 call records have been released from the evening of October 5th, 2019 when Walt Disney World guests were stuck in gondolas due to an incident on the Disney Skyliner Epcot line.

According to the obtained records, a few of the guests who were in the Skyliner cabins were having medical issues. One of the conversations from that evening is below:

"We're stuck on the Disney Skyliner. It's going on two hours now and we're not really, we're getting some automated message saying that we're moving shortly," a caller said. "Is anybody having a medical emergency in your car?" an emergency operator asked."No everybody is OK. We just, I mean," the caller responded. "I understand. I know you've been in there for probably over two hours right now. We do have help on the way. They are trying to get it up and running and we have our units standing by," the operator responded.

According to the Orlando Sentinel,"... a man told the 911 dispatcher his wife was going in and out of consciousness and had a fever. The 32-year-old woman can be heard crying in the background as her husband relays that she has a heart condition and has been on medication." This account, along with others, depicts how scared and unsure the guests were during the ordeal.

As previously reported, Disney released a statement on October 7th in response to the incident:

"We have a team diligently looking into the cause of the malfunction on the Epcot line of the Disney Skyliner. We have been in contact with the guests, many of whom were on the Skyliner for more than three hours until we were able to restart the system. We express our sincere apologies for the inconvenience and continue to work with each guest individually."

"We know many of you have been looking for an update on Disney Skyliner and are glad to share that it has reopened to guests today. Following a complete review with the manufacturer, we’ve made adjustments to our processes and training, and we are improving how we communicate with guests during their flight with Disney Skyliner. We again offer our deepest apologies to the guests impacted by the malfunction that resulted in extended operating delays on Oct. 5."