Additional Theming May Be Added to a Hollywood Studios Attraction Soon 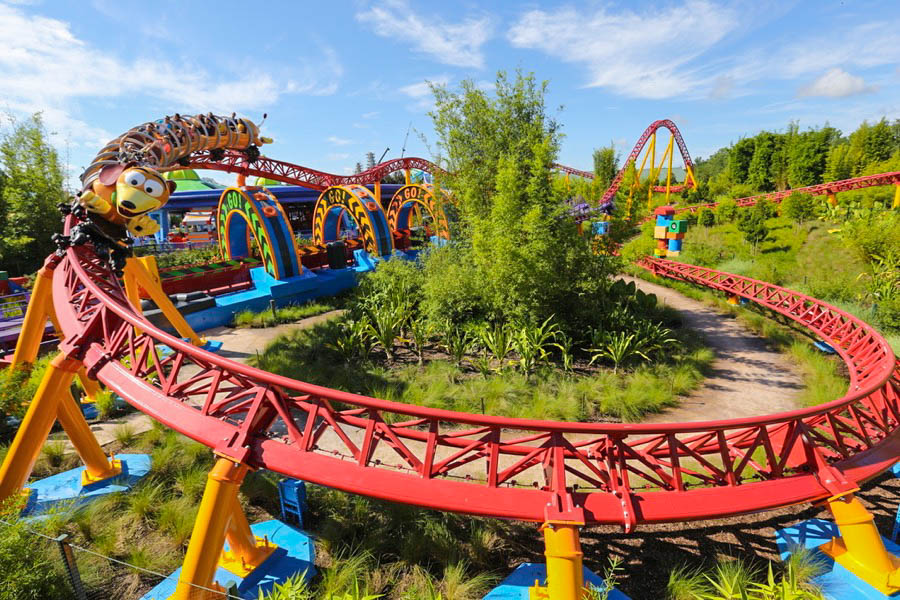 A permit filed today could imply that additional theming is in store for an attraction adjacent to Stage Lane in Disney’s Hollywood Studios. Although there are a few possibilities, based on the address of the project and contractor involved, it currently appears that an attraction in Toy Story Land might already be adding onto its ride and queue theming.

A notice of commencement filed September 5th with Orange County describes “Scenes 5, 7 & Queue Installation” as the areas where work will commence on the property. These notices expire one year after filing unless another date is noted, which is not the case here, and are usually posted shortly before work begins. The listed address for the project is 555 Stage Lane; Stage Lane is a backstage access road on the north and south sides of Toy Story Land. Slinky Dog Dash would be the closest attraction to that specific address, as 555 is located on the north stretch of the road directly above it. The contractor for the work is MAD Creative Fabrication, LLC, a local company based out of Mercy Drive in Orlando. MAD specializes in custom fabrications and art installations, and most of their previous work seems to consists of smaller projects. The nature of the company suggests that any additions to theming, whether on Slinky Dog or another attraction, will not be a large scale endeavor and likely not affect the location’s operation to a significant degree. Judging from the small staff size and nature of their work, it seems more likely that custom set pieces would be installed to add to the theming already present.

As a backstage road is listed as the address, it is always possible that the project is related to an attraction slightly farther away. Access would technically be feasible for a number of additional attractions, including all of Toy Story Land, Walt Disney Present, Voyage of the Little Mermaid, and Star Wars Launch Bay, although a closer address could have been used for many of those locations.

The upcoming Mickey’s & Minnie’s Runaway Railway is a likely enough suspect for the project, as it can be reached through that access road. We don’t currently have much information on the queue design or what individual scenes would entail, but we do know that completion is expected in 2019.

Toy Story Mania! cast members refer to the ride’s areas as scenes — scene 5 is the Army Man plates and scene 7 is the Bonus Round — so it would be possible for the addition of small props or set pieces related to the upcoming Toy Story 4 to be planned.

Some of MAD Fabrication’s previous works do relate to Star Wars and Pixar, so it wouldn’t be inconceivable that custom set pieces are being fabricated for Launch Bay or future Galaxy’s Edge areas as well.

Given the listed address for the work, Slinky Dog Dash or Toy Story Mania! seem the most likely locations for this project, but there are many possibilities. As more information presents itself we will update this story accordingly.