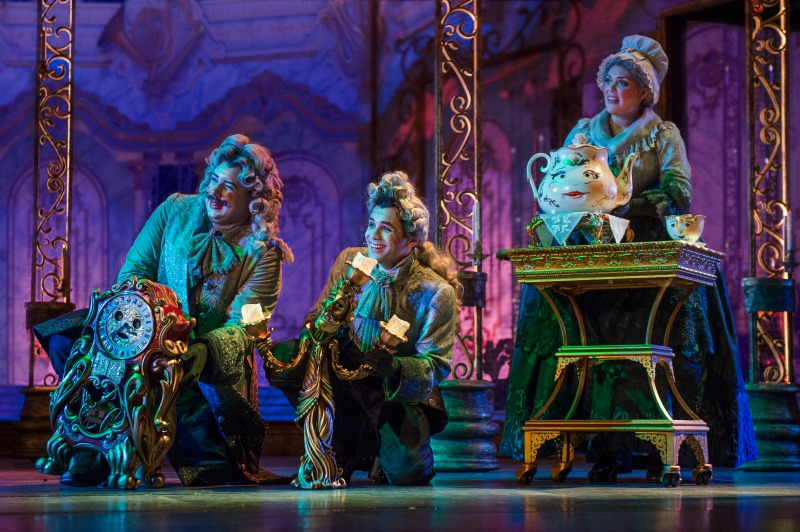 Beauty and the Beast made its debut during the Disney Dream voyage which departed earlier this week, joining an incredible lineup of Broadway-style stage productions aboard the ship.

This version of the tale as old as time was inspired by Disney’s live-action adaptation of the animated classic. The show utilizes the most imaginative elements of both the live-action and classic films.

Guests will once again fall in love with the enchanted fairytale as they see the transformation unfold before their eyes through true love and courage. This new production of Beauty and the Beast celebrates the romance, adventure, and magic of the live-action film while mixing in the charm and nostalgia of the award-winning animated feature.

Beauty and the Beast brings the timeless classic to life like never before with a style of theater that combines classic storytelling elements with cutting-edge technology to create a unique, theatrical experience in the Walt Disney Theatre. An innovative take on the story transforms renowned songs into spectacular, show-stopping numbers, and lavish costumes and puppetry bring a fresh perspective to beloved characters.

Unveiling the magic of the enchanted objects

This new production has successfully given life to the enchanted objects of Beauty and the Beast. by combining costuming and puppetry in such an immersive way. Beloved characters like Lumiere, Mrs. Potts, and Cogsworth have been brought to life in an unbelievable way and true to scale with the use of innovative puppetry and elaborate costumes.

Re-imagining a tale as old as time

The theatre's stage uses the scenic motif of a music box to guide the audience through the story. There is a completely immersive, transforming set that uses a combination of high-definition projections, dynamic scenery, and a little bit of Disney magic to take audiences on a magical journey through the music box, from Belle’s provincial French town to the Beast’s mysterious castle.

Orchestrating a song as old as rhyme

Beauty and the Beast features songs from the original animated film’s award-winning soundtrack by acclaimed composer Alan Menken and lyricist Howard Ashman. Complementing the score, the performance also includes two of the new songs that were expressly created for the live-action film by Menken and lyricist Tim Rice, How Does a Moment Last Forever and Days in the Sun. Enchanting arrangements and orchestrations bring a unique musical identity to the production.

Cherished songs like Belle, Something There, and Beauty and the Beast received a musical makeover that reflects the show’s stylized approach, while songs like Gaston and Be Our Guest leap to the stage as joyful and exuberant production numbers.

One of the most iconic songs in this tale has been completely re-imagined for the stage. Be Our Guest is a multi-course French dinner rooted in imagination and fantasy, as rousing choreography and dazzling visual effects fill the stage during this full-fledged spectacle.

Ready to book your next vacation aboard Disney Cruise Line so you can see this phenomenal production? Visit us at Dreams Unlimited Travel for your free, no-obligation quote.