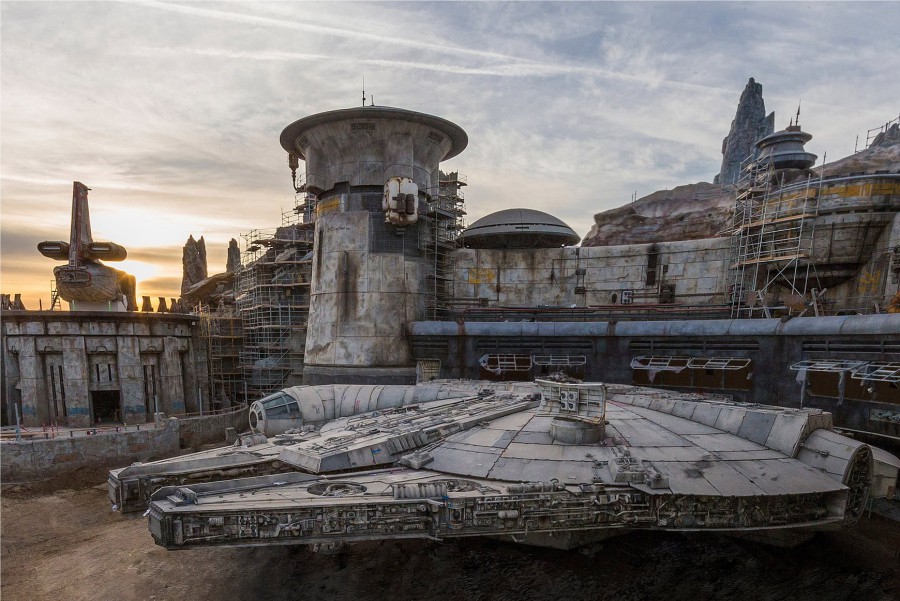 In a recent interview with Barron’s, Bob Iger, the Chief Executive Office for The Walt Disney Company, hinted at an June 2019 opening date for Star Wars: Galaxy’s Edge, the new land being built at Disneyland Park.

Officially, the 14-acre land is scheduled to open “summer of 2019” at Disneyland Park and its sister land in “late fall 2019” at Disney’s Hollywood Studios. In discussing ticket prices and getting more people in the parks, however, Iger mentioned a June opening in Anaheim.

Barron’s: Do you still feel like you can bring more people through the parks, or is it more about growing ticket prices?

Iger: In some, you get more repeat visitation and increased length of stay because there’s more to do. You get more capacity. When Star Wars opens in Anaheim in June and in Florida later in the year, that’s adding capacity. You’re adding 14 acres of land [each], more rides, and more things for people to do. It’s the biggest land we’ve ever built. We’re just getting higher demand on our product spread throughout the year. That gives you pricing leverage. But what we’re also trying to do is be much smarter about pricing strategy, to try to spread attendance and reduce attendance in the peak periods so we can improve guest satisfaction. Crowding is an issue.

Much of the rest of the Barron’s article is aimed at investors, but Iger did get the opportunity to comment on spending time in the theme parks and discusses his favorite attraction:

Barron’s: What’s your favorite thing when you go to the parks—or do you just look at it as a businessman?

Iger: I look at it as a human being. I go there and I marvel at how many people are there having the time of their lives. You just get the sense that in a world that can at times feel dark and as sinister as it is, these are people that have escaped all of that. They have spent time and good money, I will say, to provide themselves and their friends, their family, their loved ones, an experience that not only is going to make them feel good, but that they’re going to remember forever. That is never lost on me. I appreciate it as an executive, as a human being, and as a parent. I have grandchildren I take there.

I happen to love Pirates [of the Caribbean]. It was the last attraction Walt was really involved in creating. He died just before it opened. And you go and you think, this is just silly, but it’s great. You look at Main Street and you look at kids meeting Mickey. I love it because of what it means to people. I don’t go thinking, “Wow, look what we’re charging for these churros. Isn’t that great?”

Barron’s: What’s it like to go to a Disney park as Bob Iger’s grandchild?

Iger: It’s different for them, I will admit. They don’t wait in line.